Although it was a wait of several months to get their handsome “landscape designer” on the blog, without further adieu I give you NEWTON! 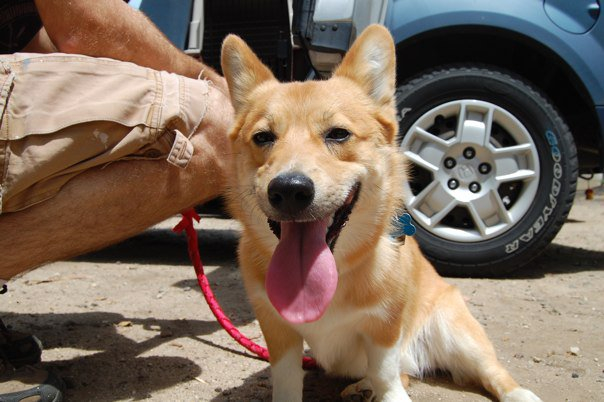 “Newton is a one year old, red and white Pembroke Welsh Corgi we found through a breeder in Ventura County, California. 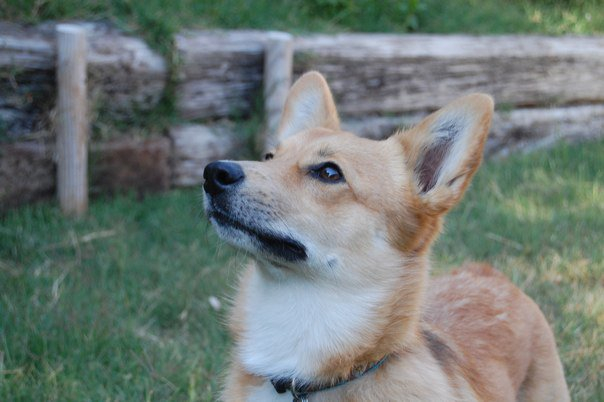 They’d just had a litter in July and were placing their newly-minted pups. 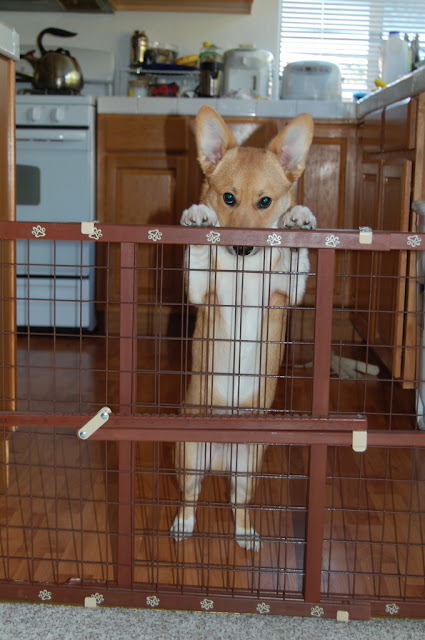 Newton is good at mugging for the camera … 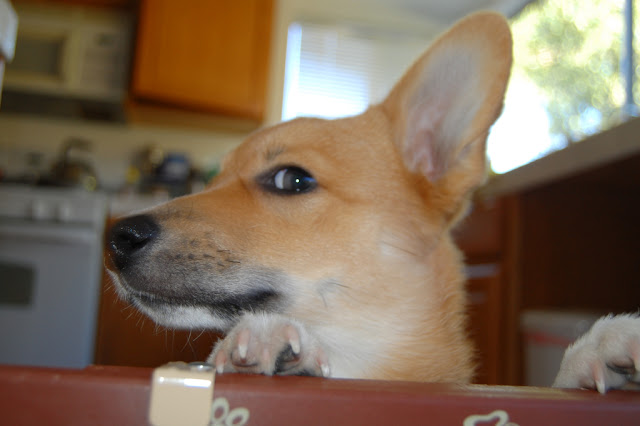 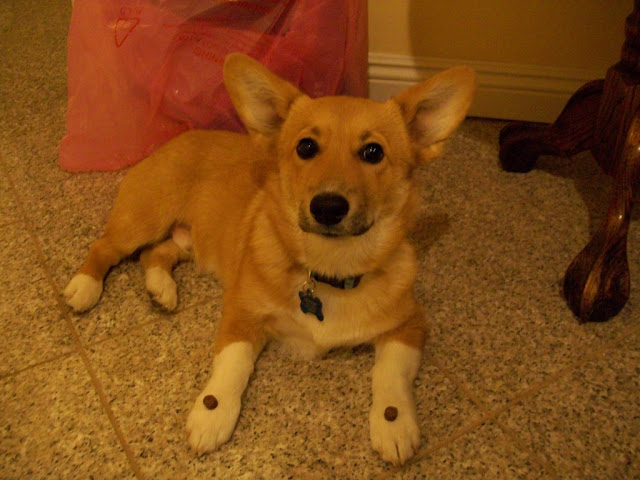 Newton is my wife’s first dog and the first dog I have owned in quite some time. We’ve only had him for nine months but he’s pretty much that “once-in-a-lifetime” dog that everyone should experience. 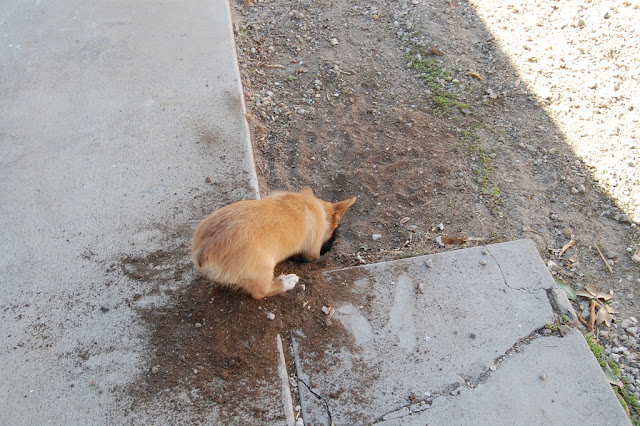 Newton has the run of our house in here SoCal and like all Corgis I’ve known, he spends his spare time landscaping.  His current project is creating a scale model of the lunar surface out of our backyard. 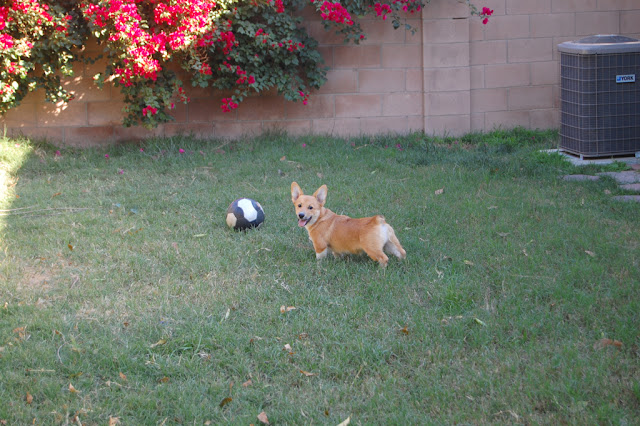 When not digging, his favorite activity is playing soccer.
He’s a very quiet dog; Newton rarely barks at anything, except at me when I don’t kick the soccer ball back to him fast enough or when one of us tries to fill in one of his more recently excavated craters. 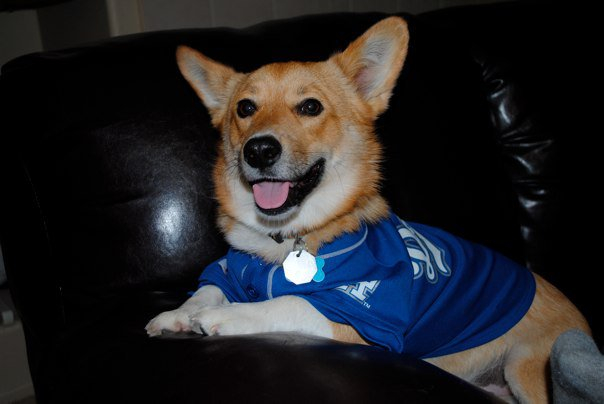 Other than yard work and soccer, Newton likes food, the Dodgers, food, chasing squirrels,and, what else, food! 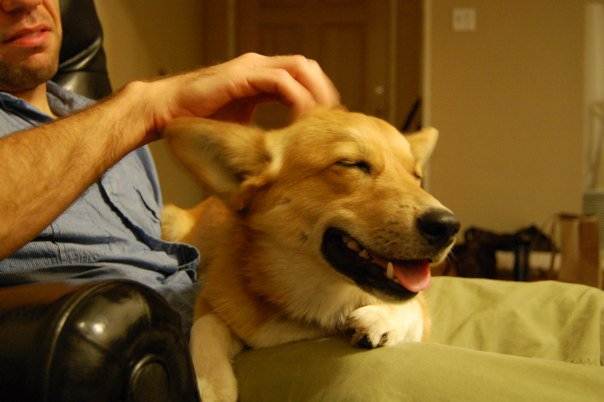 He also loves playing with other dogs at the local dog park, especially when he gets the chance to exercise his herding instinct and tries to round up all of the other dogs. 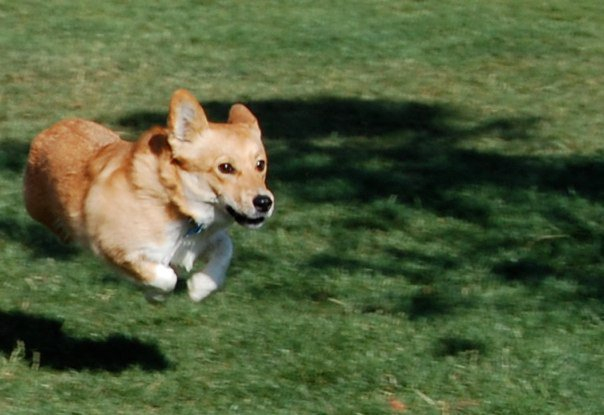 On some occasions, he has been known to go airborne when doing this (who knew that Corgis could fly?).

Though he’s been with us for only a short time, Newton has become very near and dear to us. 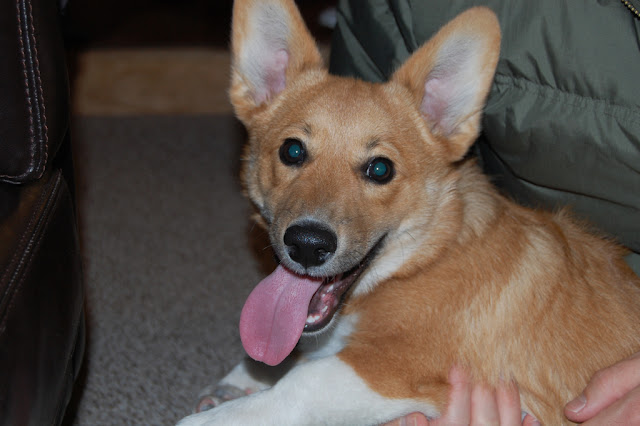 We look forward to sharing many more years of our lives with our new family member!”

No doubt NASA is green with envy over your crack lunar landscape modeling skills.

Ten year old Frankie stakes out his favorite spot on the couch. Flooftastic.   Jasper still looks a lot like a puppy, but he ... END_OF_DOCUMENT_TOKEN_TO_BE_REPLACED