March Madness continues, my friends, with today’s post. A re-run of the single MOST popular one ever published on The Daily Corgi!

Don’t let your clever dogs dissuade you from reading it … it’s about feeding them less … they won’t like it. Nope! But they’ll live longer and feel better if they’re trimmer. Here’s help, and advice, if you need it. 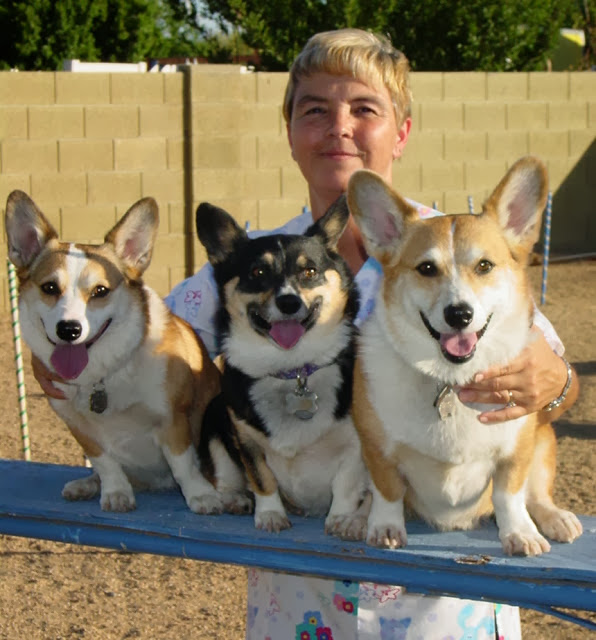 Vicki with Gator, Monkey and Speck

Throughout the year, our rescue takes in many overweight Corgis with multiple health issues. It’s not from neglect that these dogs are coming to us, it’s from not knowing. From owners of Corgis who think Corgis are cute when they’re chubby, or who just don’t realize their 34 pound or 40 pound Corgi is not only overweight, but in pain or fighting other medical issues. These dogs are uncomfortable.

We all know it: Corgis LOVE their food! And we LOVE our Corgis! But falling for their lies of starving only hurts them. We don’t want to hurt the ones we love. Everyone has their own ideas on feeding, kibble, canned, raw, a mixture of both. I won’t go into what is best here, as each approach has pros and cons. We each have to do our research and do the best we can, but as with all things, feed in moderation.

The Corgis here at Arizona Cactus Corgi Rescue are fed ½ cup of kibble with a tablespoon of canned (yes we spoil our babies here too) twice daily. Each dog is evaluated on intake and put on their special type of food. They get low calorie treats in moderation, and we add water to the food. Not only is water a filler, many dogs don’t drink enough water during the day. Adding water helps with urination, especially for dogs at risk for bladder stones. It helps in defecation and in preventing constipation and dehydration. Even in small amounts, dehydration affects all bodily functions.

We’ve had a number of not just chubby Corgis (2-5 pounds overweight), but extremely obese Corgis, unable to walk or stand up without assistance. Even rolling over, they are unable to get back up sternal. 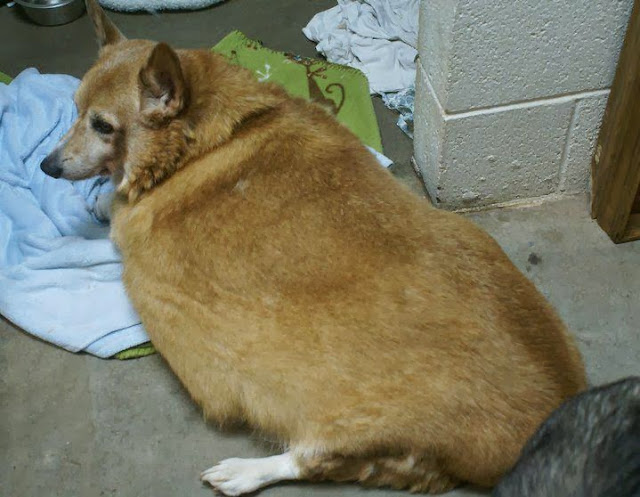 Our largest Corgi in was Joey, weighing 80 pounds. Joey had to be hefted out of the space behind the bench seat of a small Toyota truck. It took four people and a sling to get him out, and when he was out he couldn’t handle the 4” curb. For him it was like climbing Mt. Everest. He would roll over and literally be stuck and we would have to go in and roll him back. During all this, Joey would grumble and snap because he was in so much pain. As time went on and he lost his weight (portion control, canned pumpkin and green beans and small amounts of exercise), he began to “run”. He felt better, and over time required less pain medication. 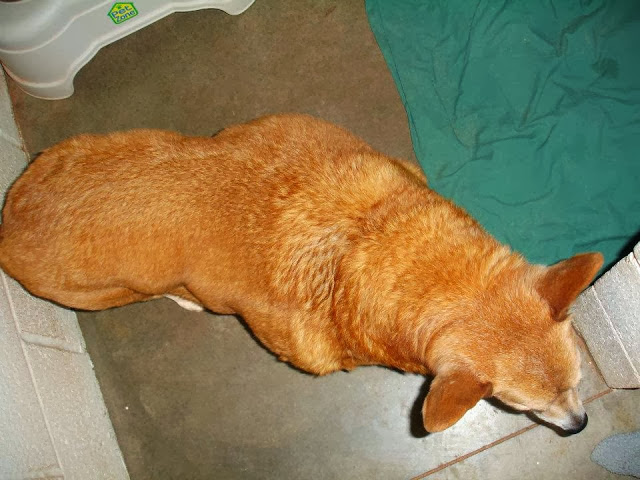 Once his weight was down to 42 pounds, we were able to do surgery to remove a 5 ½ pound fatty tumor. 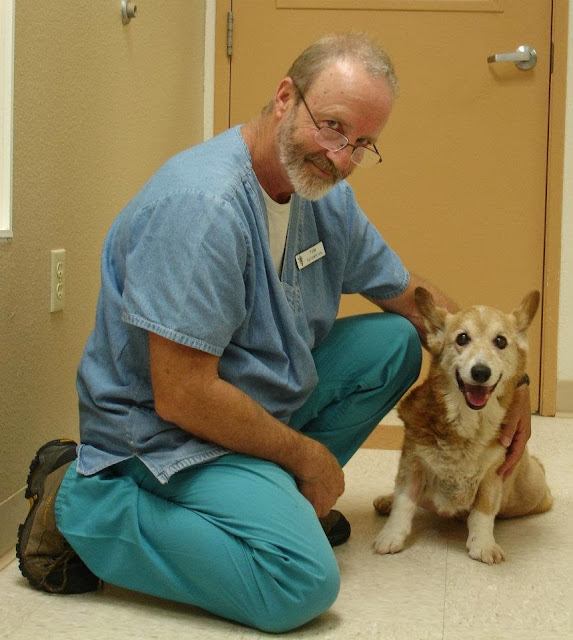 Joey with the good doctor. 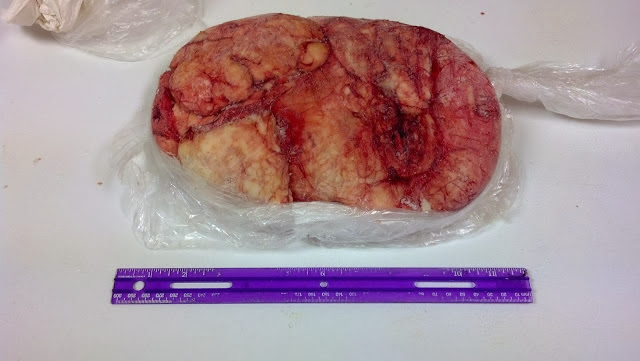 This is 5 ½ pounds of fat; frozen with the fluids out it’s smaller, but imagine carrying this amount of extra fat day in and day out. To give you an idea for comparison: on a 25 pound dog, seven pounds of weight is equivalent to 42 pounds of weight on a 150 pound human. * Think how you feel when you’re above your ideal weight; a bit more sluggish, joints achey, you’re bloated and uncomfortable. One pound of weight on your Corgi is equivalent to six pounds on you!

Joey died of old age at the ripe age of 13 years old and the wonderful weight of 35 pounds. He was feeling good and running and playing for the last two years of his life, feeling better than he had in quite some time.

Dr. Diane Paster, DVM, DABVP, CCRT, CVPP, is the medical director for the rescue and a Corgi Mom herself, with three Cardigans, three Pembrokes and one very cute little Corgi mix. Dr. Paster has valuable insights regarding the medical aspects of how excess weight affects our pets. “Fatty tissue does not just store energy” she states. “Fatty tissue can produce proteins which promote body-wide inflammation and contribute to arthritis pain. The benefit of weight loss in osteoarthritic patients has been documented in many veterinary studies.” 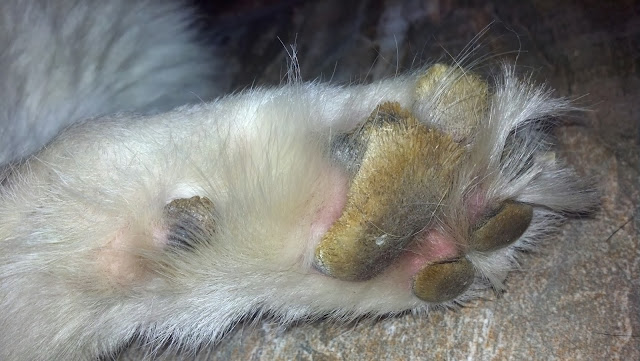 “Extra poundage also puts a strain on other organs such as the heart and lungs. With excessive obesity, the paws become misshapen to compensate for the weight distribution.”

“Overweight females are unable to clean around their vulva appropriately, causing dirt and debris buildup. Skin folds trap moisture, causing skin irritations and bacteria buildup, which can also lead to urinary tract infections. Urinary tract infections are painful, and infection and an unbalanced pH leads to stones, necessitating surgery to remove them.” 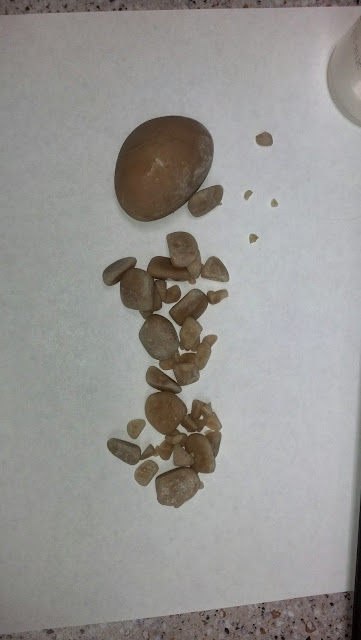 Bladder stones removed from one dog. 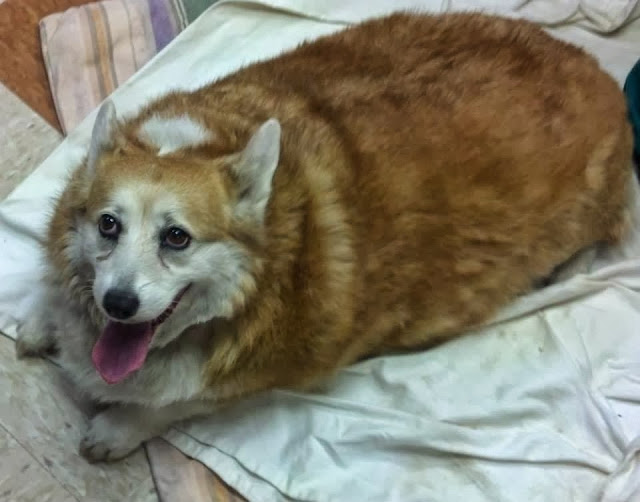 Sissy Baby is with us now. She came in at 65 pounds.

Due to her frame and body structure, she is actually more obese than Joey was at 80 pounds. When I went to the animal control center to get her, we actually had to roll her into a wheeled “dumpster” and take her out to my van, where we rolled her out and got her into the van using a sling and four people. Getting her out by myself back at the kennel was something to see. Sissy Baby couldn’t stand up at all. Her knees were too weak to support her. Literally, she would lie and pee and poo, unable to get up and go out on her own. 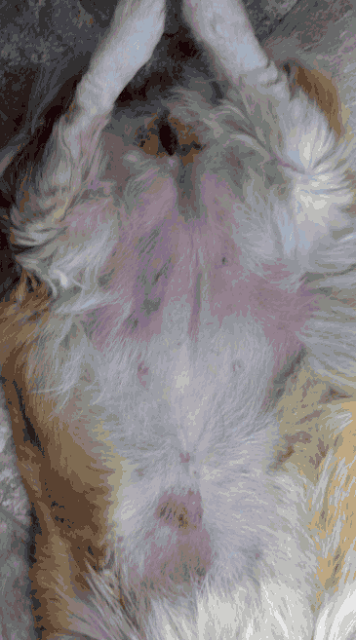 Hers is an excessive case of obesity, but it happens … all the time. Although she’s still way overweight, Sissy Baby has so far lost 18 pounds and is able to get up on her own now. She even “runs” with me a few steps. She plays with the other dogs. Still, she suffers from skin issues because of skin folds that stay moist, and her vulva has to be cleaned daily to help prevent urine scalding and urinary tract infections. Her paws are misshapen, from compensating for the weight distribution.

When feeding, much of the time it is the perception of the person that there isn’t enough food in the dish. We anthropomorphize our pets, believing if they are round and “fluffy” they are happy and cared for. It shows our love for them. We believe they must be “starving” if they say so. We look in their food dishes and think “that’s not enough food, they’ll think I’m starving them”. A few extra kibbles every feeding, every day, adds up to extra weight. Because it’s gradual and we’re with them every day, we don’t see it. But it happens all the time. 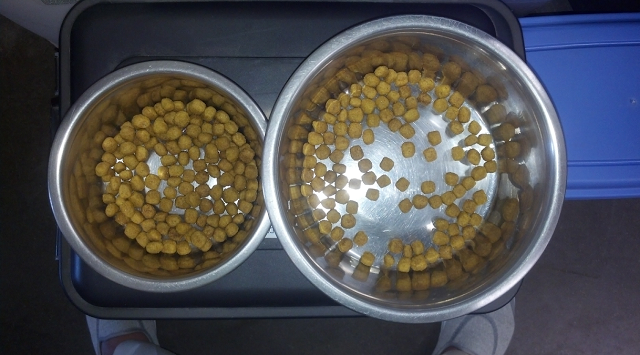 Here is a comparison: the same amount of kibble, ½ cup, in both a larger and smaller bowl. When using the bowl on the right, it’s too easy to add “just a few more kibbles” to make it look fuller. Use a smaller bowl, reduce the kibble amount and add green beans or 100% canned pumpkin. Both of these foods are high in fiber and no fat content. Frozen green beans may be used in place of bone treats for a good crunchy treat. 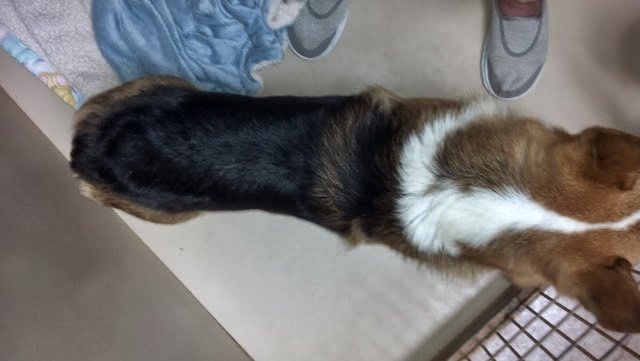 Generally speaking, your Corgi should have an indentation right above the hips. You should be able to lightly run your hands along their sides and feel their ribs. Keeping them trim and in shape will help to extend the years you can enjoy their antics and love in your life.

Bart has the right shape. See the indentations just in front of his hips? He has a nice hour glass figure.

I want each of my own Corgis to live forever, never having to part with them. I am privileged to say that my own pack of nine is doing very well. A 15 year-old Westie mix; my first Corgi boy Speck (now 14 years-old); his little sister Gator still runs agility at twelve years-old. Then we have 10 year-old Monkey, 6 year-old Gidget, 5 year-old Turbo, 4 year-old Diamond, 2 year-old Parker, and let’s not forget our baby, one year-old Wesley the Westie. None of them are starving and are at optimum weight. I am hoping for them to last forever — as I hope your Corgis do! 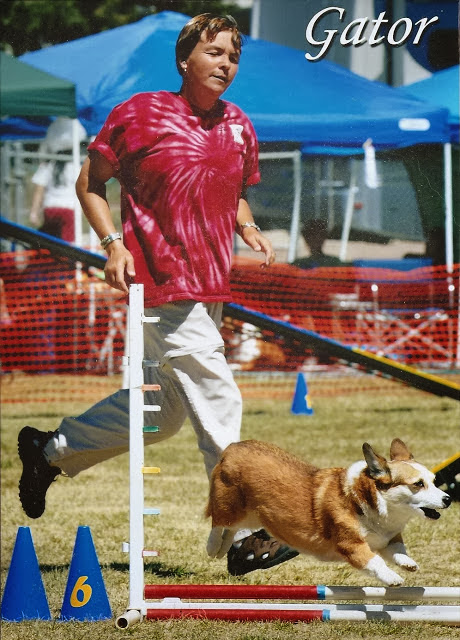 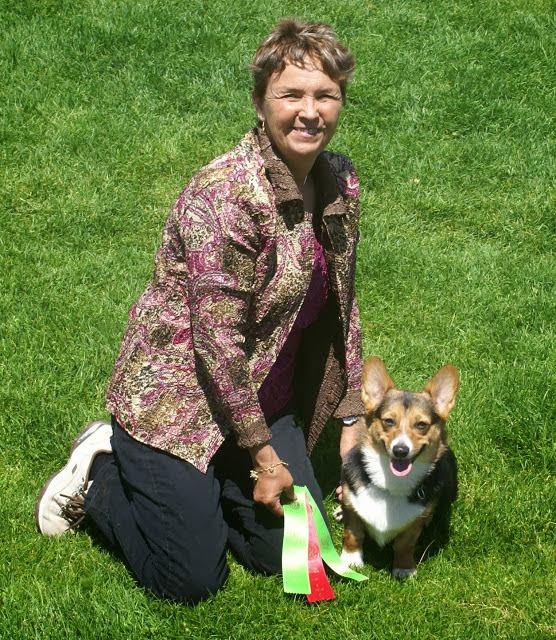 *Comparisons based on equivalent weight percentages do not reflect physiological differences between dogs/cats and humans.

Ten year old Frankie stakes out his favorite spot on the couch. Flooftastic.   Jasper still looks a lot like a puppy, but he ... END_OF_DOCUMENT_TOKEN_TO_BE_REPLACED