Hi! My name is Constable Reginald the Third Esquire in Her Majesty The Queen’s Service, but my family calls Connie and you can too. Pleased to meet you! 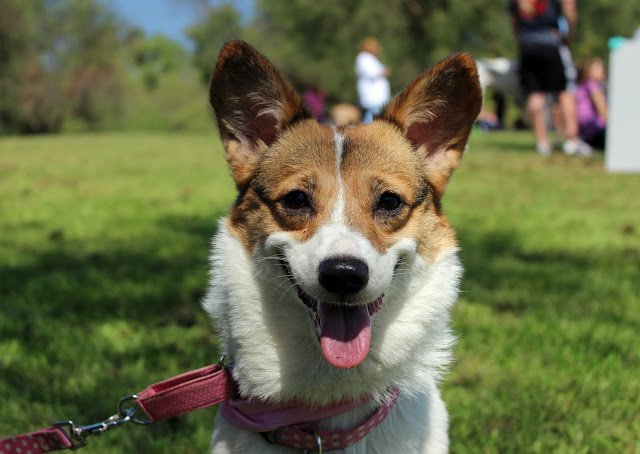 Last winter I found myself trotting the mean streets alone. Vittles were scarce for a while and my memories of that time are pretty foggy. I remember a pet shop way back when I was knee high to a Basenji … after that it’s kind of a blur. I know what you’re thinking: what’s a nice girl like me doing on the mean streets? Exactly. A lady cannot survive long on hamburger buns and stale waffle fries
I did have some pet humans for a while. They put something called a chip in me. Not the eating kind (I’d have known about THAT, you can be sure). When I got hauled in to the place with all the other dogs who walked the streets without humans (and it smelled in there — pee city and sadness — stinkorama!), they found this chip thing but it didn’t help them locate my pet humans. Bum deal? Maybe not. Read on … 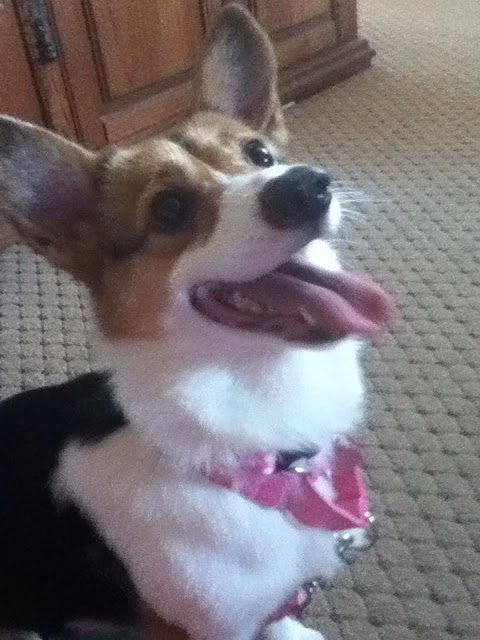 So like I say, kibble was hard to come by and I’d lost some weight. “Seventeen pounds” I heard them say as they poked and prodded me at the Pee Palace.  (Is that business really necessary, by the way?) What I lacked in size I made up for in friendliness, because that Monday back in February when the S. family came and took a look at me, it was all over. They’d seen a video of me playing ball before they clapped their eyes on me, but when I hopped in their car they had NO idea they’d just won the doggie lottery! It was par-tay time, people.
Are y’all ready for this? This place came pre-Corgified. No lie. Sidney (that’s him derping in the photo) had already trained his people in the ways of our tribe. He, in turn, took me on as a rookie and showed me the ropes of handling these humans. (Every group of humans is slightly different, as you know. There are some general rules, but an observant dog learns how to massage the emotions. If you’ve noticed, we have a LOT of time to sit around watching you, and if you’re very quiet you can almost hear our brains whirring). 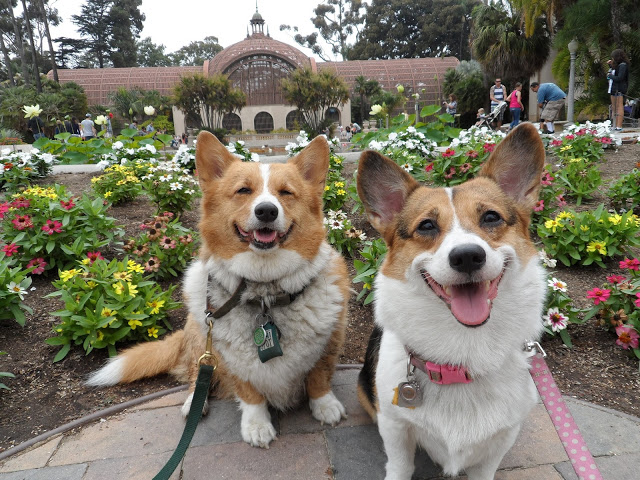 On a more serious note … we Corgis, being the superior intellects of the dog world (Border Collies are obsessive-compulsives, bless their hearts, that’s not the same thing), realize what a challenge we can be. Mama told me about our big brains. Plus, coming from the Pee Palace and that time on the streets, my new family didn’t really know they were getting the kind of deluxe (not economy — in spite of size!) model I’ve turned out to be. Let’s be real, it was a crapshoot. I just want to thank them for taking the chance on me.
So that was about six months ago (in human time) and I’ve put on five pounds, in spite of exhausting myself on a daily basis with endless games of ball. I hear a squeaking ball and it’s game on, nubbin’ a blur, motor runnin’! I’ve impressed the masses with my manners (including the cats and the other two dogs besides Sidney — the grumpy ones) and shown these deprived people what life with a lap dog is like. Can you imagine having a dog who snuggles NOT?! Ridiculous. 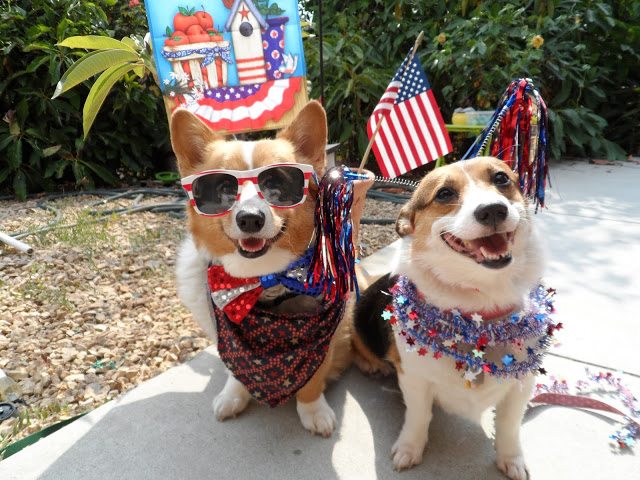 Sid is a therapy dog (not sure what that is). If it means meeting more people, I’d be up for trying it too. Oh, and what’s this I’ve heard about flyball for dogs? Flying after a ball? Uh, sign me up the day before YESTERDAY! Sidney and me get to wiggle our waggle with lots of other Corgis at the San Diego meetups. I’ve strutted my stubby sizzle on fundraiser walks, at Balboa Park (in downtown San Diego), on mountain hikes, at the beach and even at local microbreweries. Whatever those are.
Yes, life here is not only one bone-zillion times better than the Pee Palace and anywhere I’ve ever lived before, but I get to sport a name like Constable Reginald the Third Esquire in Her Majesty The Queen’s Service. Not braggin’ too much on myself or anything, but that is a serious slice of Corgi Cool, right there. 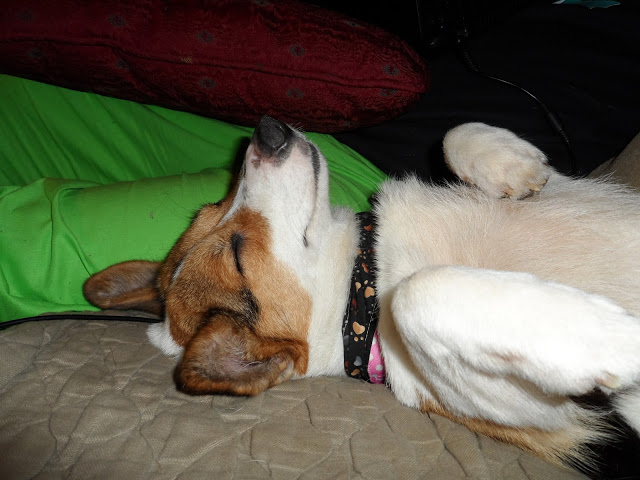 Autobiography is an exhausting business. Corgi On!

Ten year old Frankie stakes out his favorite spot on the couch. Flooftastic.   Jasper still looks a lot like a puppy, but he ... END_OF_DOCUMENT_TOKEN_TO_BE_REPLACED