Say hi to Roxi and Charlie, the yin/yang of their family. “It feels like they’ve been with us all our lives” writes Mom Julie. “Roxi will always be my office dog, and Charls goes wherever Roxi goes. They are a team.” 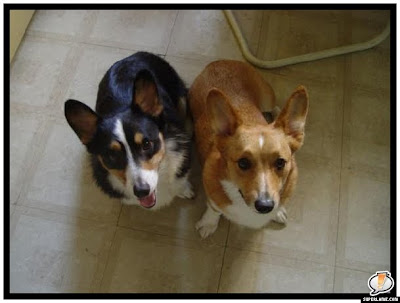 (Editor’s note: I’d put a picture like this up against anybody’s boast that they’ve got a soccer star, honor-roll, piano-prodigy kid any day. Yeah, you’ve got all that but I’VE got these two!) 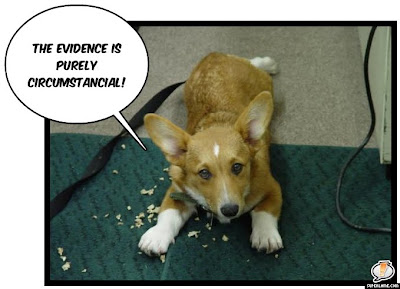 “We got her at a little shack just across the border from VT in NY and we jokingly call her our discount puppy because the breeder had brought her down from 1k to 400$ since she was four months old already” reports Julie. “From there she became our office puppy over the summer and enjoyed living in a college town for a year and a half. We trained her in the back field of the college for excellent callback, swam with her in the river behind the college, and she went everywhere with us. To stores, to work, to parties. Everyone enjoyed her and she enjoyed meeting so many people and dogs since it was a very dog friendly town. Our little VT pup :).” “We then moved to VA/DC where she met and became friends with “the pack”. Apex (the albino Husky), Howy (a four year-old Pem), Sherman (a 9 month-old Pem) and Cody (a black Lab). They play at least once a week and attend BBQs, hiking, events and camping together. She is still adapting to the constrained life of a suburban pup but she has adjusted quite nicely so far since we do a lot of activities with her. Her favorite foods are yogurt, cottage cheese and strangely enough wasabi peas. She’s very active and needs a lot of exercise, which we sometimes supplement with her ‘crack’ — the laser pointer.” “Her aunts and uncles (our friends) call her the steroid puppy since most of her weight is in muscle (37lbs!) She’s also called “the ref” because she likes to break up dog squabbles during our parties and is very good at it. She runs the show no matter what type of dog is hanging out. Though she doesn’t rule with an iron fist … she just lets them know that she’s in charge. And who wouldn’t if you were the only girl dog in the pack?!” “She loves children since the last half of her life in VT, her daddy brought her to work with him. This involved working with kids in an after school program and running around with a pack of kids outside everyday or in the school gym. Roxi also loves playing fetch and learning new tricks. On the list: sit, stay/wait, shake left, shake right, spin left, spin right, roll left, roll right, bang bang, red light green light, sit up, dance, weave, hoop, hup, lay down, whisper, tell a story, speak, leave it, find it, out of the room, back it up. Our new trick will be the army crawl but that’ll take a while since she doesn’t quite understand the concept.” “While she’s very active, she’s also a lover and we spend some of the day just laying on the couch and snuggling. There are countless stories and she probably thought she would be the only child forever … but a month ago Charlie came into our lives” … 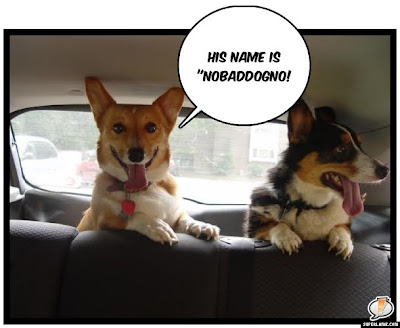 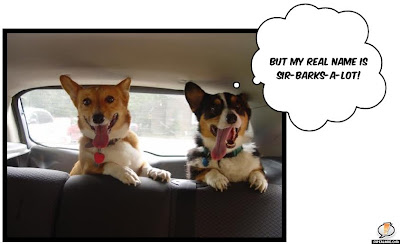 Charlie was a rescue. He had been left outside for two years (dug himself a nest under a bush to live under) and sadly, he was quite neglected and abused. “When we got him he had scabs along his body under his fur and the tips of his ears were all chewed away/sunburned at the tips. (Ed. note: some people ought to be left out in the elements for two years … some people are just ROTTEN!!)

He was pretty feral when we brought him into the house. It took him about two weeks to lose that wide eyed scared/nervous look. Needless to say Roxi didn’t know what to do and it took her a few weeks to accept/adjust to no longer the only dog. The green eyed monster popped out now and then when we were loving on Charlie and we had to train Charlie to not be aggressive towards Roxi when it came to food. Now they drink out of the same water dish and avoid each other’s food dishes from across the room.”

“Charlie is now our definition of ‘Sometimes the best things in life are free.’ His personality has finally come out and he is a lover and a clown. If he had his way he would sleep on my legs all day long while I petted his head. At the same time he is a wild child, when it’s play time it’s play time and everything’s something to look into.”

He is not as active as Roxi is but he is slowly catching up with the rest of the pack. He’ll play half the time and spend the other half trying to get loves from everyone.

Food is also his addiction. We are careful not to overfeed him but it’s fun to see him try something for the first time. He is also in love with yogurt and cheese bits. 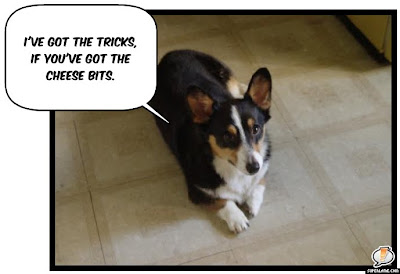 Unlike Roxi, he may never be a free dog during walks because he loves to chase cars. They are his mortal enemy, but he has come along. He is free in a field and will come back now. He finally learned his new name and responds quite nicely and he has learned his tricks pretty quickly. He only sort of knew “sit” when he arrived. Now he can shake left, shake right, sit, lay, bang bang, wait, out of the room, back it up, leave it and we are working on sit up and dance 🙂

Also unlike Roxi he is a loud mouth. I think he likes to hear himself talk … and who wouldn’t being alone for so long? Wouldn’t you talk to yourself on a deserted island?! So he talks back during tricks … tells the mailman to go away… is our doorbell … and of course tells trucks off when they drive by. He also barks at Roxi… barks while chasing Roxi … barks while other dogs are playing … barks when gets scared … the boy likes to bark.”

“All in all we are extremely happy to have come across this boy and it seems he is a happy kid now. Everyone’s fallen in love with him and he is lovin’ it up.”

Welcome to the blog, Roxi and Charlie! You are OUR kind of dynamic duo.

Check out Charlie and Roxi in motion on The Daily Corgi’s youtube channel!

Ten year old Frankie stakes out his favorite spot on the couch. Flooftastic.   Jasper still looks a lot like a puppy, but he ... END_OF_DOCUMENT_TOKEN_TO_BE_REPLACED