Patti C. of Port Richey, Florida adopted Buddy from the SPCA in 2007.  “I saw him standing in the courtyard from across the street where I was picking up prescription food for my other dog who was terminally ill.” 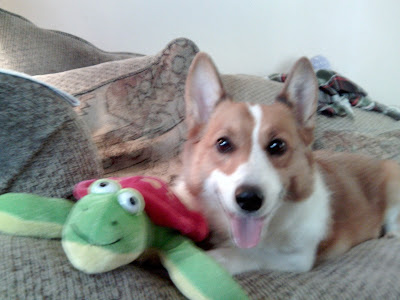 “They were taking pictures of him and making a fuss. I had to go over and see what this was about. As I approached, I saw a very “fluffy” Corgi.  From pictures I’d seen, I didn’t think they were “supposed” to be that plump.  When I found out he was adoptable, I didn’t hesitate in applying for this 53 pound boy.
Within a few days he would be my new angel.” 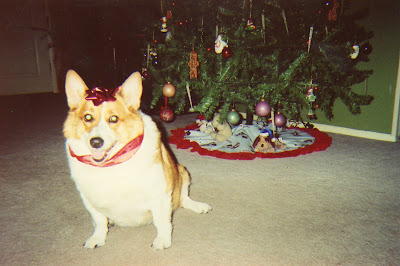 “My vet at the time began lecturing me about Buddy’s weight, but had no more advice than telling me to exercise him more.  She also had put him on thyroid meds, which as it turns out he didn’t need.  I started taking him instead to Dr. Sattler, who immediately put him on a prescription diet. She told me what food to give him and exactly how much. Nothing else was to go in his mouth.” 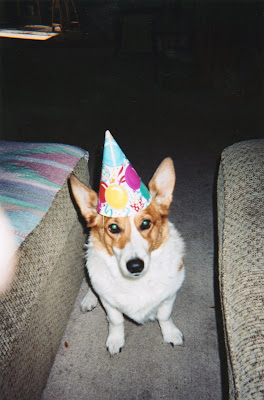 “I am happy to announce that Buddy is now a healthy, happy 31-pound ball of energy! While he won’t be a spokesdog for Jenny Craig or Nutri-System anytime soon, Buddy is a good example of a Corgi who’s come a long way  after winding up at the SPCA.  All because someone allowed him to eat as much as he wanted and didn’t care enough to spend the time and love to help him.” 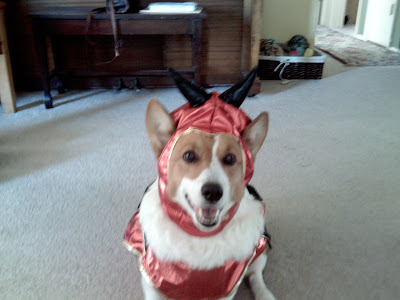 “Six year-old Buddy has a clown-like personality and loves to be the center of attention. He enjoys chasing lizards and hanging out by the pool. He is very caring and nurturing, but doesn’t care for being cuddled. His favorite toys are his stuffed, squeaky ones.”
“I have to limit his treat intake, but have started making him all natural baked and ice cube type treats. Since we live in Florida, he especially enjoys the ice cubes.  I learned of his love of ice cubes one day when I was getting ice from the freezer and a cube fell on the floor. He raced right over to get it! He’s been getting them ever since.” 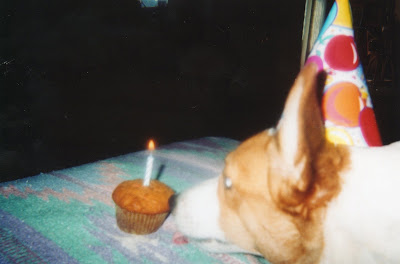 A rare cupcake treat for the birthday boy!
“I saw a video on-line about a shelter making frozen treats for their large breeds by using a bucket and thought it looked easy enough, so I scaled Buddy’s serving down to a small plastic cup. I layer it with fat-free yogurt, fresh fruit (no grapes) and fat-free peanut butter. Sometimes a little kibble or Cheerios, too. I guess they are my version of a healthy Frosty Paws.” 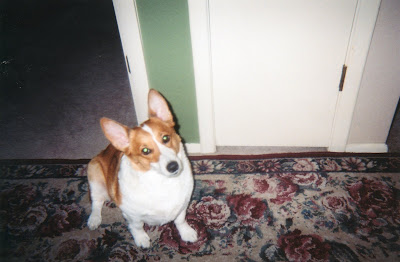 I love you big-time, Mom and Dad!
“We’ve joined a Corgi play group that meets about once a month and Buddy enjoys getting together with his Corgi pals. He doesn’t like swimming, but we’re working on that. He even has his own life vest!” 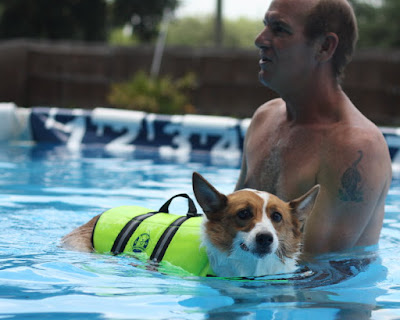 “My husband and I have no children, so Buddy is the center of our world … 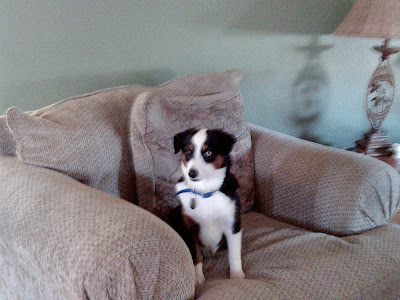 … a position he now shares with family member Brody, an “Augie” (mini-Aussie crossed with a Pembroke) who came to us all the way from Oklahoma.”

Welcome to The Daily Corgi, Buddy!

Ten year old Frankie stakes out his favorite spot on the couch. Flooftastic.   Jasper still looks a lot like a puppy, but he ... END_OF_DOCUMENT_TOKEN_TO_BE_REPLACED