Lynda B. of Carrollton, Texas says their rescue Cardi Jasper won the heart of her husband, who was a confirmed “big dog” person ’til short stack here came along.  “We’ve found the best dog in the world, he is the perfect type for us!” 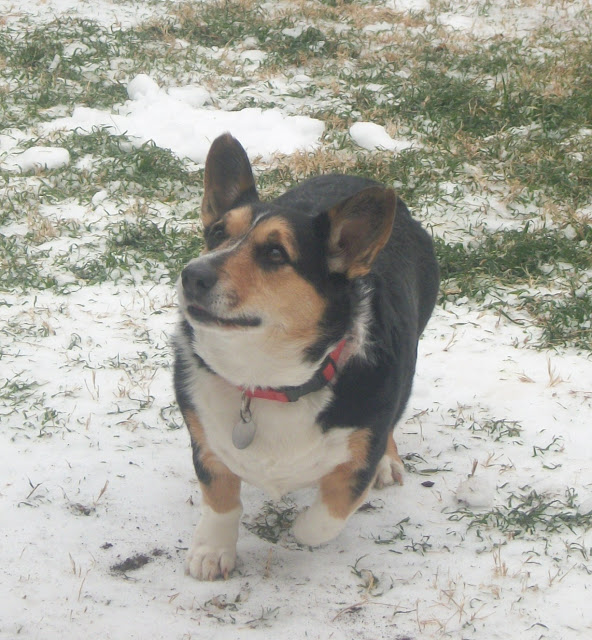 What Corgis lack in stature more than make up for in personality.  They see themselves as big dogs, and so they ARE!
Jasper is six and has been with his family since last Spring, when they rescued him from a rough situation.  “The house belonged to a hoarder and it smelled to high heavens, as did Jasper,” writes Lynda.  “There wasn’t even any grass in the yard for him and he was outside all of the time in bad conditions.” 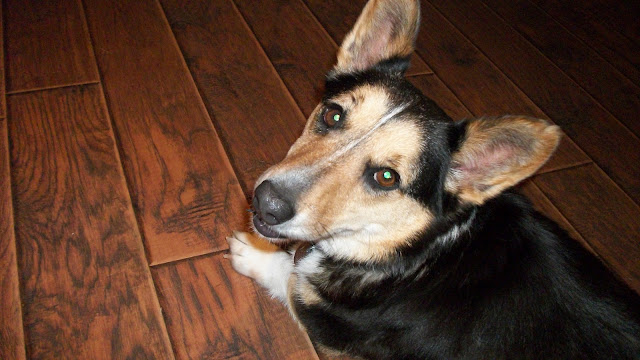 “He was discovered by my cousin, who owns two Pems, Wrangler and Izzy. We were able to dogsit for them several times when they had horse shows, so we fell in love with Corgis.  When she heard through a friend about Jasper, my cousin called us and then went to rescue him. Wrangler and Izzy welcomed him with open arms.” 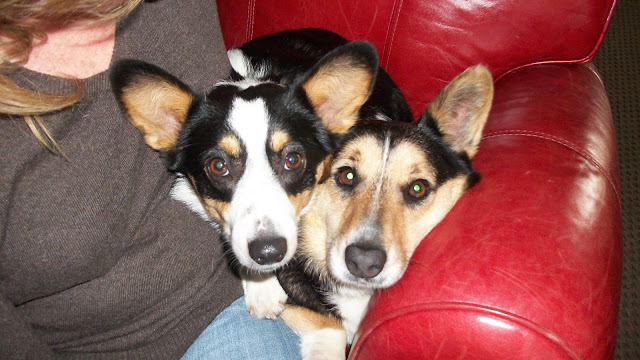 With cousin Izzy!
“They live on a ranch, so Jasper’s first few days of freedom were spent running along behind his new country cousins, rounding up horses. We have been back to visit several times and he just loves it there!” 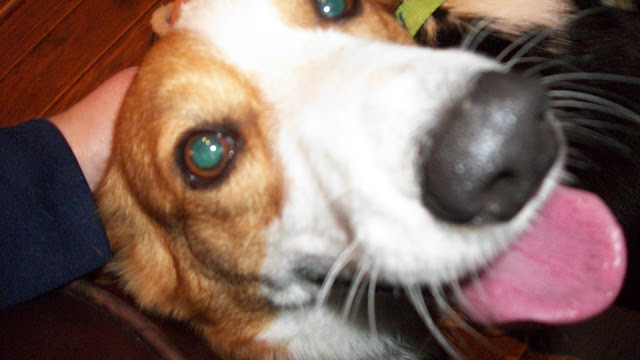 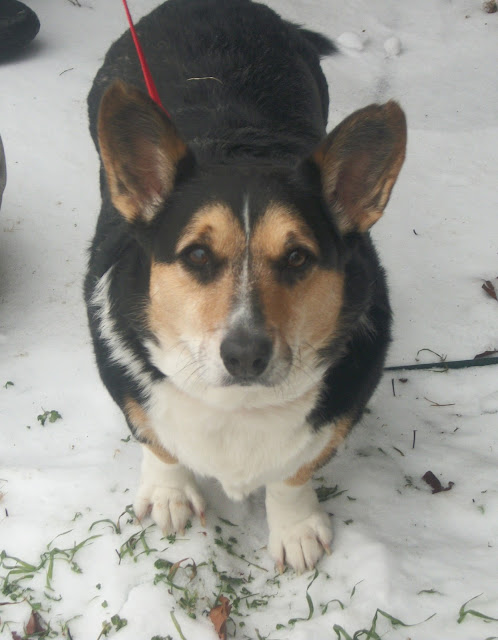 “He was a little shy at first but has adjusted very well to a real home with lots of loving hands to scratch his belly, take him for walks, give him baths and let him be the king of the house for once.”
“Jasper is heartworm positive, but his vet calls it a light positive and does not recommend treatment other than monthly prevention. He is active, healthy and doesn’t display any symptoms.” 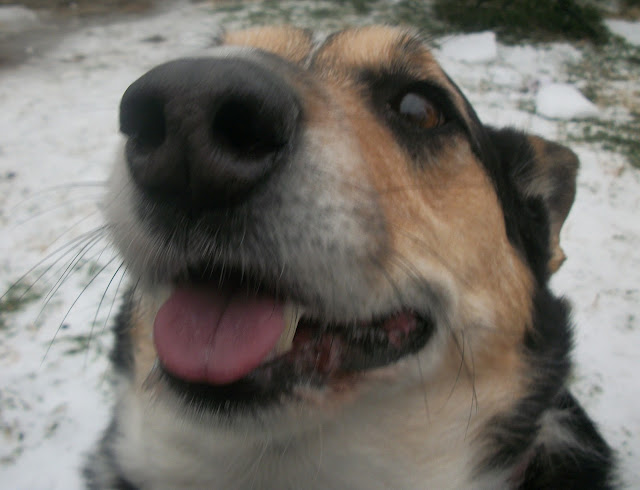 “Jasper is thrilled to be here and we couldn’t be happier. My sons, who are 7 and 13, love him to death, but I think I have a new baby in the house because he is my shadow. I always know where to find him (right beside me) and take him everywhere with me.”

Welcome to The Daily Corgi, Jasper!

You are one handsome Southern boy!

Ten year old Frankie stakes out his favorite spot on the couch. Flooftastic.   Jasper still looks a lot like a puppy, but he ... END_OF_DOCUMENT_TOKEN_TO_BE_REPLACED