Today’s Dog of the Day is Phil’s “little sister”.  Phil’s memorial ran yesterday on The Daily Corgi, so in a way this is a continuation of his story.
Take it away, Corgi Mom Georgie Lin S.!
“WINNIE BIG EARS THAR POO”

“Back in the Fall of 2004, my older Corgi Penny Poo passed away at the age of 14. Her heart gave out and so did mine. My poor Pembroke boy Phil was about four years old and really took losing her hard. For him, Penny Poo had disappeared and he couldn’t handle it at all.

Phil would no longer walk in our neighborhood, go to our parks, or anywhere I used to walk the two of them together. I had to put him in the car and drive him to other parks all over. He stopped eating regularly, too.
In November, I accompanied my husband on a business trip to see some horses in Lexington, Kentucky.  Naturally we had to stop in at the local blacksmith/tack shop and there they were, a whole litter of brand new Corgis! All tri-colored like Penny. My heart just melted and before we left we’d chosen a pup who’d be ready to go in January. The breeder, being responsible, told me right away they wouldn’t be ready for Christmas, and no matter what she wouldn’t sell them early. 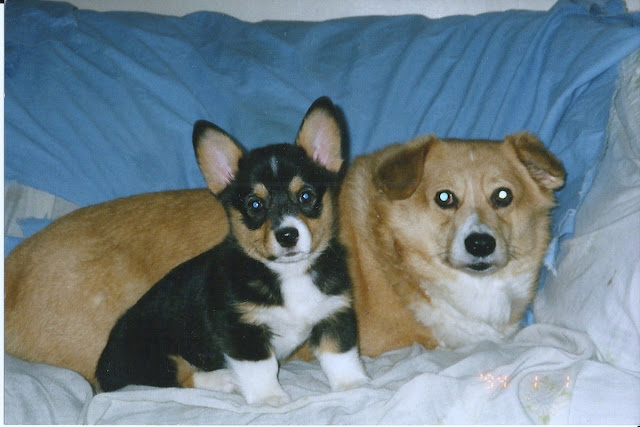 In January, Ken went down to get our pup. I was planning to name the new pup Liz so I’d have a Phil and a Liz, but that changed shortly after she arrived.  The little devil, who was slightly larger than our hand, came into our home and took over, in spite of just having endured a six hour ride.
Phil immediately forgot about being depressed (forever) and we all fell in love with her as she ran and ran around the house getting into everything and seeing everyone. As soon as she crashed fast asleep, my teenage girls naturally had to hold her and show her off to everyone.

Within days it became apparent that Liz was definitely not a lady, had no manners, was ultra bossy, extremely active, inquisitive, and a real troublemaker.  Very UN-Liz like!  So she became “Winnie Big Ears Thar Poo” which is very Canadian and British. Winnie soon became boss in our house. Phil was so laid back and easygoing that he didn’t mind a bit. When he got fed up with her, he’d wrestle her and try to sit on her to stop her. This usually slowed her down a bit, but not for long. At the time Phil was getting larger and larger and gaining much too much weight, so if he sat on you, you knew it! 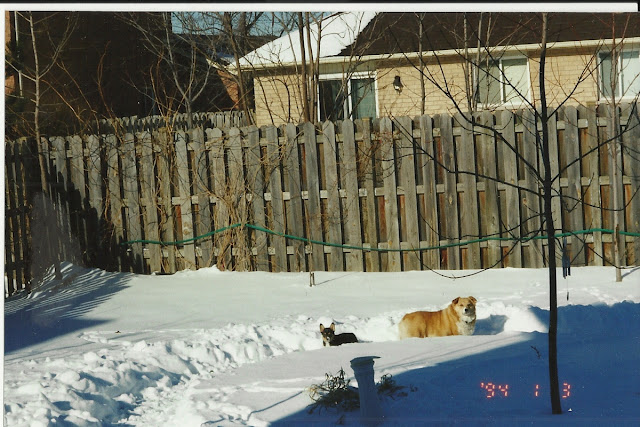 Phil making snow trails for Winnie!
When I took the two of them for walks, the three of us were a funny sight. Winnie insisted on leading at the end of the leash, five feet out front pulling and running, or trying to. I was in the middle, and Phil took up the rear, trundling along five feet behind us like an anchor. He wouldn’t speed up for any
reason and Winnie wouldn’t slow down. If we met other dogs, Phil approached them like the friendly, laid back soul he was, but Winnie was quite different. She had to be top dog even if she was the youngest and smallest. If a confrontation developed — which she usually initiated with a growl — she’d run back behind Phil so he could handle the offender. He was quite happy to defend her. What a pair they were!
Like Phil, Winnie loved to play with the neighborhood kids.  Her herding instincts kicked in around them, and she’d get so excited she’d often nip their heels.  While that’s OK with my kids, with others it isn’t, so I really couldn’t let her play any running games with them. I had to do this to protect her and still do to this day. 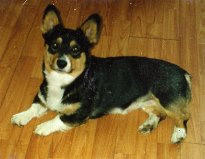 She’s a big horse dog, just as Phil was.  Every day of her life Winnie comes with us to be with our horses. We have mostly Thoroughbred racehorses and she learned quickly she wasn’t allowed to ride along with them. She had to sit at the side of our track beside Phil and watch, then follow along back to the barn when we were finished with the first set. The whole process repeated itself over and over.
Now some of our horses are also pleasure horses for riding, so naturally all my dogs ride with me. Winnie took to this like a duck to water, riding all over with me.  She quickly figured out that if I was in a field, it wasn’t necessary to do double the exercise.  She’d sit in the middle and watch as I went around, unlike Phil who did the whole tour and exhausted himself. 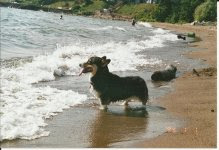 One day I took my boys to the beach at Lake Ontario. Phil wanted nothing to do with the water, so he found a nice shady spot and parked. Winnie decided that the waves had no business on her beach, and for two hours she paced the beach attacking each wave as it came in.  Out of sheer exhaustion she grudgingly had to give up the losing battle! Phil must have been quietly laughing watching her antics the entire time. He had himself a good, long nap.

Since Phil passed, Winnie’s been fine as an only dog. She’d developed a uterine infection at the time of his passing and had to go in for spaying shortly after we lost him.  That probably kept her mind off of losing him. 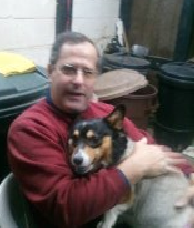 She’s taken over all of Phil’s spots.  Winnie is a major nighttime bed cuddler.  She’s noisy and rambunctious when you squeeze her or rub her and gives tons of kisses. She really likes being an only dog and having all the attention to herself.

Right now it’s November, so we’re getting ready for another Canadian winter, though they aren’t as bad as in years past. Gotta get the igloo patched, just in case we get a bad storm and have to cuddle Winnie for days!”

Welcome to The Daily Corgi, Winnie!
You are bossy and baroOoOOo-tiful!

Ten year old Frankie stakes out his favorite spot on the couch. Flooftastic.   Jasper still looks a lot like a puppy, but he ... END_OF_DOCUMENT_TOKEN_TO_BE_REPLACED