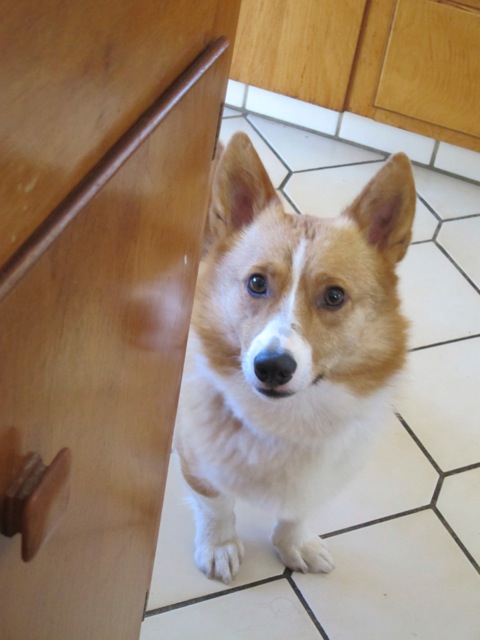 After a few months of languishing in a Kansas shelter, Capone — found as a stray — got a ticket to freedom when the staff joined Corgi Connection of Kansas to coordinate his transport to a foster home in Missouri. After re-learning some of the ropes of domestic life, Cappy snagged himself a California home alongside Basset siblings Augie and Lexi! 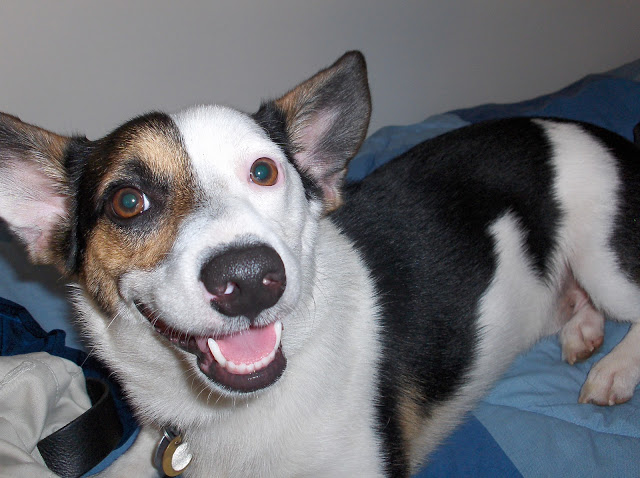 Bandit came from a shelter (where he danced for belly rubs) to a home where he won over his Mom, a self-admitted non-dog lover, in no time flat. He went on to become a seizure alert dog (without any training) when she later developed epilepsy. Yes, Bandit is as smart as he looks! 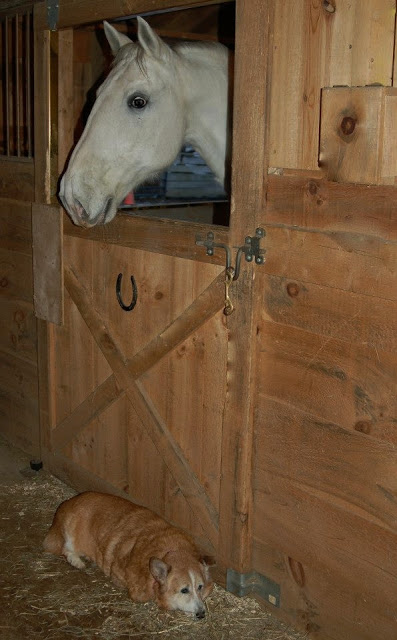 Mac was adopted from a shelter at thirteen years old, after he’d grown weary of waiting for a new home of his own. On arrival at his forever digs, he made a beeline for the cat food bowls. Mac quickly grew to enjoy his barn inspection rounds, but his favorite spot was a familiar one: right outside the horse stall, where he perked right up. 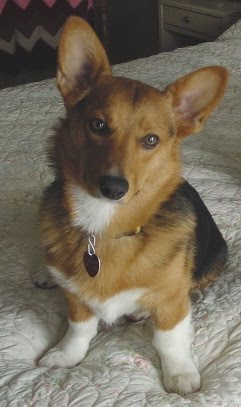 Jeanette DeMars of Corgi Connection of Kansas pulled Gordon from a shelter a few years back with the intention of delivering him to a Missouri Corgi rescue. When plans fell through, this Kong obsessed boy stayed on with her, rounding the resident pack out to three. 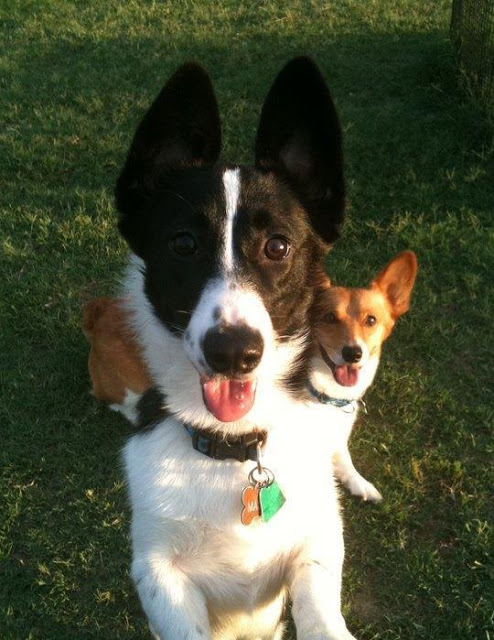 Mason Dixon (here with red and white “sister” Olive) showed his true Corgi colors — and lack of any sense of personal space — after he was pulled as a sickly pup from a Tennessee shelter and taken home by a couple eager to bring a dog into their lives. This Tennessee Cardigan has grown into a “big doofus” and a source of constant entertainment for his family. 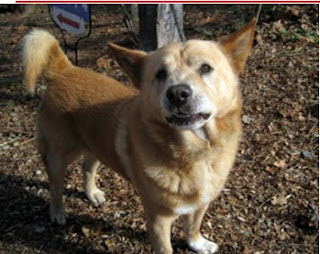 Corgi mix Lucky was a senior in Virginia when he captured the hearts of a pet adoption center staff. Because of his health problems, Lucky was hard to place. Ultimately, he found his home and his people right where he was, at the adoption center. Lucky was well looked after and loved deeply there until he left for the Bridge.

So there you have it. Six shelter gems, and there are more where these came from. Plenty more! Could a dog from an animal shelter can be that diamond in the rough — or not so rough — you’ve been looking for?

The people at Pets Add Life (Pal) think so! From now through October 4th, their Shelter Showdown Contest runs on facebook to promote awareness of pet rescue, pet adoption and the role of animal shelters in this life saving work.

Please visit the Pets Add Life contest page and join me in voting. Your favorite Petfinder-affiliated shelter could win thousands of dollars. Vote today and every day through October 4th. It’s a simple, easy way to make a difference for animals in need!

I am blogging on behalf of BlogPaws Pet Blogger Network and the Pets Add Life (Pal) campaign. I received compensation for my time from Pal for sharing my views in this post, but the views expressed here are solely mine.

Ten year old Frankie stakes out his favorite spot on the couch. Flooftastic.   Jasper still looks a lot like a puppy, but he ... END_OF_DOCUMENT_TOKEN_TO_BE_REPLACED