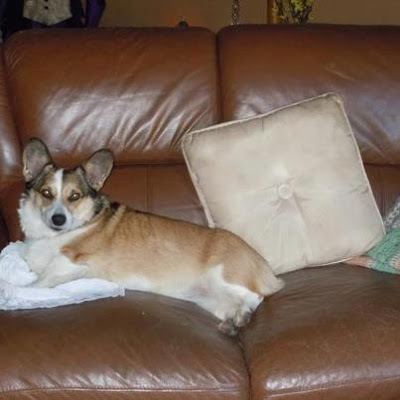 Poncho and Luke (aka Lefty) appeared on the Daily Corgi in early September, brothers who needed new homes separate from one another. Since then, Luke got adopted out but came back to Golden Bone Rescue because it didn’t work out.  He was adopted out a second time, re-named Cooper and now marshalls his family’s sofa […]

Ten year old Frankie stakes out his favorite spot on the couch. Flooftastic.   Jasper still looks a lot like a puppy, but he ... END_OF_DOCUMENT_TOKEN_TO_BE_REPLACED