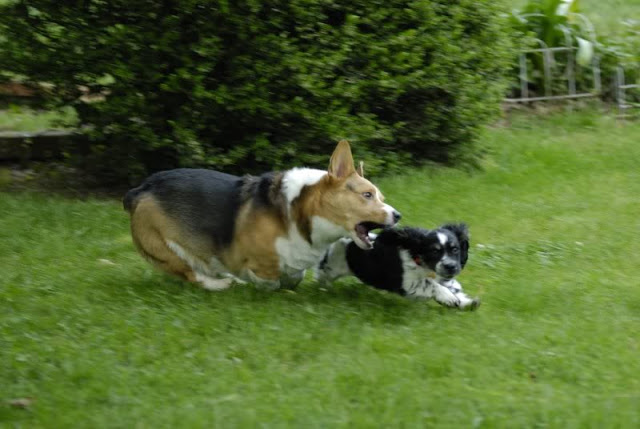 When mellow Bubba met four month-old Oliver, the frisky pup began racing figure eights around him.  Finally, Bubba could stand it no longer and took off after Oliver. “He was a bee in Bubba’s bonnet, nearly pestering him to death.  It was the first time I ever saw Bubba run, and he did it for three […]

Ten year old Frankie stakes out his favorite spot on the couch. Flooftastic.   Jasper still looks a lot like a puppy, but he ... END_OF_DOCUMENT_TOKEN_TO_BE_REPLACED