After “years of tackling innocent Corgis on the streets of Boston and fantasizing about her own short-legged, big-eared beauty”, Emily found Mickey.
“He had been in a foster home for all of 24 hours when Paws New England contacted me to say they just might have the rescue Corgi of my dreams: three and-a-half years old, healthy, and sweet as could be. I’d submitted an application for another dog a few weeks earlier, who was adopted before I could get to him.” 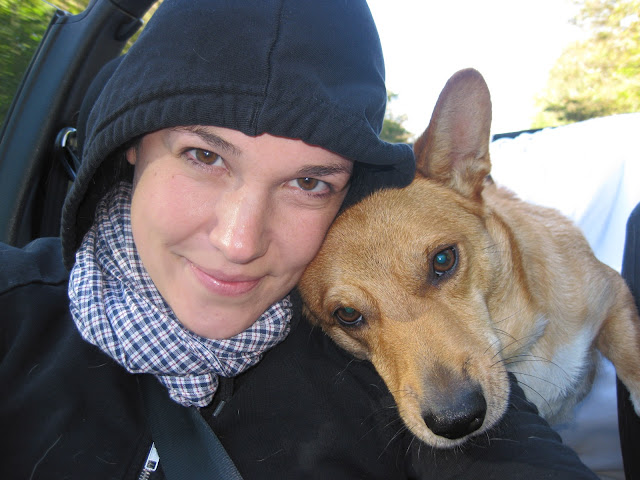 “I made the quick trip down to Attleboro with my roommates and Baxter, a canine friend whose opinion is paramount, to check him out. Little Mickey waddled into the room, stared at me with his soulful dark eyes, and promptly peed on the floor. Baxter was horrified, I was a goner. An hour later, we headed home to Cambridge together.”

“His foster mom assured me that he wasn’t terribly responsive to his name, and on the drive home he was re-christened Beau, on account of how handsome he is. He did what every good Corgi does and shed all over me in the car, so by the time we got home we were pretty well bonded.” 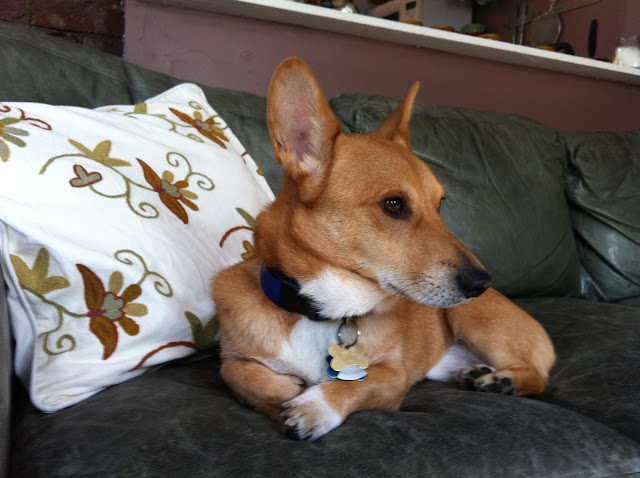 “Beau has brought me endless joys in the three years since that fateful day. He’s a goofy, squirmy, snuggly little love who resembles, depending on the angle and the day, a pig, a bunny rabbit, a fox, a weasel, a meerkat, and a seal pup. But make no mistake, he’s all Corgi: a herding, barking, shedding, bossy little loudmouth. I wouldn’t want him any other way.” 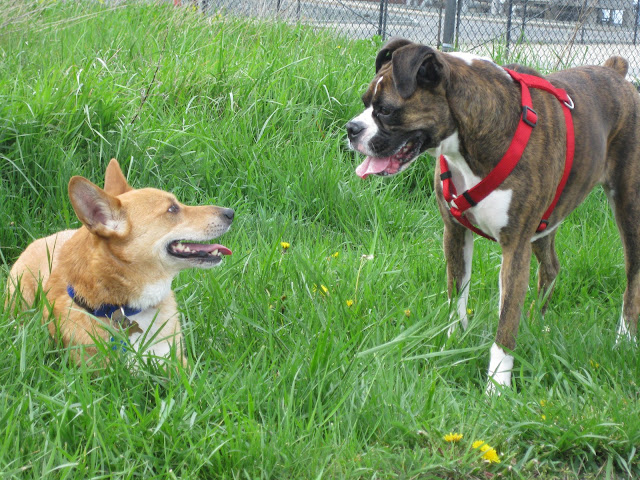 “His dislikes include (but are not limited to): scooters, rollerblades, forced boat rides around scenic Boston Harbor, taking baths, and relinquishing really good sticks.”
“Corgi-Beau’s single greatest love just might be my human-beau, Stuart. After a few months of suspicious sniffing and flat-eared grumpiness, Beau decided that Stuart is his favorite, favorite, FAVORITE thing. Better than hot dogs, better than the muddy swimming hole at our local park, better than shredding cereal boxes, even better than a really good stick.” 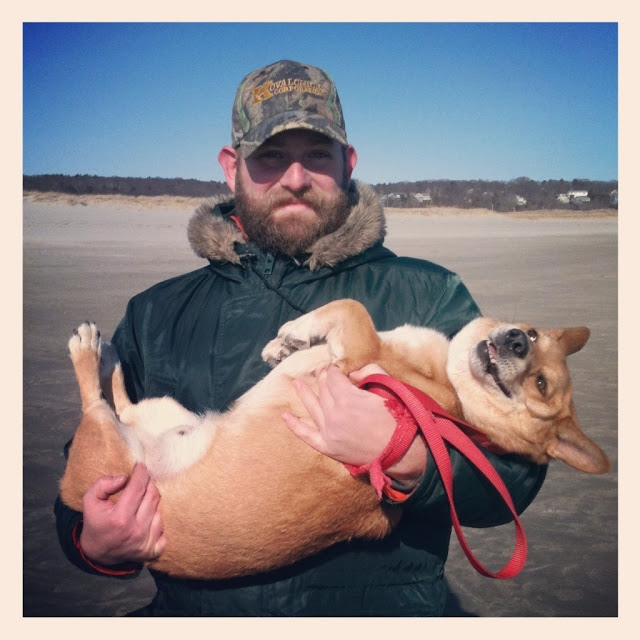 “Beau is a lovable little goofball. I hope having him featured on The Daily Corgi will inspire other people to adopt a grown-up Corgi who needs a forever home!” 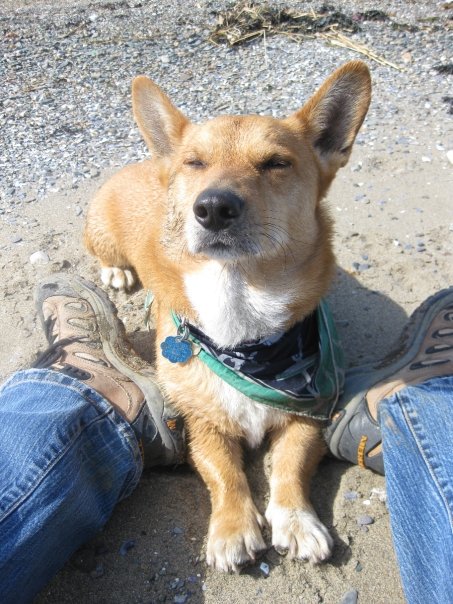 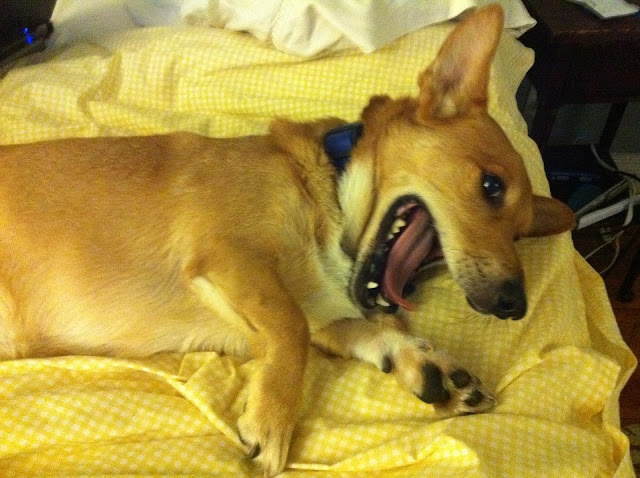 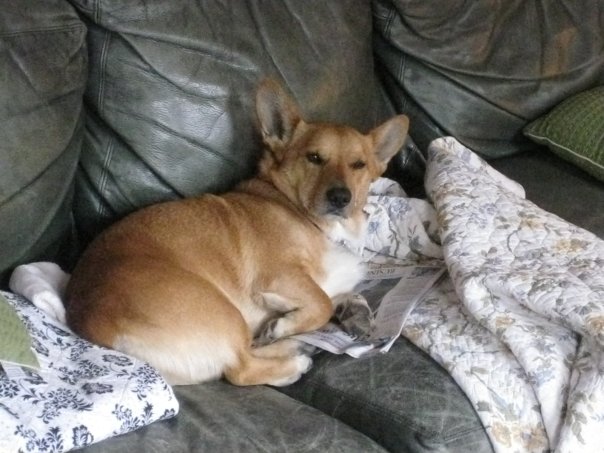 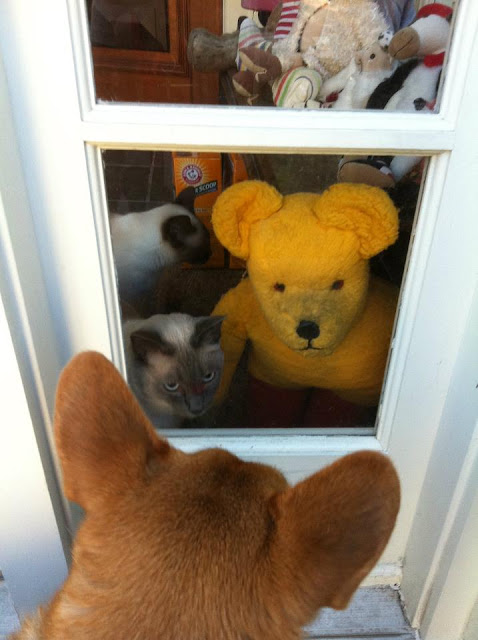 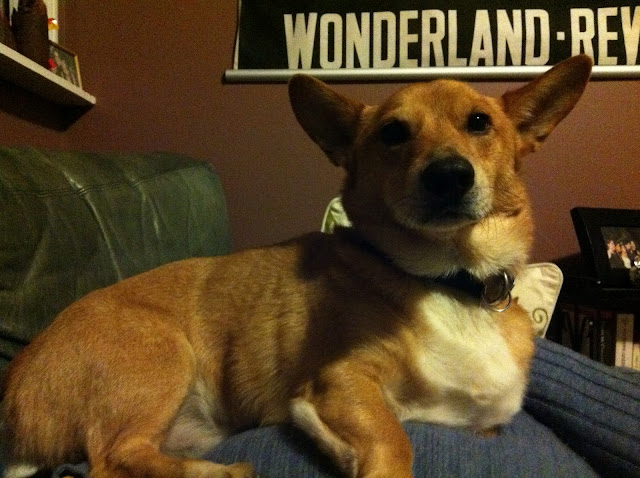 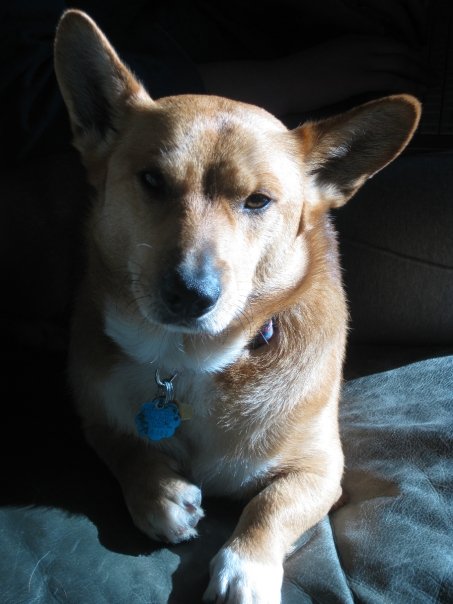 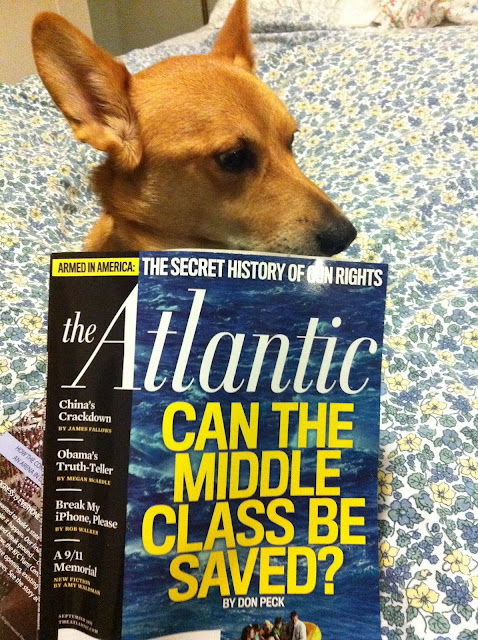 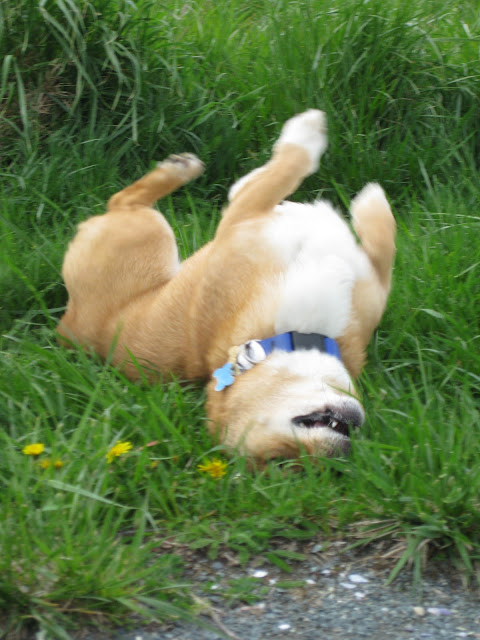 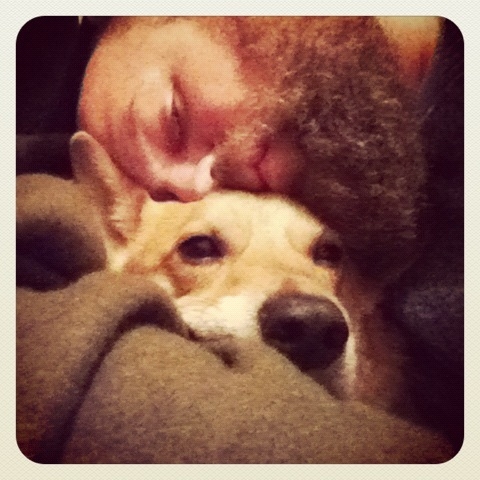 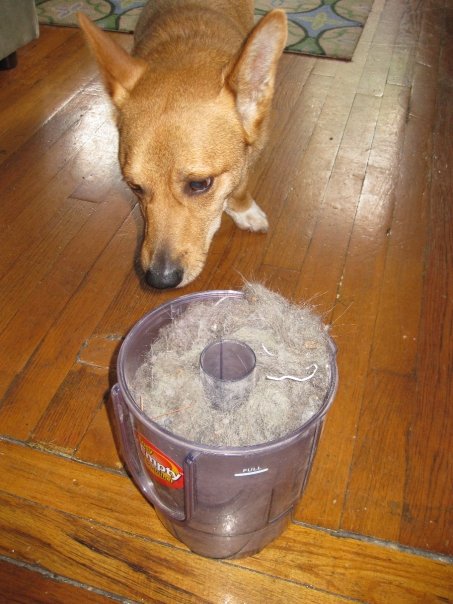 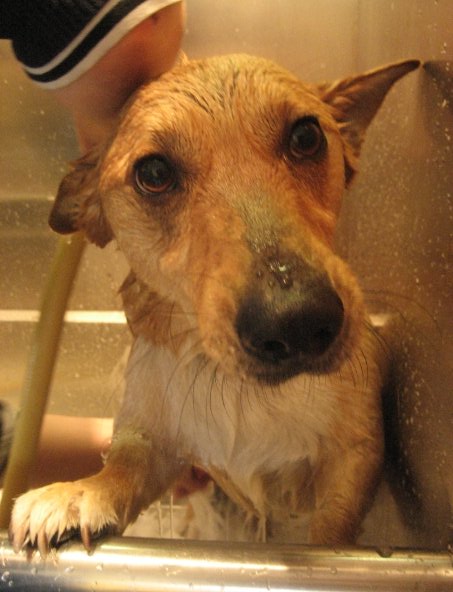 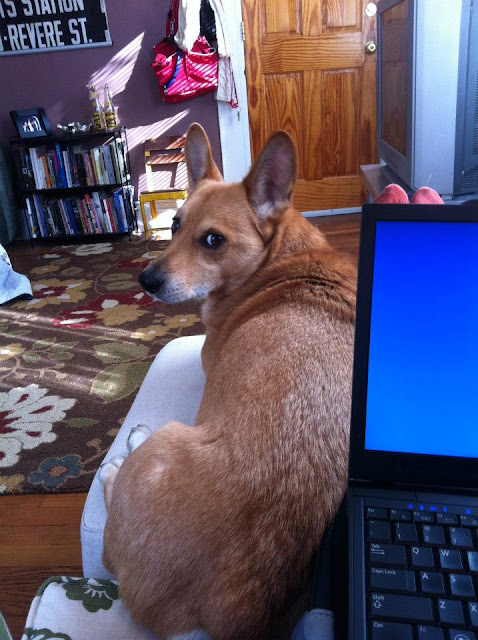 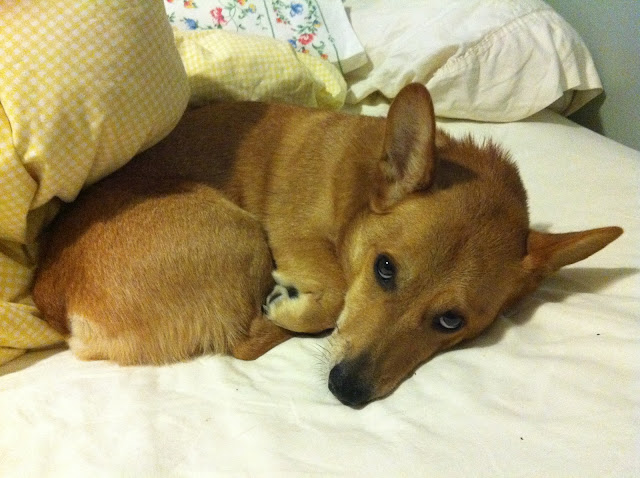 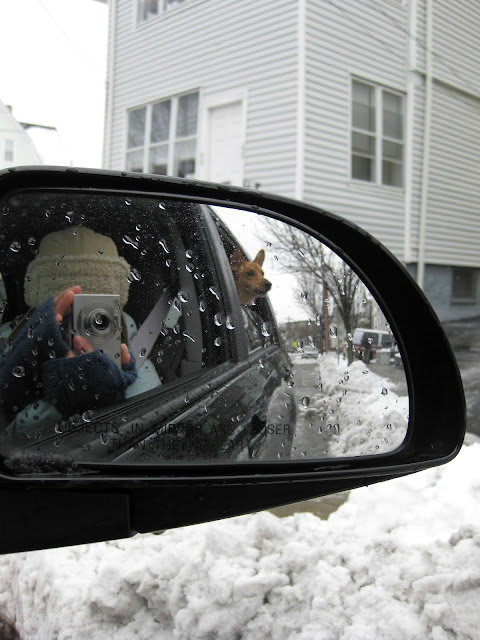 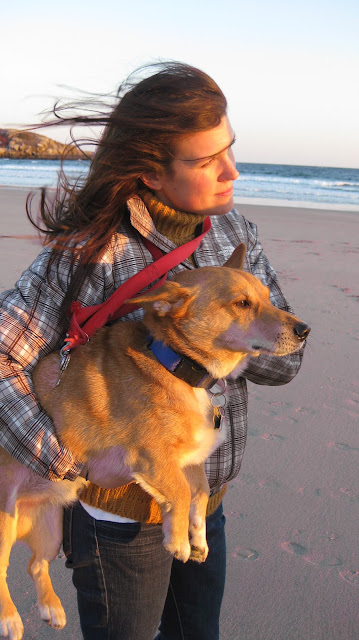 This post originally appeared on The Daily Corgi on April 5, 2012.

Ten year old Frankie stakes out his favorite spot on the couch. Flooftastic.   Jasper still looks a lot like a puppy, but he ... END_OF_DOCUMENT_TOKEN_TO_BE_REPLACED