Nikko is a 6 year-old super-smart fluffy keepin’ it Corgi in Royersford, Pennsylvania. Like lots of Corgis, he is kind of an attention hog. Nikko might prefer we describe it as “friendly with everybody” but really … c’mon … 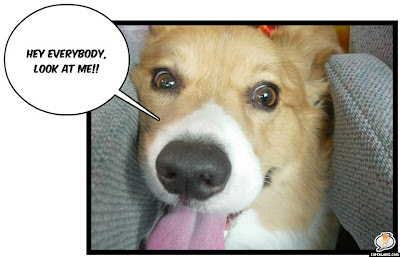 His next door neighboor mistook him at first for an overgrown guinea pig! 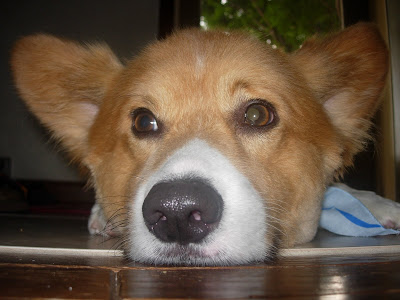 No slander against guinea pigs, but really … I think Nikko must have been at least a little bit insulted. Don’t you?
He is a real snow baby who loves romping in the flakes, but he’s scared of water and avoids creeks, lakes and pools. Nikko likes to try popping balloons hanging from the ceiling, trailing a a dangling string. It’s a challenge, especially with the short legs!
The squirrels in his backyard have his number and know to steer clear when Nikko, Sheriff of Squirreltown shows up. 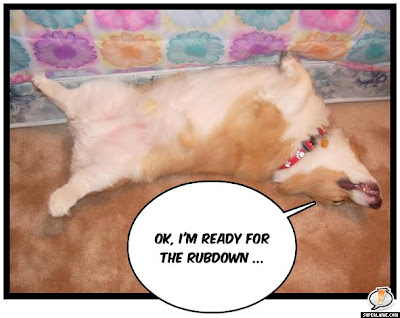 He thoroughly enjoys his regular “PM belly rub”. Grooming Nikko is a breeze because he just sleeps through it. Sometimes his short legs jerk like he’s running while he sleeps. 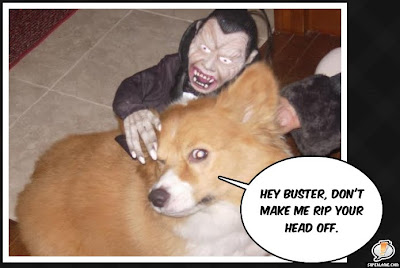 Sometimes his human siblings joke that he looks like a large, overgrown hamster. I don’t know about you, but I wouldn’t want to mess with a hamster who’s quite possibly smarter than me! And he’s giving that vampire the business, too. He may be afraid of water, but the blood-feasting un-dead clearly do not intimidate him.
* * * * *
Welcome to the blog, Nikko!
You look like a Corgi to me … I mean, I really have to squint to see the hamster thing. And it could only possibly be a teddy bear hamster, because just look at you.
You’re like the Charmin of Corgis! Hard not to squeeze.
CORGIS SEMPER FI!

Ten year old Frankie stakes out his favorite spot on the couch. Flooftastic.   Jasper still looks a lot like a puppy, but he ... END_OF_DOCUMENT_TOKEN_TO_BE_REPLACED