Sully (ARCH Sullivan’s Travelin’ Pants CD RE RL2 CGC) is a “dreamboat of a Corgi” who joined his family in central Illinois three years ago as a rescue from the Lakeshore Pembroke Welsh Corgi Club: http://www.lakeshorecorgirescue.com/ He’s a six year-old Tri.
“Sully was a shy boy” writes Mom Jenna, “not your typical bold, cheerful Corgi. But he warmed right up to life with our family (my husband and I and our curmudgeonly cat, Red).” 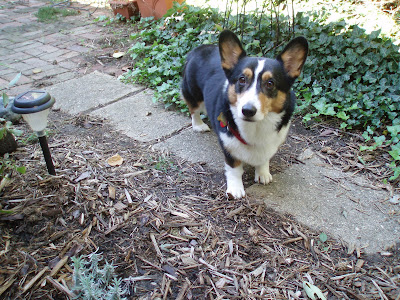 “He has gained so much confidence through training and being involved in everything we can find in our area to get ourselves into. That includes Obedience, Rally, dabbling in freestyle and training for the TD tracking test. Sully likes to compete but gets tired by the end of a long day and can sort of decide when he’s done for the day by slowing to a crawl in the ring. He has won many ribbons, though, because he is usually on his best behavior.” 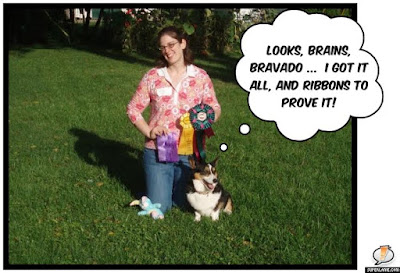 “He is definitely a one-dog Corgi, but he will now tolerate other dogs being around as long as they’re polite and civilized and don’t get too unruly. Sully is the fun police and will chastise ANY dog that gets rowdy. Nowadays, he can be a regular bossy, mouthy Corgi, especially when the cat is instigating an argument or he wants something and isn’t getting it that exact second.” 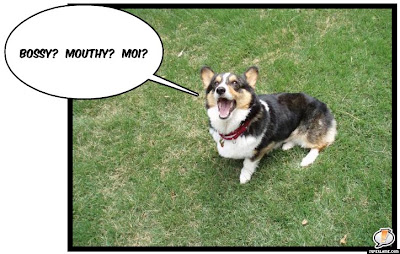 “Sully LOVES sweets, especially grandma’s recipe for cranberry cinnamon corgi cookies: http://corgipants.blogspot.com/2007/11/home-baked-dog-treats-cranberry-and.html He is a complete couch potato and loves to sit around watching TV and sleeping. He HATES hot weather, and for Sully hot means anything about 60 degrees! He loves to chill in the air conditioning, a luxury he didn’t have for the first three years of his life in some backyard.” 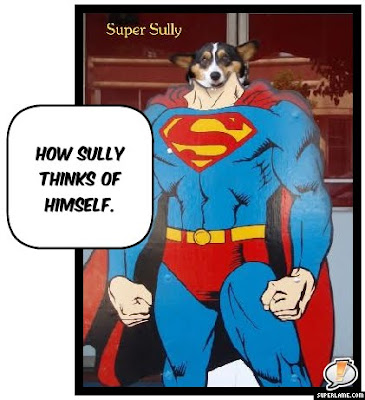 “As much as he may yowl and aroooo at the cat, Sully LOVES cats. He just wants to be friends and lick them and curl up with them to sleep. Our cat, however, wants NOTHING of the sort so there is a constant struggle.
He has a Dogster page: http://www.dogster.com/dogs/303318.
Sully helped make a tooth-brushing tutorial because he knows proper oral hygiene is important! http://www.instructables.com/id/How-to-brush-your-dog_s-teeth/.
He had a grand birthday soiree for his 4th birthday with all of his Corgi and non-Corgi buddies. They played find the tennis ball, bobbed for hot dogs and ate pupcakes and peanut butter banana frozen yogurt.” 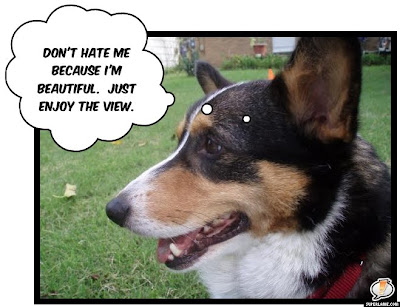 “Sully HATES water. (He wouldn’t even bob for hot dogs, can you believe that?!) Rain, puddles, dewy grass, they’re all bad in his book. Like a lot of dogs, he isn’t a fan of thunderstorms and I think it’s because he knows his feet will get wet.” 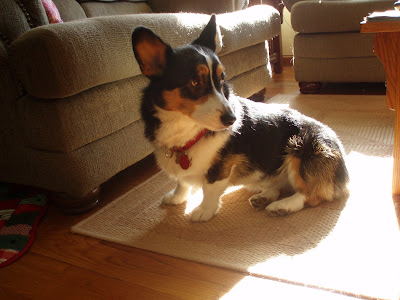 “Sully enjoys taking long walks (as long as it is dry, not too hot, free from off-leash dogs, includes at least one cat/squirrel/rabbit citing, and is punctuated with treats). He especially loves winter walks in the snow (as long as his feet have had Musher’s Secret applied, it isn’t too windy, the snow is frozen NOT slushy and the snow isn’t above Corgi-head level). Sully is a complex Corgi, as you can see.” 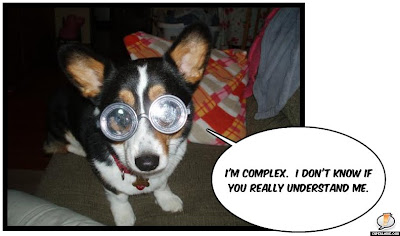 “He is happiest being loved by BOTH his mom and dad at the same time in the climate controlled indoors. :)”
* * * * *
Sully inspires his Mom everyday, and she’s a blogger too: http://corgipants.blogspot.com/
High five, Sully!
Here’s to keeping it Corgi every day in Illinois!

Ten year old Frankie stakes out his favorite spot on the couch. Flooftastic.   Jasper still looks a lot like a puppy, but he ... END_OF_DOCUMENT_TOKEN_TO_BE_REPLACED