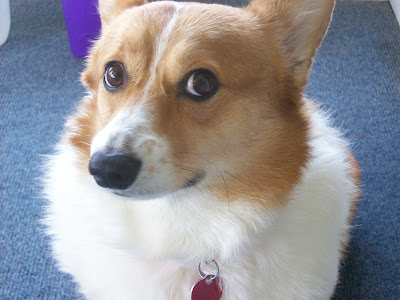 Well, there’s that and the whole Corgi thing too.Dixie is a singer, and like any performer she has her favorite pieces. She won’t sing to just anything though. Some of her favorites are the theme song for Jeopardy, Wheel of Fortune, ABC Nightly News, the Stanley Steamer commercial, the Empire Carpet commercial, and the theme to One Life to Live. Her absolute favorites are the themes to HBO’s True Blood and General Hospital. Here she is serenading along to the General Hospital intro: note that when the music starts and stops, Winnie does too!

“She is the most loving dog I’ve ever known. Dixie truly loves everyone and thinks everyone she encounters came out just to see her and she wiggles her butt in happiness! She is just so easy to adore and love.” 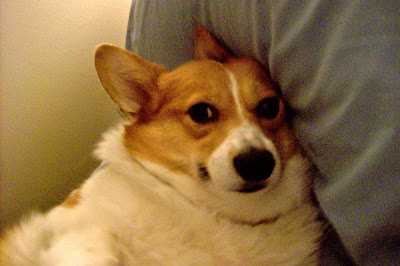 (Ed. note: Why wouldn’t she think that? This is pure irresisitable-ness). 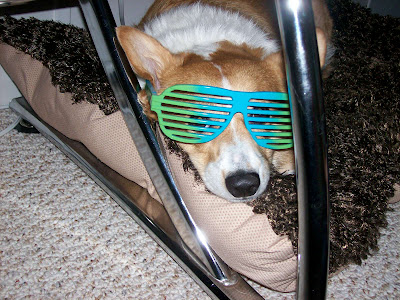 Dixie is a big fan of fetch, and favors her rope toys. “She gets mad if she can’t catch it while it’s still in the air.” Playing tug of war is a favorite pastime, and she easily proves that while Corgis are small in stature, they are big on strength. If she can pull you off the couch, it’s almost as if she’s laughing!” 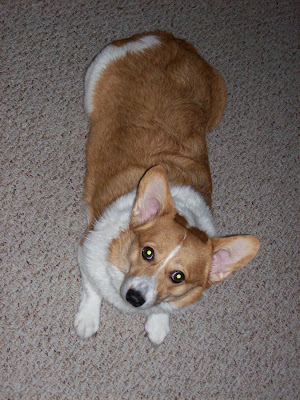 As a Florida Corgi, Winn Dixie enjoys meeting all of the lizards and frogs she encounters in her backyard. As long as they know it’s her backyard, of course.
* * * * *
And that’s Winn Dixie’s story of keepin’ it Corgi down in Orlando!
Barrels of biskies to you, good girl.

Ten year old Frankie stakes out his favorite spot on the couch. Flooftastic.   Jasper still looks a lot like a puppy, but he ... END_OF_DOCUMENT_TOKEN_TO_BE_REPLACED