The story of how Watson came into Alden M.’s life is one of great love, deep loss, and the rebirth of happiness.  In other words, Watson is at the center of a story about life, the places it takes us and the turns along the road.
Ultimately it’s a hopeful story, the kind I like best. 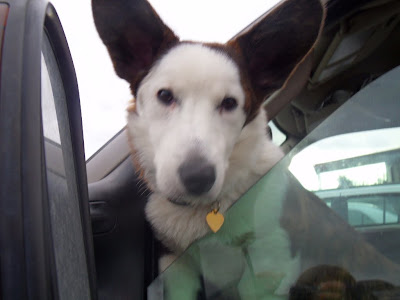 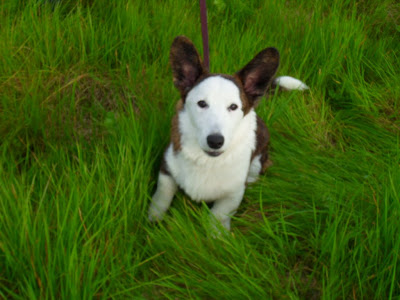 “My name is Alden M., and I am happily owned by nine month-old Watson.  He is one of three dogs in my home.   There’s 16-month-old “cousin” Fig Jam, and 12-year-old Duncan (C-Myste Nobody’s Fool).  Watson’s registered name is Elyan C-Myste Elementary My Dear Watson.”
“How I came to be owned by Watson is a pretty remarkable story.”
“Last August, August 7th to be exact, I lost C-Myste Smokin’ Axel.  He was the love of my life, and his death devastated me like no other. Axel was a beautiful black and white mismark. I loved him to the point of obsession. After losing him, I sunk into a horrible depression, and if I didn’t have four children, and two other dogs, I don’t think I would have ever gotten out of bed.”
“Yes, his death hit me that hard.”
“As a regular reader of Penni and Carolyn’s blogs, I learned that Carolyn’s Phoebe had bred to Penni’s Chase. The puppies were due in September, but a new puppy was the farthest thing from my mind. I was an avid reader of the blogs (still am), and there were many comments on both blogs.  Everyone wanted girls! Blue girls, brindle girls, no one cared much about color, but they did care about having females.”
“I made a very innocent comment on Penni’s blog saying  “Maybe, just maybe, there will be a little black and white mismark boy.”  Within ten minutes, I had an e-mail from Penni saying, “Alden, if there is a mismark, it’s all yours.” Although Chase has a mismarked litter sister and brother, Phoebe had never produced a mismark, so I didn’t get my hopes up.”
My hopes sunk even further when an x-ray revealed that Phoebe was carrying only two puppies. Two big puppies, but two just the same. I gave up dreaming of a white-faced boy. Then, on September 19th, I received an e-mail from Penni that read, “Your puppy was born at 12:10 am. He is a full mismark. Both he and his brother are thriving.”
Ten weeks later I flew to Albuquerque, New Mexico, and came home with what appears to be the second greatest love of my life.  So you see, I fell head over heels for Watson before I saw his picture. 😉 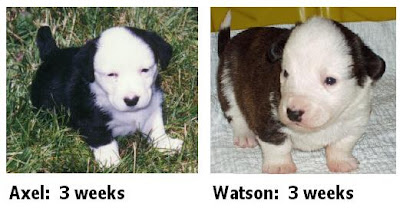 This is a photo of Axel and of Watson at the same age. A bit uncanny, no? 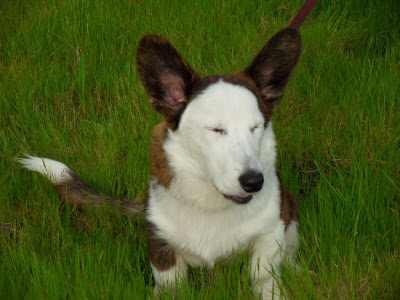 Hmmm, what IS Watson thinking here? 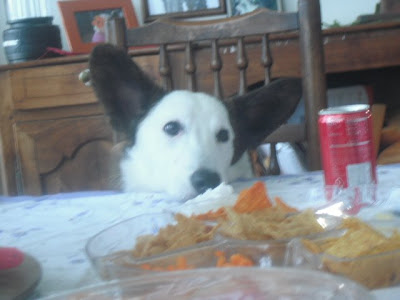 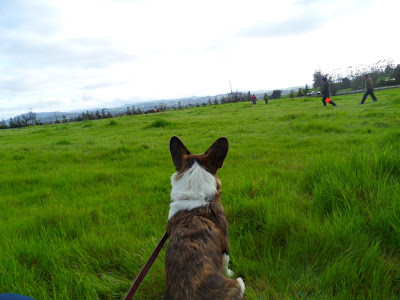 Beginning his tracking career, back in February.
“My son Ian is Watson’s favorite partner in crime.  Frog catching, mud digging, and wave rolling are just some of the activities they enjoy.” 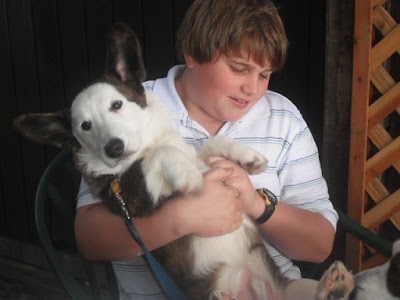 A dog and his boy.
Pics of Watson enjoying himself on a trip to Lake Tahoe, CA: 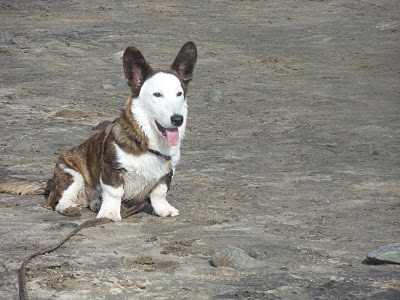 Look at those PAWS! 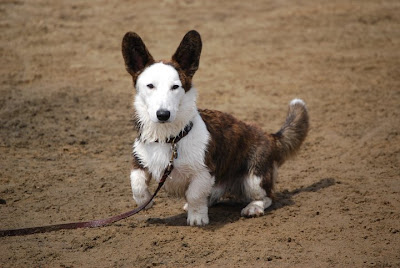 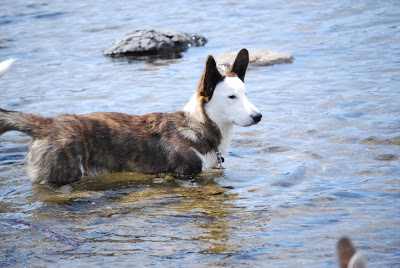 Watson’s brother Holmes still lives with breeder Penni A. and daddy Chase in Albuquerque, NM.  You may remember Holmes from his Dog of the Day post back in March, when he shared the spotlight with Kip, Chase and Inca.

You can see lots more pictures of Watson, and follow his exploits, at his Mom’s blog:

Welcome to The Daily Corgi, Watson!

It was meant to be for you and your Mom … and Ian too!

Ten year old Frankie stakes out his favorite spot on the couch. Flooftastic.   Jasper still looks a lot like a puppy, but he ... END_OF_DOCUMENT_TOKEN_TO_BE_REPLACED