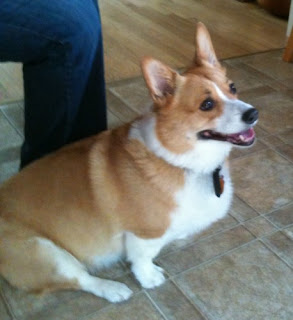 Daisy is an un-docked seven year-old girl in Woburn, Massachusetts.
From her Pet Finder listing:
“She needs to be an only-dog in her new home and this is why she is being given up: she doesn’t get along with the other Corgi in her current home. She’s healthy and cute; she’s pretty low-key and is happy just being with her humans. She walks well on-leash, but can be reactive when she encounters other dogs. She likes to chase squirrels and birds outside and would probably do the same with a cat, so she probably wouldn’t be a good match for a home that has cats. She is good with older children: ages 10 and up. A fenced-in yard is REQUIRED for Daisy.”
Daisy is a direct owner placement;  Little Legs Rescue is assisting in the applicant screening process.
*  *  *  *  * 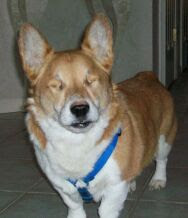 Codi is an eight and a half year-old male in Richboro, Pennsylvania.
From his Pet Finder listing:
“Not good with other dogs; Cats-?; good with older kids; walks well on leash. Both eyes had to be removed due to glaucoma; mostly quiet and loving but can be unpredictable when startled which is understandable with a blind dog; can be food aggressive. Family loves the dog but a baby is coming and parents are nervous about having Codi near the baby.”
Contact:  Animal Rescue and Referral, Inc.
*  *  *  *  * 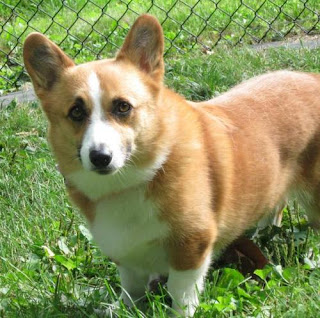 Hello, handsome Rocky!
From Rocky’s Pet Finder listing:
Four year-old Rocky in Hagerstown, Maryland is “a serious thoughtful guy. He’s had some issues to overcome from his previous home and he’s ready to go find a new forever home. He’s clean in his crate, has all of his shots, microchipped, and is heartworm negative. He gets along with laid-back quiet dogs but would appreciate a space of his own so he can get away if he wants to. He will not be placed in a home with children as they worry him, too.”
The folks at Tri-State All Breed Rescue recommend a fenced yard for Rocky, and “wireless/invisible is not an acceptable substitute.”
*  *  *  *  * 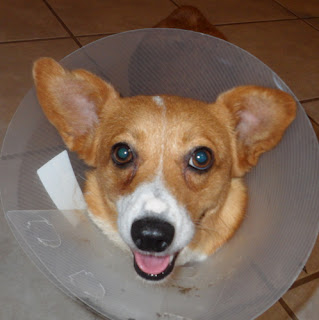 According to her Pet Finder listing, four year-old Josie of Michigan was “released from a commercial breeding facility. She is very friendly and outgoing. Her foster mom can’t believe she is 4 years old by the way she acts. She is very active and loves to play. Josie gets along great with other dogs. Josie is current on vaccines, has been spayed, vet checked, heart worm tested and has had a dental cleaning. She is current on heart worm and flea preventative. Josie is ready for her new home!”
Contact:  Save A Dog, Inc.

Ten year old Frankie stakes out his favorite spot on the couch. Flooftastic.   Jasper still looks a lot like a puppy, but he ... END_OF_DOCUMENT_TOKEN_TO_BE_REPLACED