Chloe F. of Singapore blogs about her rascally Pembroke Qooki at The Rants of a Corgi. 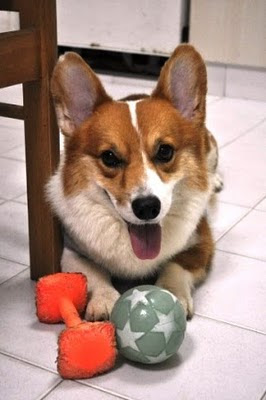 Qooki is five years old and full of beans … 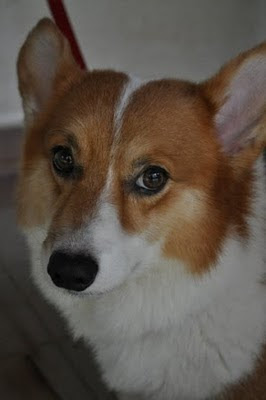 … but as Chloe says, “When he looks at me with his doleful eyes, I forget about all his mischief.”
Although his name is Qooki, he prefers Poppy and will respond to that.  Obviously a Corgi with a strong sense of identity (redundant, I know). 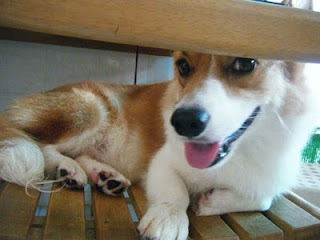 His favorite hiding spot is on the chair beneath the table … 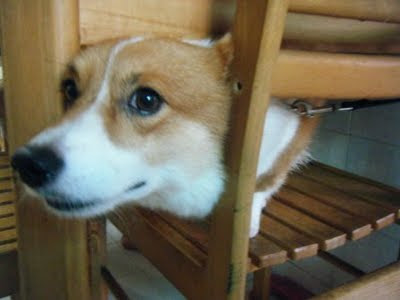 … where no doubt he’s planning his next naughty Corgi caper. 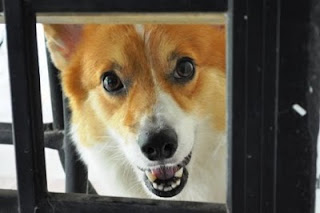 He’s never away from the action for too long! 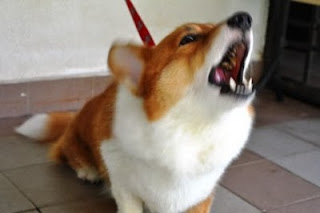 Qooki is a barker, much to the neighbors’ dismay. “He’s so afraid the whole neighbourhood doesn’t know he exists, but I’m immune to his barking by now.” 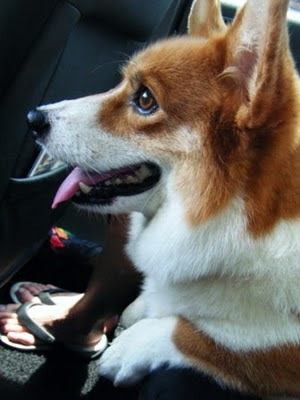 Qooki fancies his naps, but not before he’s had a good stretch-out first … 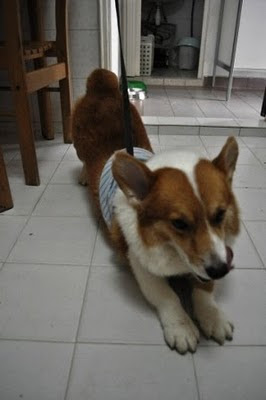 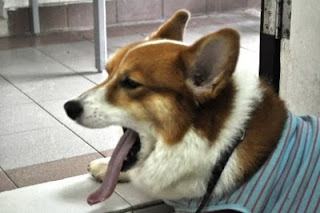 … before settling into slumber mode: 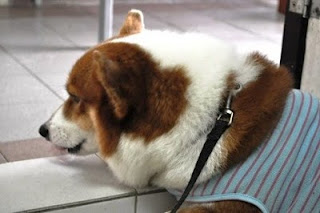 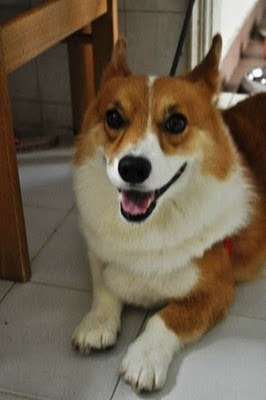 Like many Corgis, Qooki understands more than one language.

“Eavesdropping on our conversations is his favorite pastime.  Did I mention that he understands (yes, he really does) English, Chinese and Cantonese?” 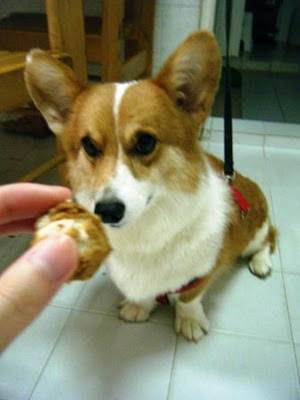 He is VERY motivated by food … 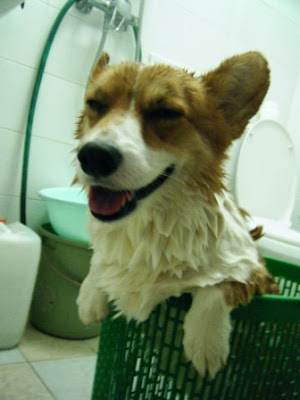 Chloe posted this funny entry on Qooki’s blog last year (I selected the photos for attempted comedic effect):
1. We bought him a tent to hide in when it rains, but guess what the fella did? Bark at it all night. 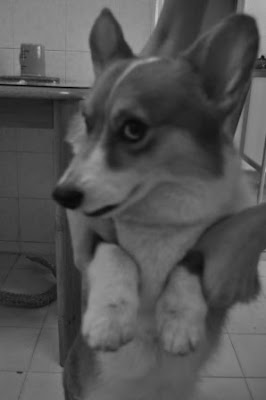 2.  Pooping and peeing is a helluva great deal for him, he HAS to announce it, regardless. He barks ’til you acknowledge the laying of the golden eggs. 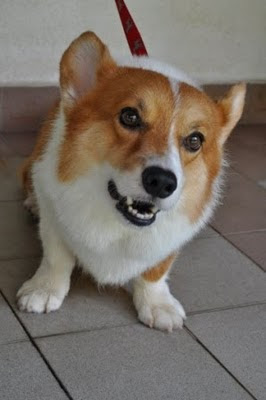 3.  He derives ultimate joy from perching at the balcony, just a step up to peer down and barking relentlessly at the activity downstairs, all the while wagging his furry tail nonstop. 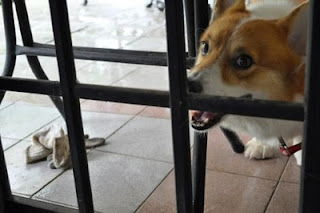 Obviously, a watchdog is called for here.

4. It amuses me to no end watching him sit real still regardless which part of the balcony he’s at whenever anyone of us opens the gate, as if welcoming us home from atop.

5. ‘Til today, he stills gobbles his homecooked dinner with much gusto… 🙂 It’s been a real long while since he had that much interest in food. Yes, he partakes of the same fruit platter as we do after dinner daily. Apples, pears, bananas … 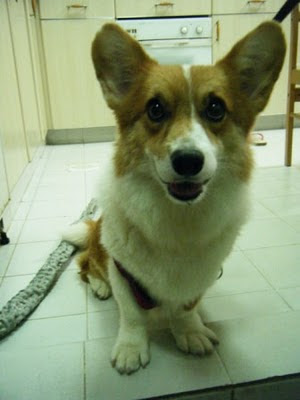 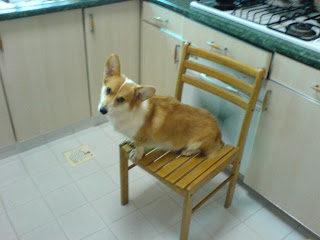 And he’s cute enough to get away with it.

In spite of Qooki’s naughtiness, Chloe writes  “We all love him so immensely much.  I think life can never be the same without him.”

Looks as though you’ve got Corgi Power pretty much covered there in your neighborhood.

Ten year old Frankie stakes out his favorite spot on the couch. Flooftastic.   Jasper still looks a lot like a puppy, but he ... END_OF_DOCUMENT_TOKEN_TO_BE_REPLACED