LuAnn C. and her husband Jeff brought their Pembroke Megan home from Ocala, Florida in July 1998, and she soon assigned herself the role of Mom’s protector. Megan wasted no time in establishing the new pecking order. 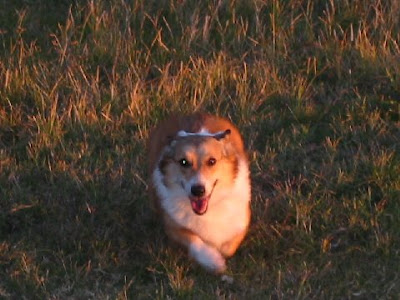 “Megan was always on-duty and when everyone else went to bed, it was “our” time to cuddle, although she wouldn’t do it when others were watching” writes LuAnn.  She loved to be in the yard with me when I’d work in the butterfly gardens and never tried to hurt our delicate visitors.”

“A year after we got Megan, we agreed to co-own a Corgi named Pyewacket.  Pye came to live with us and we called him our miracle dog.” 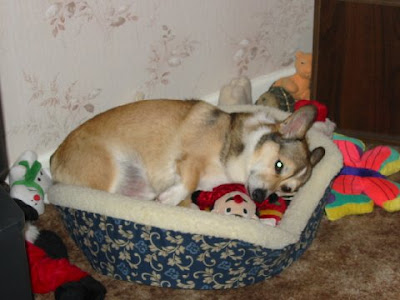 “He went through a couple of surgeries and had several health scares during his lifetime, but he was so laid back and could bring a smile to anybody’s face. He had the most unique Corgi personality I’d ever seen.” 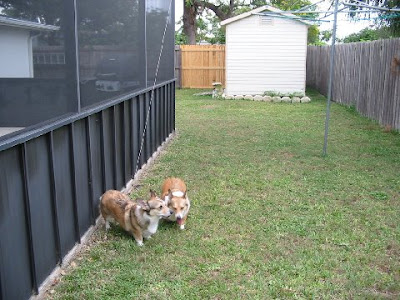 “When dear Pyewacket crossed the Bridge unexpectedly a year ago, even our vet and her assistants were in tears the day we had to say goodbye and cried when I went back to settle his bill.  What a heartbreaker.”

“To help ease the pain of losing him, we brought Sparky, a new Corgi puppy into the family fold in February of this year.” 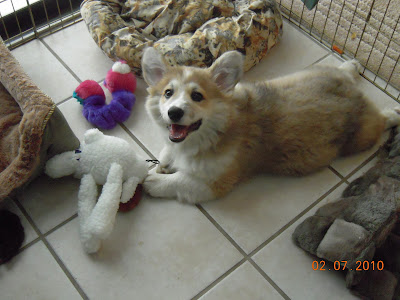 “One of Megan’s funny habits was hiding her treats and getting them when she wanted one. That changed, however, when Sparky arrived.  She wasted no time in assuming maternal duties towards him.” 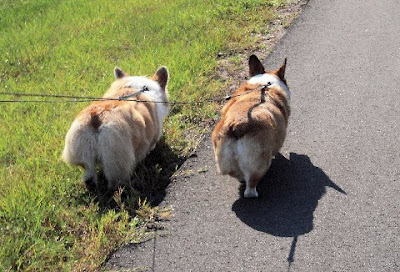 “She helped us train Sparky as to what he should and shouldn’t do.  Megan was such a good little mother to him.” 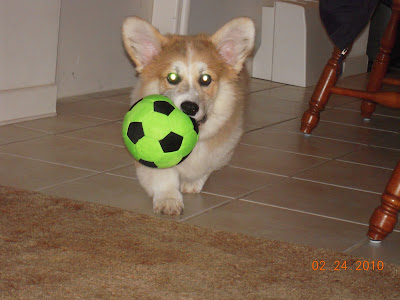 “When he became a rough with our rescue cat Mysti, Megan would give a little growl and Sparky would let up.” 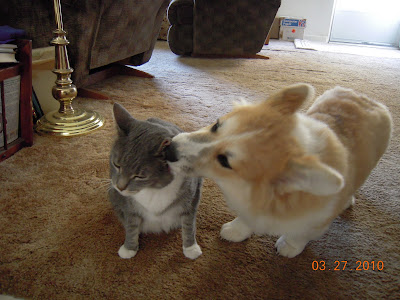 “On Jeff’s sixtieth birthday in October we all went for a walk together.  We had twelve wonderful years with Megan right up to her passing in November.  We found out just four days before Megan passed on that she had lymphoma. What was truly amazing was Megan didn’t like her pics taken but I was able to get a few the last couple months of her life. I prayed that she’d go peacefully and quickly but never expected it to happen that fast.” 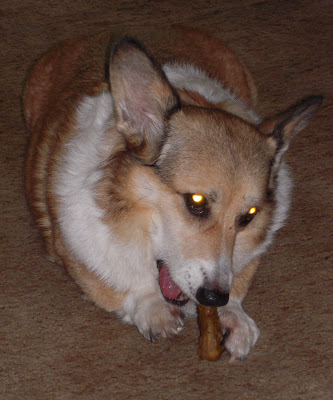 “It’s been rough, adjusting to the loss of two precious babies in one year. I still miss Megan so much.  She was my girl and I’m having a really hard time adjusting without her.” 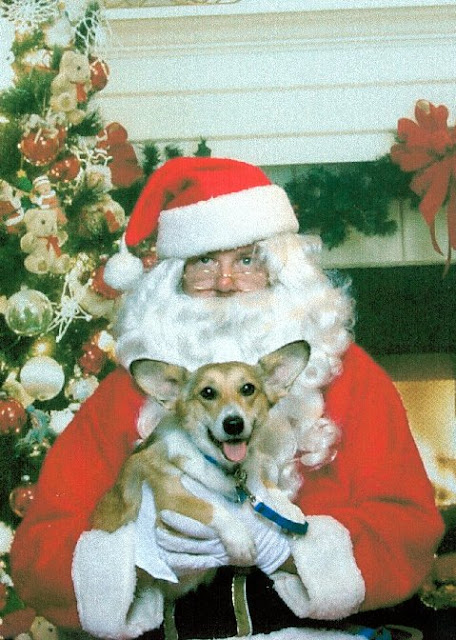 Megan in ’99, telling Santa to show her the BISCUITS!

“The day she left us, and for a couple of days afterwards, when I’d take Sparky out a monarch would come and flit around us, as though to let us know Megan was no longer in pain.” 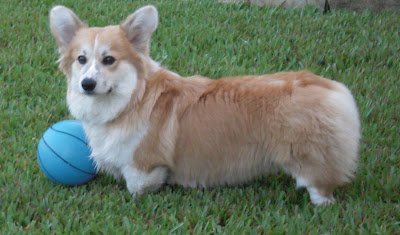 “Young Sparky continues to thrive.  He completed basic obedience class, and he loves playing at home with Mysti, who is his best buddy.” 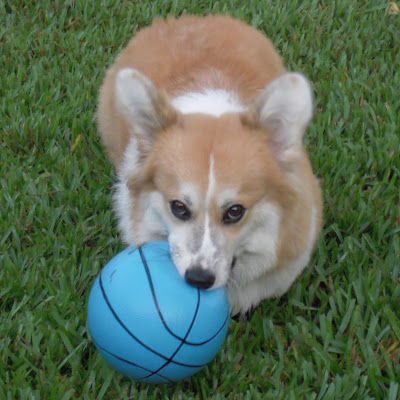 “He thrills to going for rides, running in the park and playing with our neighbor kids. He’s really quite a lover!” 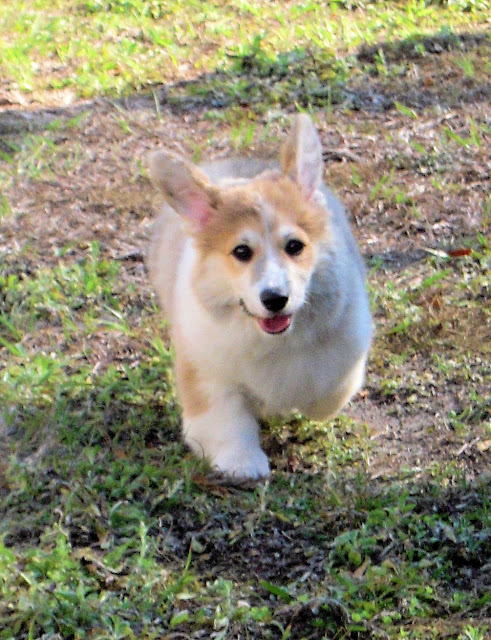 “Thanksgiving week we had a park day with Sparky’s “relatives” in Clearwater:  Gelly, a three year-old fluffy and Jasper, a year-old male. They had such a great time frapping!” 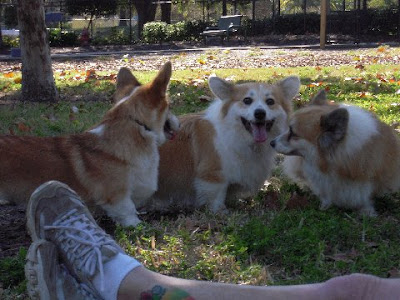 “It was one of the highlights and brightest spots for us in a long time.”
“Jeff and I don’t have children, so these are our babies.  I’ve never had a time in my life without at least one animal or two and when I met Jeff we went to three!”
*  *  *  *  *
Welcome to The Daily Corgi, Megan, Pyewacket and Sparky!
Wishing you many more Monarchs in memory of all your babies at the Bridge.

Ten year old Frankie stakes out his favorite spot on the couch. Flooftastic.   Jasper still looks a lot like a puppy, but he ... END_OF_DOCUMENT_TOKEN_TO_BE_REPLACED