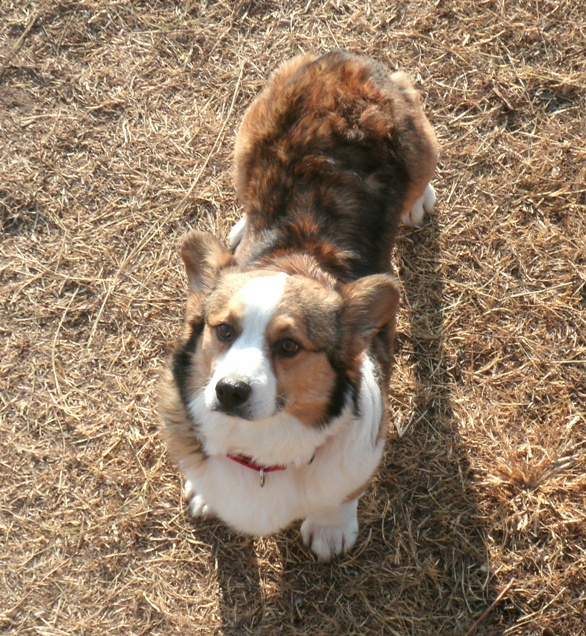 Albert is currently a foster with Jeanette DeMars of the Corgi Connection of Kansas.  He came from the same puppy mill as Benny C., who was another Saturday Smiler on the blog and recently landed his forever home.
“Albert is like a teddy bear. He is a drop-dead gorgeous sable and quite large for a Corgi — about 33 pounds.  He has huge paws, a large head and is about as sweet as they come. I’m actually fostering him with my gang, which was probably a mistake because I’ve fallen absolutely in love with him. As much as I would like to keep him, I really need to get him adopted.
He gets along fine with all of my dogs, so a multi-dog house would be fine as long as he’s given his fair amount of attention. He loves to be with his people. Albert is a little obsessive about cats so he would probably be best in a home without them. He loves to go for walks and explore our yard. We are working on recall and if you have treats, he does great! He also loves his dog bed and lying next to me on the couch. He’s not reliably house-trained, but we’re working on it. 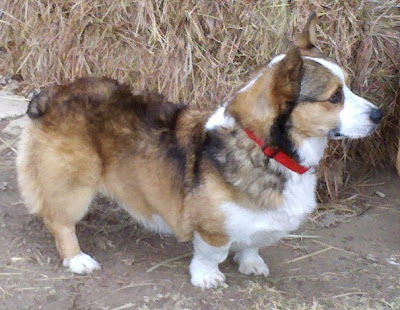 I will not consider applications from anyone who wants to crate Albert all day. He does not like to be crated and gets quite stressed. It would be ok for a couple of hours here and there. Ideally I would like for him to go to a home where there is someone there throughout much of the day or can at least go home at lunch. Albert is a work in progress given his background. He will need a patient person who is willing to let him “grow” at his own pace. He is fully “vetted.”
If you are interested in adopting Albert, please contact Jeanette at jeanette@corgiconnection.com.

Ten year old Frankie stakes out his favorite spot on the couch. Flooftastic.   Jasper still looks a lot like a puppy, but he ... END_OF_DOCUMENT_TOKEN_TO_BE_REPLACED