Gina A. had wanted a Corgi ever since she saw the movie The Accidental Tourist.  “I searched and searched for him and finally found him in 2006.  Henry and another Corgi were both four months old and nearly identical.  I watched as they hopped around and decided to do the “put them on their back to see how calm they were” test.” 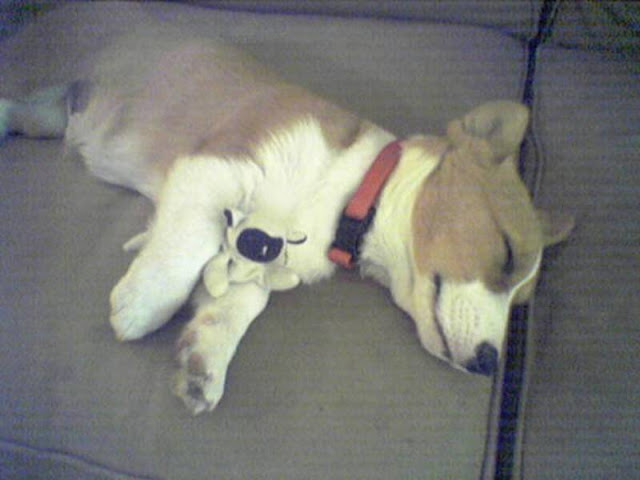 “Henry won.  That’s the day he came home with me.” 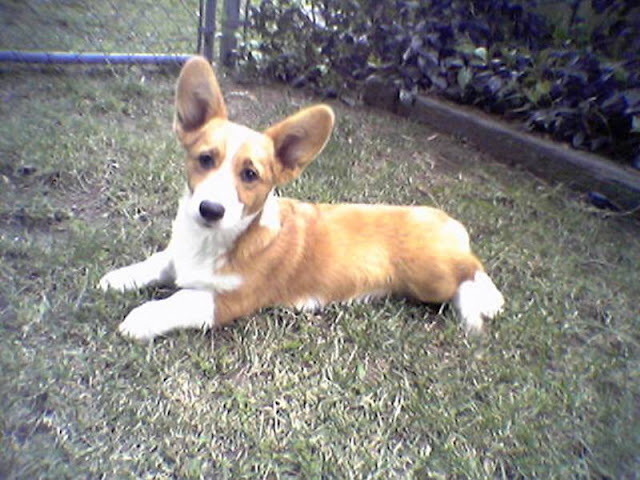 “I thought he would grow into his ears but he never did.” 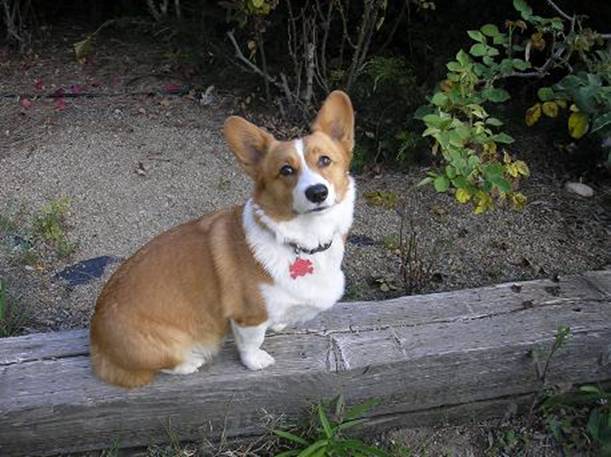 “Henry is very stubborn and does things on his own time.  He has a tendency to “steal” things and once grabbed a taco off the coffee table. The only evidence was a trail of lettuce and cheese leading beneath the bed, where I find a lot of stolen things hidden away.” 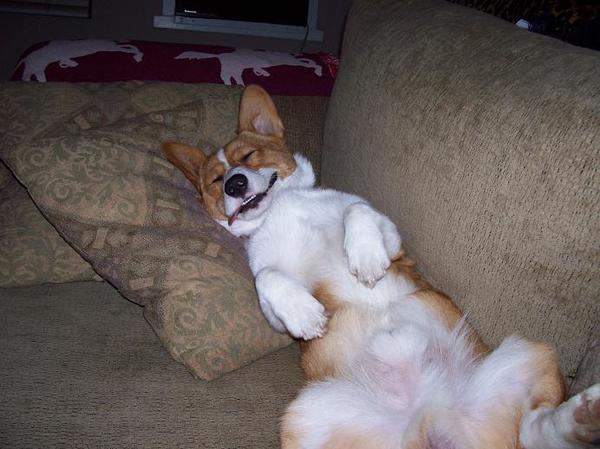 “Of course I let him have the it.” 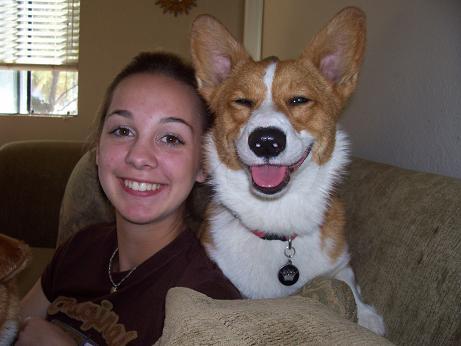 Auntie Dailey is his favorite!
“Henry loves squeaky toys and ripping that squeaker out of the toy as fast as he can (Ed. note:  squeak-ectomist!).  I’ve found it’s cheaper to sew the squeaker back in.  Sometimes a sheep will sound like a monkey but I don’t think he knows the difference.” 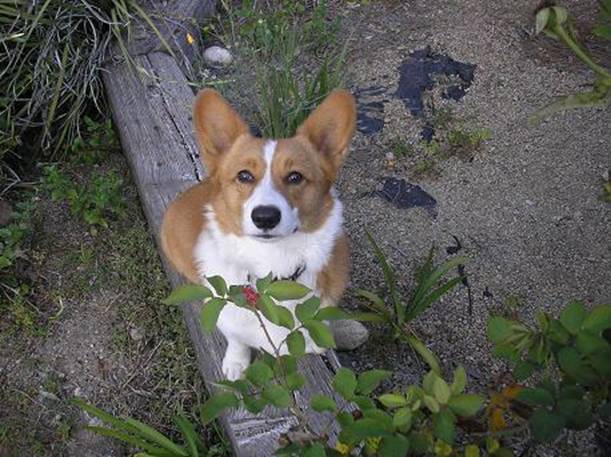 “He digs through all the grocery bags as soon as I get home to see if anything is for him.” 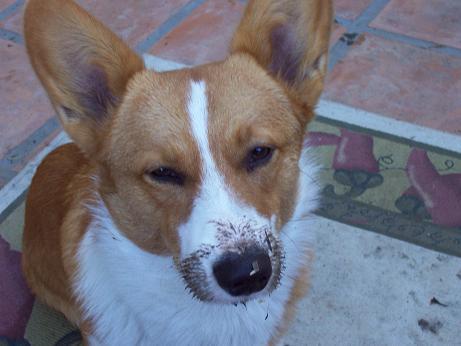 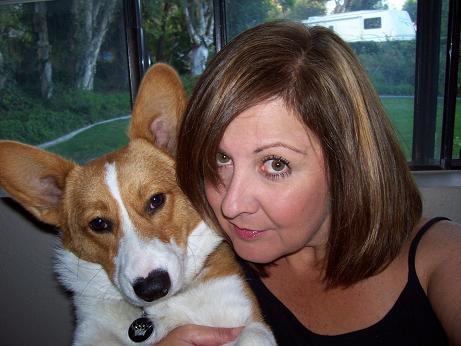 “Henry is the best boy in the whole world and I don’t know what I’d do without him.”
*  *  *  *  *
Welcome to The Daily Corgi, Henry James!
You are completely Corgi-tastic!

Ten year old Frankie stakes out his favorite spot on the couch. Flooftastic.   Jasper still looks a lot like a puppy, but he ... END_OF_DOCUMENT_TOKEN_TO_BE_REPLACED