Paige D. fell in love with Corgis after watching Cowboy Bebop, a Japanese anime cartoon featuring Ein the Corgi as a regular character. “I thought he was absolutely adorable, and vowed to research the breed more as it got closer to the time when I could have a dog of my own.” 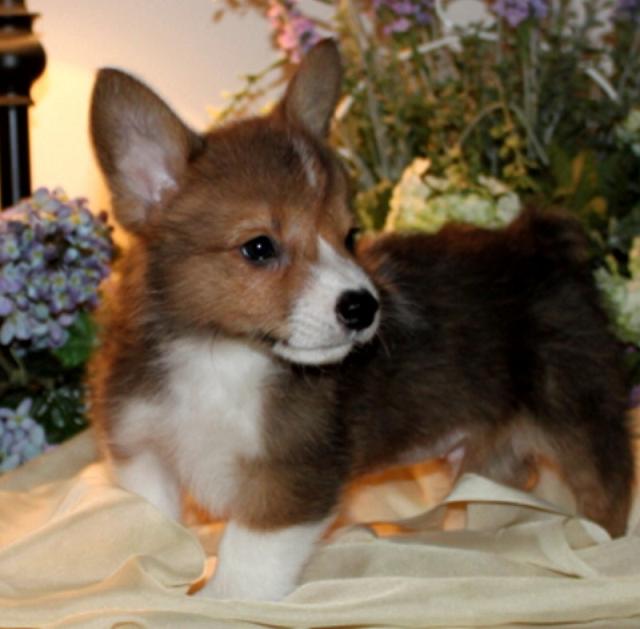 “The time finally arrived in January of last year. I checked with local breeders, selected one I liked, and told her I was looking for a red and white male. On March 12, I got word that my little boy had been born and would be ready to come home in May.” 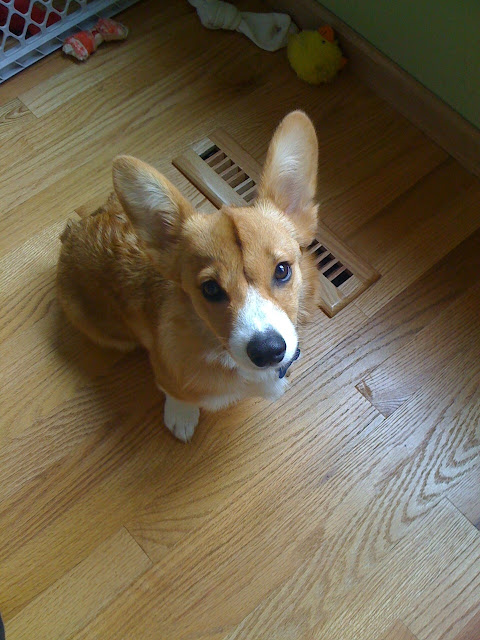 “They were the longest two months of my life.” 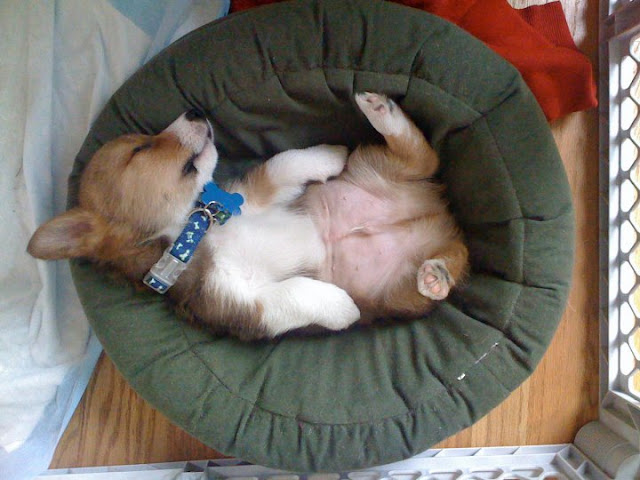 “I named my little guy Dexter, after the books/Showtime series. I couldn’t believe how adorable he was, with his little mohawk and the cowlicks on his tiny Corgi butt. We bonded instantly, and every second I wasn’t at work, I was with my new best friend.” 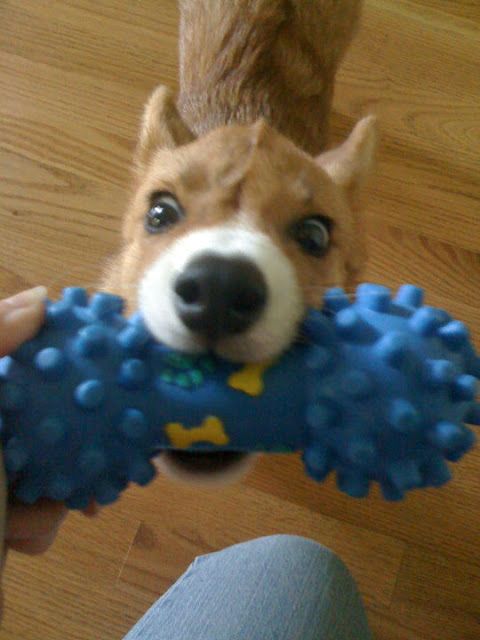 “He followed me around and almost always cried to be picked up and held when he was sleepy so he’d nod off in my arms. The first three weeks were very sleep deprived, but we made it through and I would do it all again for him if I had to.” 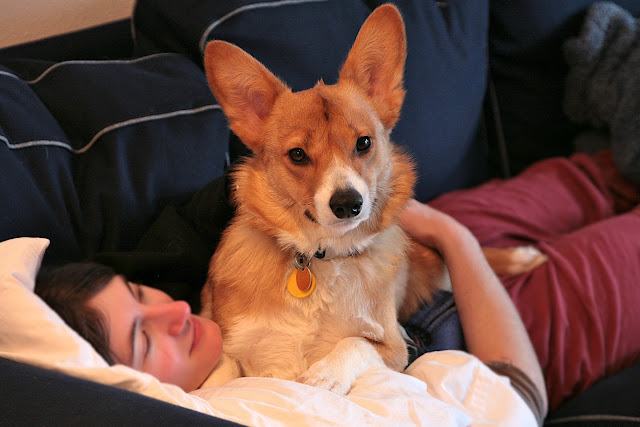 “My “little guy” is now a hefty 28 pounds and just had his first birthday.  Dexter and I have been through a lot of personal ups and downs together in the past year, and he never fails to cheer me up when I’m feeling down.” 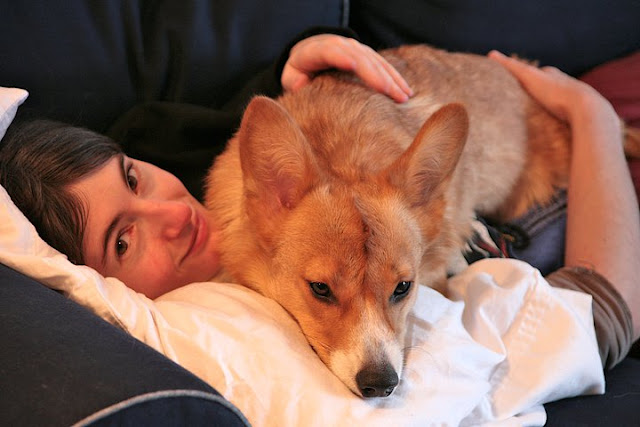 “Just the thought of him can put a smile on my face.” 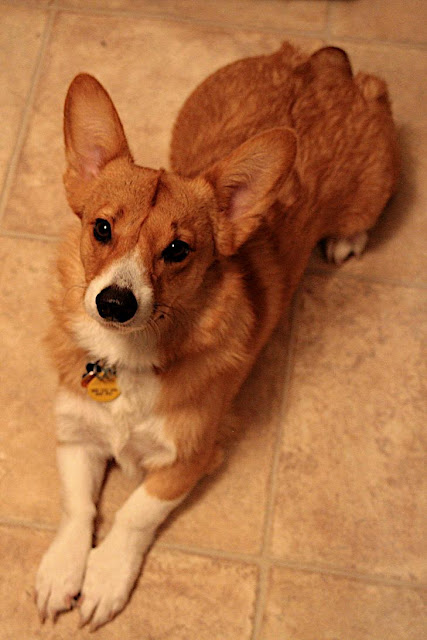 “He loves to go on long walks, play in the snow, herd his soccer ball, play fetch with tennis balls or squeaky toys, chew on rawhide bones, and snuggle with his Mama.” 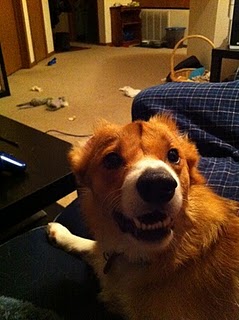 “He’s a pretty laid-back guy, but he really hates getting his nails trimmed, and turns homicidal when we use our poor vacuum cleaner.” 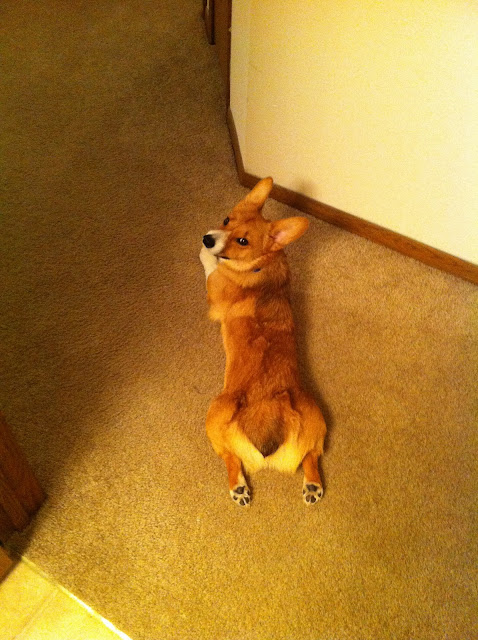 “Dexter is highly expressive. He grunts or barks to let you know when he’s unhappy with your choices. He’s also famous for the sideways look he gives you when he knows you’re being an idiot.” 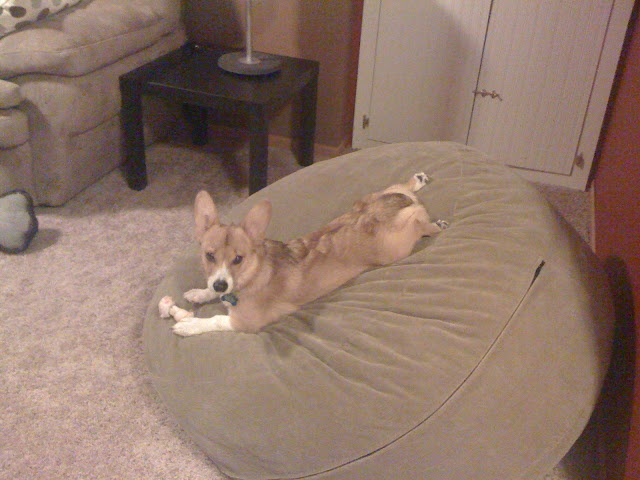 “One of his nicknames is Napoleon. You know how Napoleon Dynamite will say “god!” and throw his head to one side in an overly exaggerated/exasperated way? Dexter does that, except with huffing instead of actual words, almost like a sneeze.” 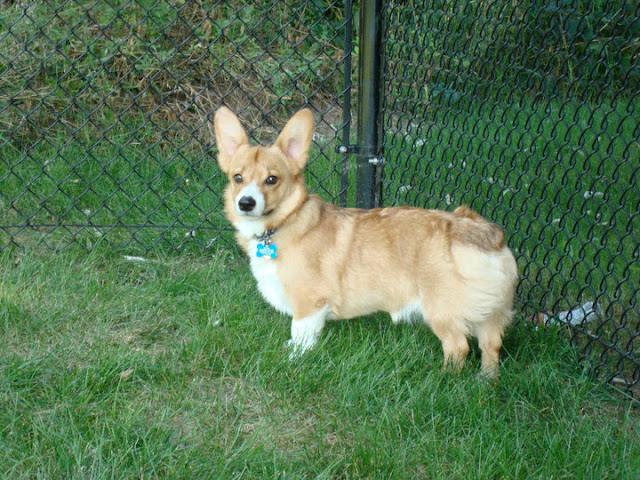 “Although he’s mouthy, Dexter’s very smart!  Right now he’s enrolled in obedience classes at our local humane society, and after only two classes the instructor thinks he may be ready to graduate to level two next week!” 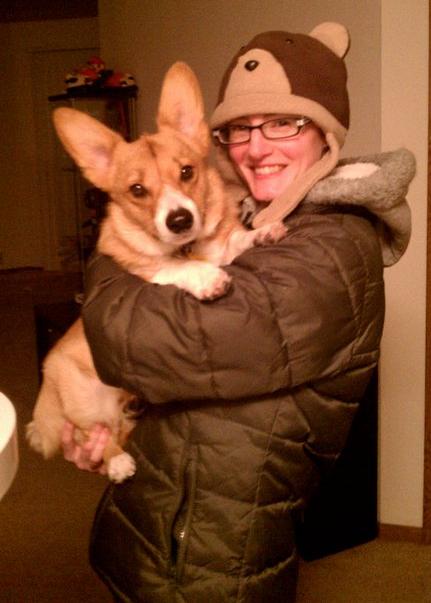 “Dexter has really changed my life. In fact, the breed as a whole has changed my life beyond words. Dexter has inspired me to start my CorgiPals blog, dedicated to giving a voice to Corgis in need. I want to help the breed that’s helped keep me sane through my ups and downs. My boyfriend and I are planning to get a second Corgi in July, a little girl we’ll name Violet.” 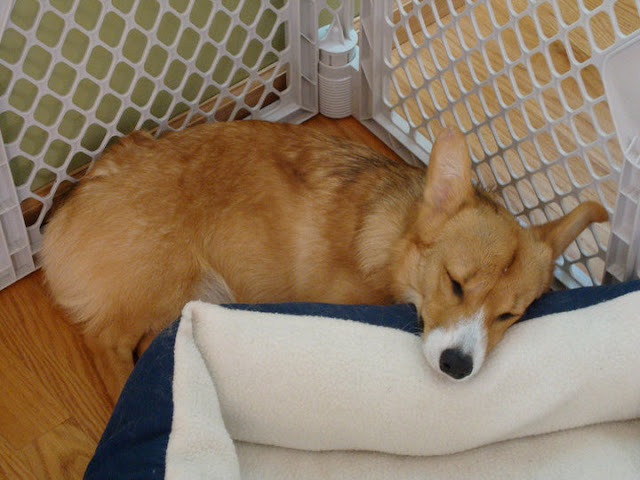 “Stay tuned to Dexter’s personal blog, Dexter Diary, for more updates!”
*  *  *  *  *
Welcome to The Daily Corgi, Dexter!
You are all kinds of AWESOME!

Ten year old Frankie stakes out his favorite spot on the couch. Flooftastic.   Jasper still looks a lot like a puppy, but he ... END_OF_DOCUMENT_TOKEN_TO_BE_REPLACED