“Jack, known to friends as “Jack Jack” came into our lives just over three years ago. Both Matt and I were fools for him from the second we saw him: dragging a baby blanket around in his “cell” at Young Williams Animal Center. Acting as if his stumpy legs were inadequate to get him onto his little cot. 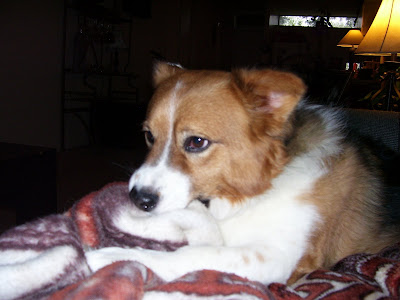 Boy, what suckers we were.
As soon as he arrived home, he hopped up on our couch and laid claim to it. Even now, that couch belongs to him. It was his haven. He was an immediate hit with our other dog, Max. From the moment they met, Max was covering his new brother in kisses, and that’s how it was for the next three years. Our dogs adored each other, and we adored them. 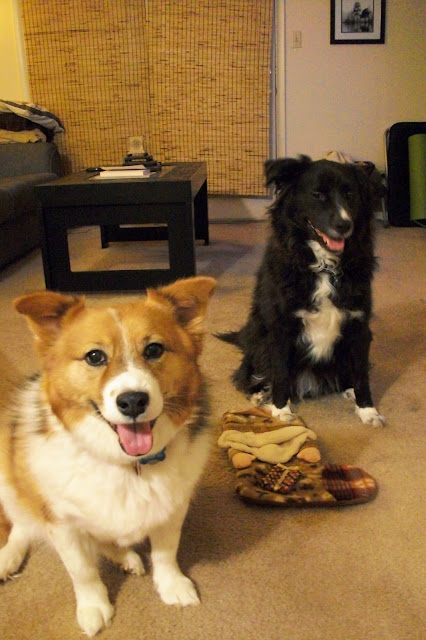 Over these years, we had the pleasure of watching Jack Jack blossom. He started his life with us as a shy dog, apparently neglected or abused by prior owners. Skittish of men. Jumpy with sudden movements and loud noises. So we gave him the best treatment we could think of and just loved him. Max helped show him the ropes in our household because Jack had no idea how to be a pet.
Eventually he grew to trust us and his personality really came out. Jack Jack was quite the ham. I can still see him flopping on his back and rolling back and forth on our bed. Shoving his nose under our arms to elicit pets — a behavior we called “rooting like a pig.” Poking his squeaky toys with his nose and being surprised when they squeaked. No matter how many times he did that, he still seemed surprised.
He loved it when Matt would stand him up on his hind legs, holding his front feet in the air so he could “raise the roof” and “let the dogs out.” Yes, Jack Jack made us crazy dog people. When either of us would come home, Jack would basically throw a parade. Before I even had a chance to get out of my car, I could hear him in the house “squeaky barking.” (Jack had two kinds of barks: squeaky, for excitement, and serious, big boy barks when he meant business). He would hop in the floor, raising only his front two paws. 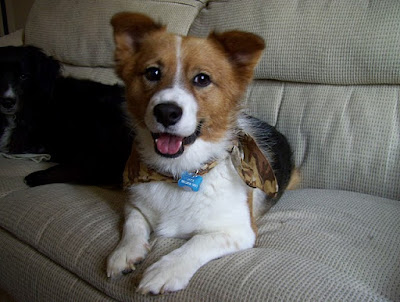 Everything about him was adorable. Especially his smile. That dog could fix anything wrong simply by smiling.
In February, Jack Jack became very ill with Autoimmune Hemolytic Anemia (AIHA). This disease is particularly cruel, as it causes the body to attack its own red blood cells, which supply oxygen to the body. He was started on an extremely high dose of prednisone to suppress his immune system. This diagnosis left us feeling deflated, as the mortality rate for this disease is significant. That first weekend, I refused to leave him. The steroids caused him to drink a lot, and in turn, he would have to go to the bathroom a lot. We got up with him two or three times a night to let him out.
It was never a problem. We easily adjusted to his new set of needs. In addition, the steroids made him really obsessed with food. We would sing a song to him “give me all your dog food, all your treats and water too” (to the tune of “Gimme All Your Lovin” by ZZ Top in case you want to sing along). We thought we were lucky: Jack’s subsequent blood tests showed his packed cell volume (PCV) — the solid part of blood — was iincreasing. He was responding to treatment and getting well. We began working with our wonderful vet to wean him off the prednisone, as he was starting to feel the side effects.
Monday night, we all went to bed as normal. Tuesday morning, it was apparent that Jack Jack was crashing again. On the car ride to the vet’s office, he continued to smile at me despite being so gravely ill. And minutes later, my beautiful, sweet, red headed boy would leave this world. He was a good boy even at the end, saving us from having to make an impossible decision.
Jack Canfield: part Corgi, part Sheltie, part Firefox, part Teddy Ruxpin. Bearer of many nicknames: Jack Jack, Captain Jack, Corginstein, Captain Jack Ruxpin, Fatty McFatterson, Peanut, Baby Bear. The drive from the vet’s office was so lonely without you, my furry co-pilot. I will always think of you this way: front paws on the console, chin on my shoulder, looking out the windshield, facing what may come together. 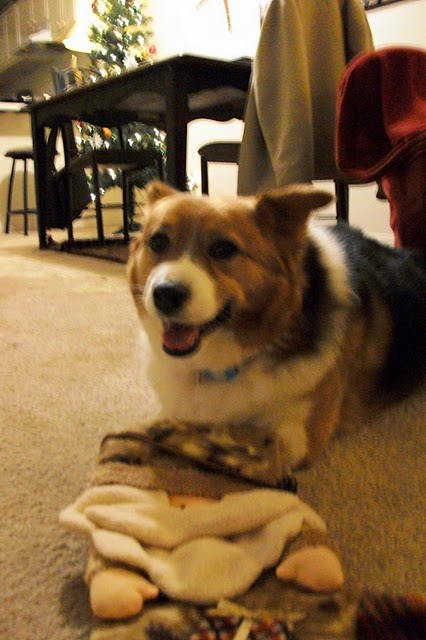 You were more than just a good dog. You were your mama’s boy. You helped to make us a family. You had many friends. You were always happy and spread happiness to all those who came in contact with you. But more than anything, you were loved.

And now you are desperately missed.”

Thank you so much for sharing Jack Jack with us, Caryn.  What a pure blessing and joy he was. His story reminds us to love our animals with our whole hearts, every day of every year …

Ten year old Frankie stakes out his favorite spot on the couch. Flooftastic.   Jasper still looks a lot like a puppy, but he ... END_OF_DOCUMENT_TOKEN_TO_BE_REPLACED