Back in 1995, Elizabeth K. and and her husband were walking the grounds of a historic Virginia home, when out of nowhere they were greeted by a pack of leg-less, smiling dogs like these:

“Not our dogs, but we sure wanted one!”
“It was the first time we’d ever laid eyes on a Corgi” writes Elizabeth. “It was also the day we made a pact to get one of our own someday. Since we had recently adopted our shelter girl, Molly, who needed to be our only dog, it would be fifteen years (and three children) until we began our Corgi search.”
“A few months before we started looking for just the right Pembroke breeder, we happened to catch a re-run of an AKC/Eukanba National Championship on Animal Planet. That’s when we discovered the tailed Corgi from Cardiganshire.”
“We were hooked.”
“We began our breeder search in January of 2010. We knew that coming by a Cardigan puppy from just the right breeder could mean a long wait. Fortunately, living in the Mid-Atlantic put us within driving distance of several, and sure enough, within a month we received news of two litters — six weeks apart.”
“One pup was red — a “fluff” — and the other a blue merle. We visited both, and guess what … ?” 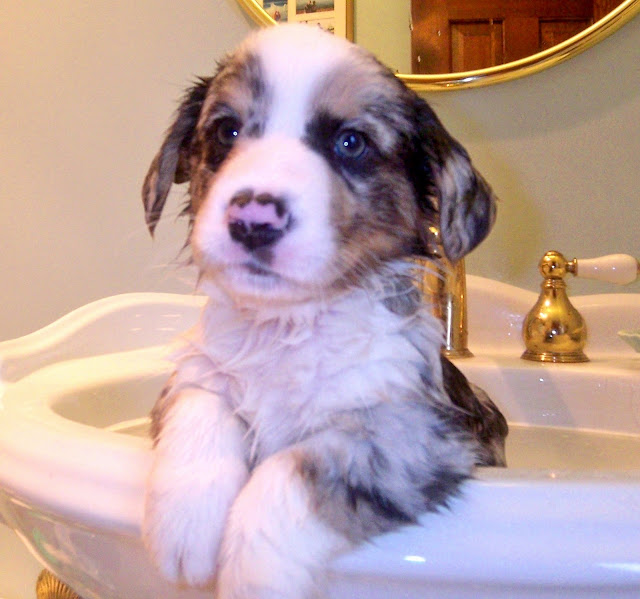 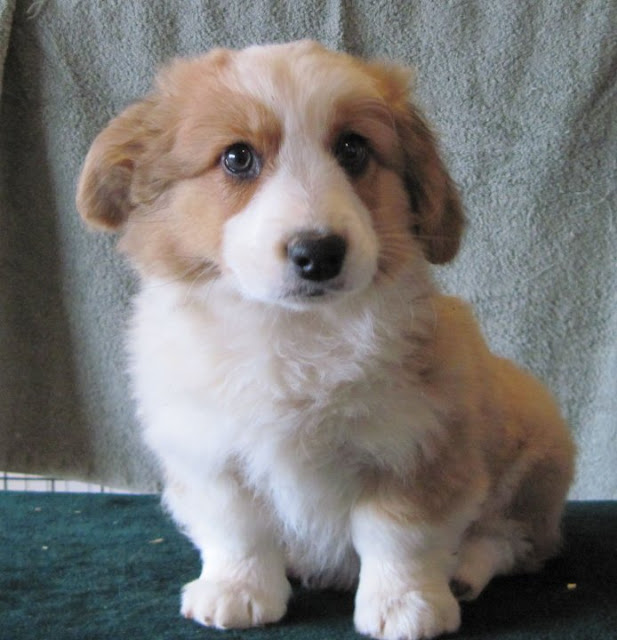 “The red we called Jon Farleigh (Old English for Jonathan “from the bull pasture”).  In this photo he’s ten weeks.” 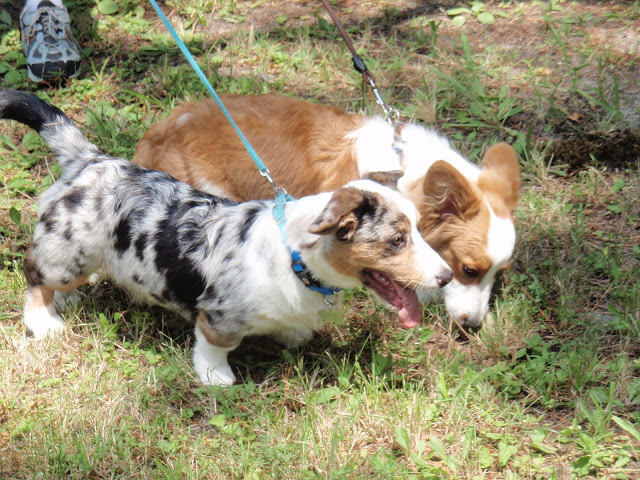 Jon and Dewi meeting for the first time! 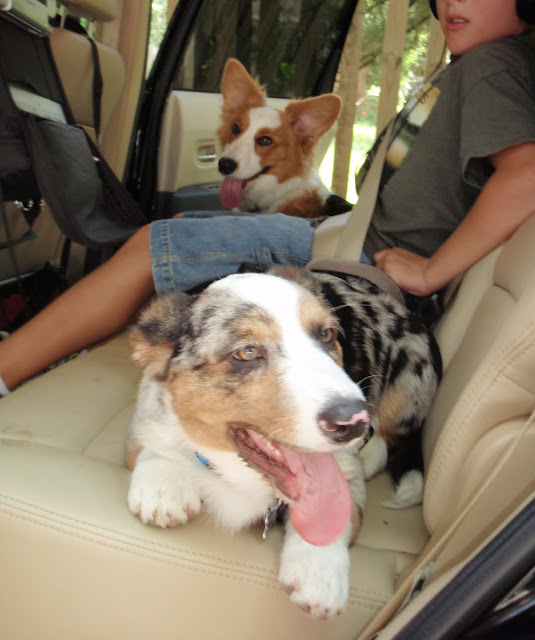 “Dewi loaded in the car for the ride home with brother Jon and his very own boy.  He also has two of his very own girls.” 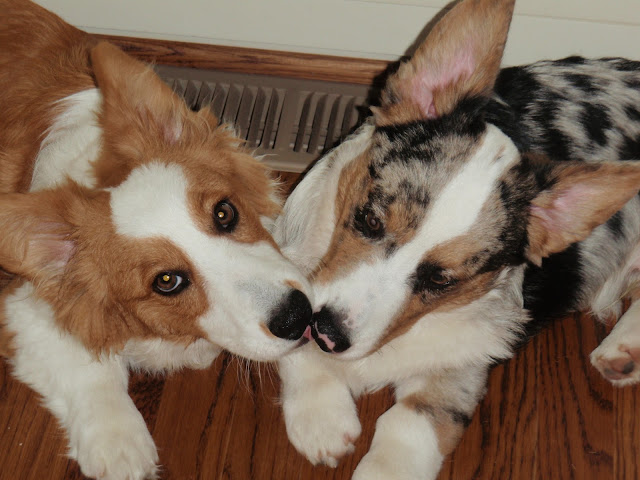 “From the time the boys met, they’ve been best friends. Sure they’ve had a spat or two (or three), but most of the time you’ll find them like this … 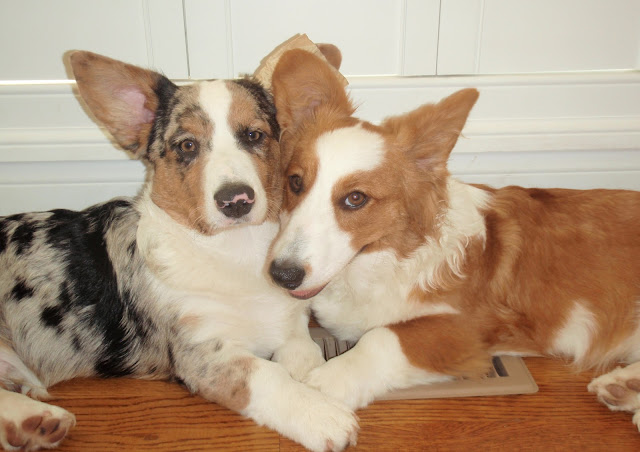 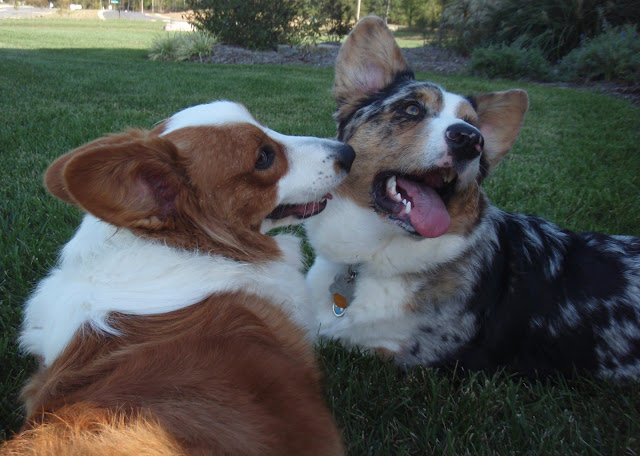 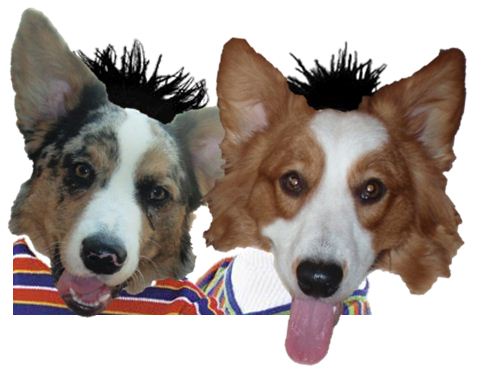 “Jon Farleigh is lovable, but serious and straight-laced. Dewi is a lovable and impulsive free-spirit.”
“Together they’re a perfect match, kind of like Bert and Ernie.” 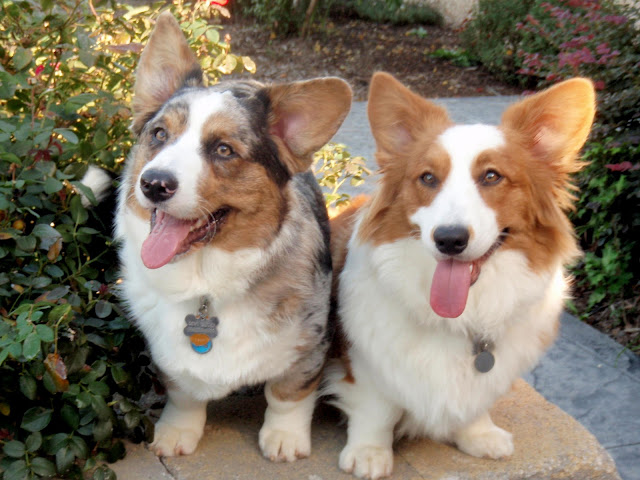 With their combination of cute and clown, the boys inspire their own blog, Chronicles of Cardigan, where they share the spotlight with their four cat friends.
“As the expression goes, there’s never a dull moment with Jon Farleigh and Dewi around. They are two incredibly special dogs who add so much joy to the lives of those they meet — especially mine.” 🙂
*  *  *  *  *
Welcome to The Daily Corgi, Jon Farleigh and Dewi!
You are a dazzling duo!

Ten year old Frankie stakes out his favorite spot on the couch. Flooftastic.   Jasper still looks a lot like a puppy, but he ... END_OF_DOCUMENT_TOKEN_TO_BE_REPLACED