Newton’s proud Mom Michelle B. shares with The Daily Corgi what life is like with her two and-a-half year old fluffy Cardigan. 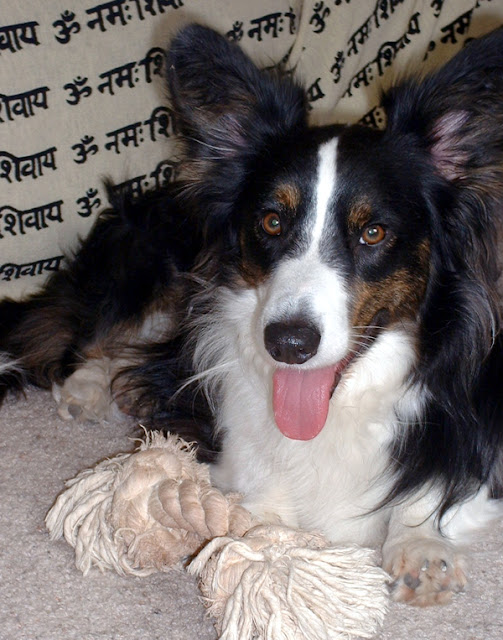 “Newton is so scary smart and clever (like all Corgis!) that he lives up to his name.  He wants so badly to please that he quickly learns new things just to be told he’s a good boy.

He always sleeps with his tongue just peeking out in full derp mode, and his favorite toys are those that require him to figure something out.  Newton really loves a mental challenge. 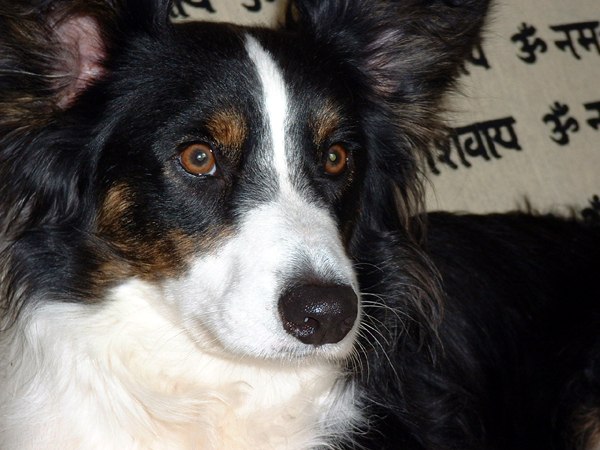 While he does have the typical Corgi attitude, when it comes to some things he is very well-behaved and laid back. The only time he really gets excited is when I’m trying to take a bath. For some reason he absolutely does NOT want me to get in the bathtub (he doesn’t mind baths himself, so I’m not sure where this comes from) and will bark at me and try to herd me away from the bath. Once I’m settled in he parks himself next to the tub and keeps a close eye on me. I suspect Newton just knows how big of a klutz I am. 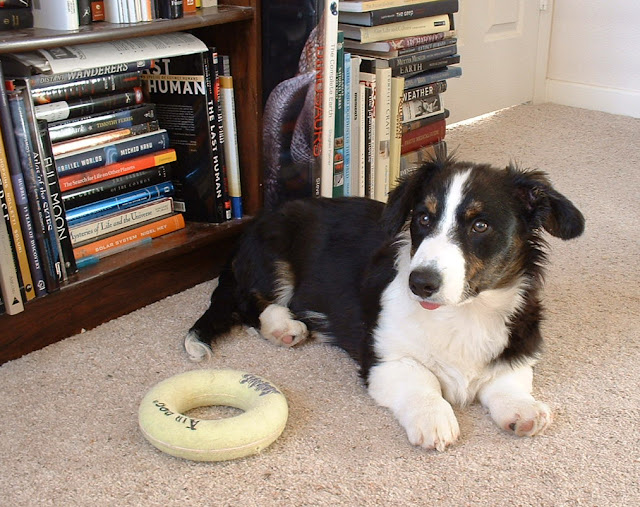 We’ve had many Corgis over the years — both Pems and Cardis (I got my first one when I was in kindergarten and I turn 50 later this month). Newton is by far the sweetest of them all.

He joined us when he was four months old and we still had Farley, our 15 year-old Cardi who by then had some serious skeletal issues. 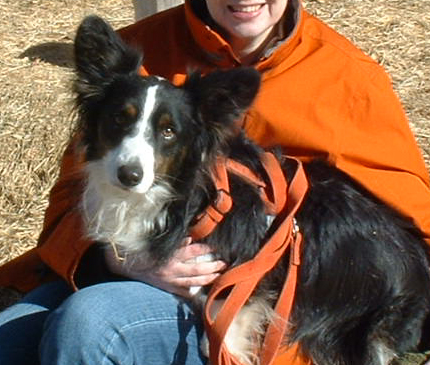 Newton learned right away that he had to be especially careful with Farley, and they became fast friends. Unfortunately we lost Farley to old age around Newton’s first birthday and he still misses his friend. On Farley’s last morning he had a grand mal seizure downstairs while I was up in my office. Newton came and got me and sat quietly next to Farley until the seizure was over. It was heartbreaking, but I’m sure Farley was comforted by Newton’s presence. 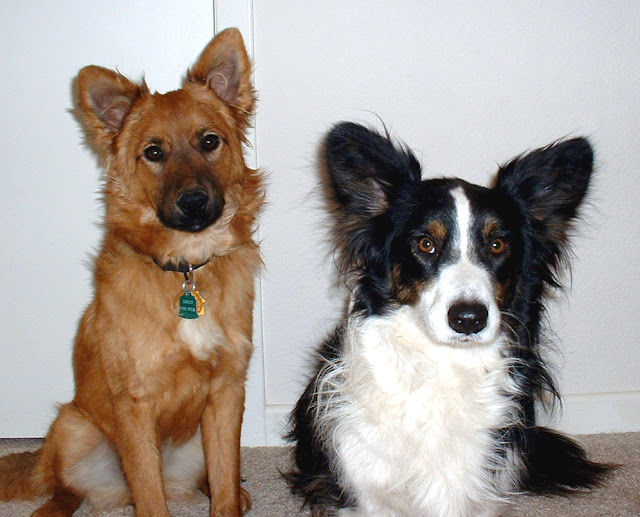 He now has a new best friend in Sienna, a Belgian Malinois mix we rescued. They’ve been pals since day one and play every chance they get. Luckily Newton is very patient and has no problems sharing his toys, since Sienna is still learning how to live with another dog.  She actually freaks out over any dog except Newton. 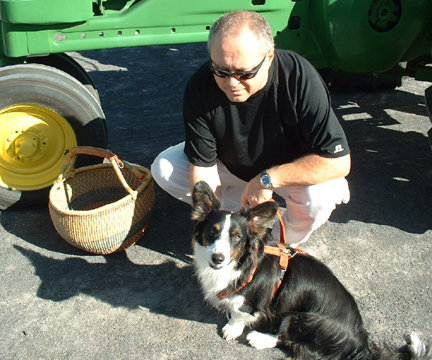 Newton is quite popular wherever we take him; I think it’s the long silky hair and his sweet disposition.  We’ve been told we should get him an agent. 🙂 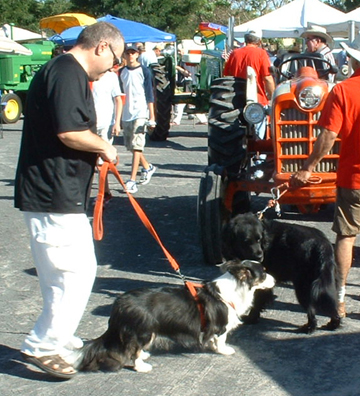 At around 45 pounds he’s really big for a Corgi (even a Cardigan), but isn’t at all fat according to the vet. Between his size and his hair, Newton is often mistaken for a Border Collie/Corgi cross, but he’s ALL Corgi. 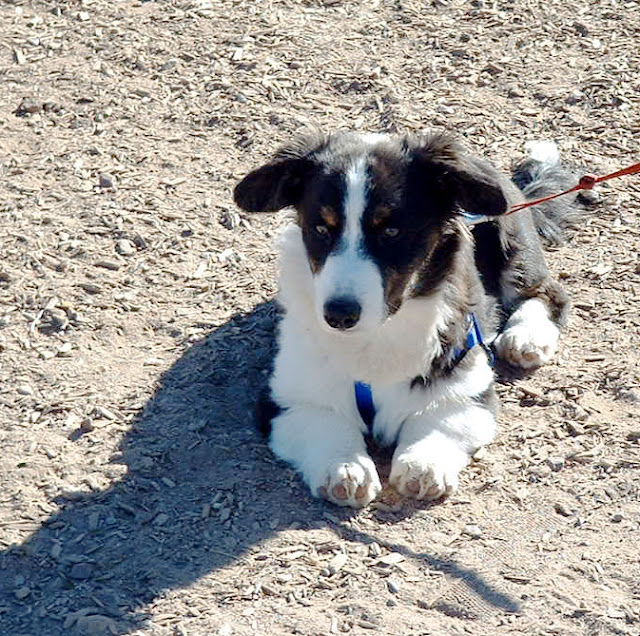 He has a bunch of toys and knows the names of most of them and most of the time will go and get the one you ask for, though sometimes he doesn’t remember where he’s left it. His favorite game is keep away, and he will frap all over the house hoping someone will join in. 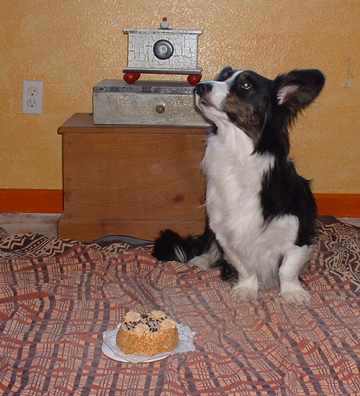 He is also constantly telling you all about everything.  Newton doesn’t bark all that much, but he has all kinds of other noises that he makes. He knows he isn’t allowed to beg and has to lay down next to the table while we’re eating, where he quietly complains the whole time. 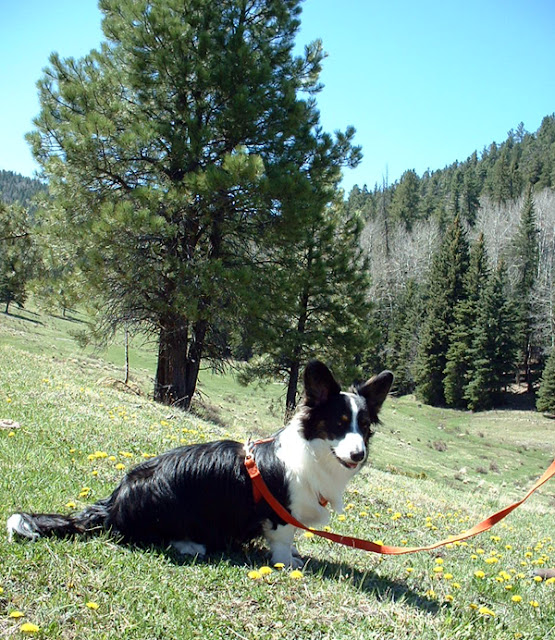 He can’t settle down at night until he does what we call his parameter check; he has to go to the fence on both sides of the house and bark to let everyone know he’s still on the job!”

Ten year old Frankie stakes out his favorite spot on the couch. Flooftastic.   Jasper still looks a lot like a puppy, but he ... END_OF_DOCUMENT_TOKEN_TO_BE_REPLACED