Brodie made his Daily Corgi debut back in October of last year, when he was still a little nipper! 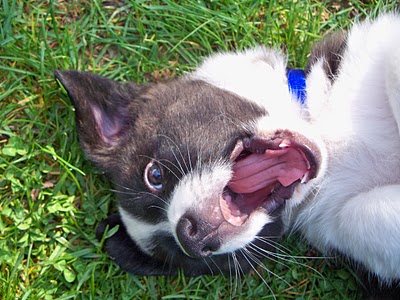 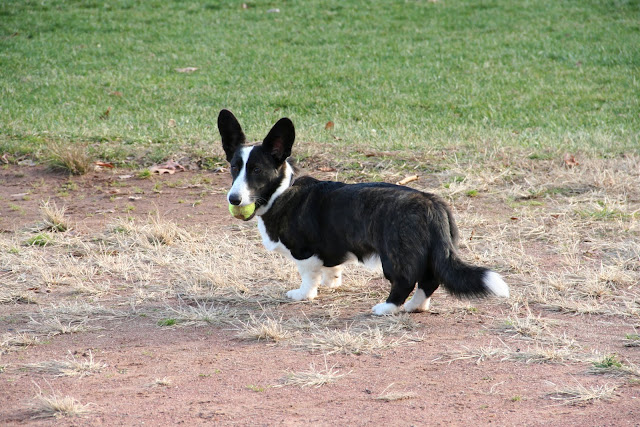 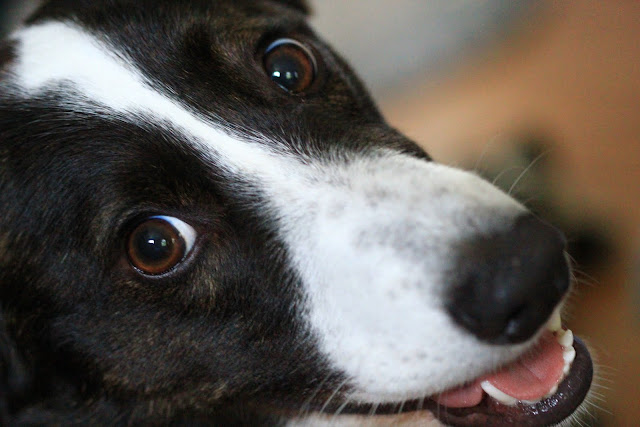 … into to 33 pounds of handsome Cardi-liciousness!
“He is very muscled” writes Laureen.  “I don’t know if you can see that in the pictures. We walk him daily for a mile to a mile and-a-half, and every time he has to stop and say hi to all his canine and human friends. He remembers every stop we’ve made and will lay down in the grass until he says his hellos!” 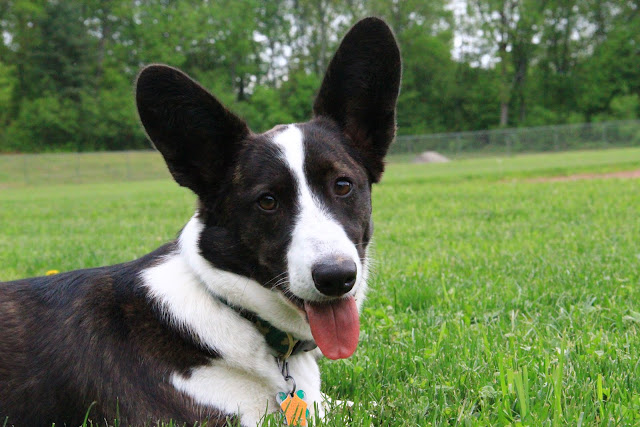 “This Summer, Brodie has learned to love the water even more than before.  On the fourth of July, we visited my niece and her seventy-pound Golden Beau.  He and Brodie are best friends who wrestled, ran and swam together in her in-ground pool.  Since then, he wants to go in my above ground pool whenever he gets the chance.  Because Brodie’s a pretty good swimmer, I let him swim from the middle to the ladder, and that’s enough for him.”
“He still goes in his little pool after every walk to cool off.” 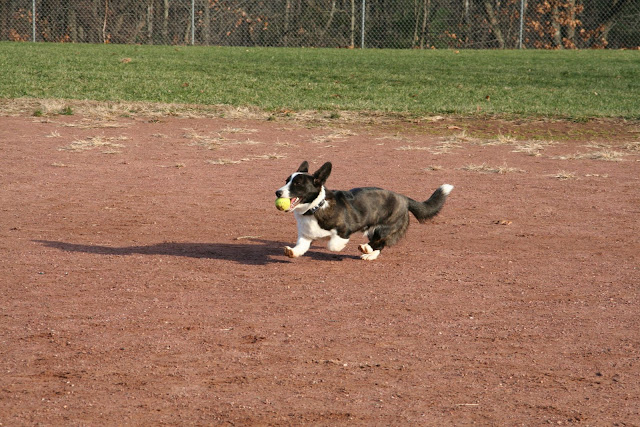 “Brodie just loves water anywhere, anyplace. My husband took him to the baseball field after a rainstorm last week, where Brodie went crazy running the field and then proceeded to head for third base before taking a graceful flying leap into the biggest mud puddle on the infield.  He just laid in it smiling his big Corgi-boy smile.”
“I’m getting a good portion of my backyard fenced in this week, so he can do his crazy Corgi frapping and running in his own yard instead of having to go to the ball field we visit.” 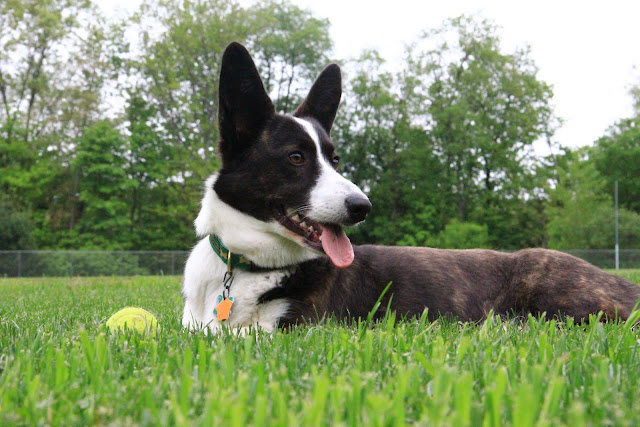 “My daughters once jokingly said “Mom why don’t you teach him to dance?” Well we took on that challenge.  I’ve taught him a new little trick — doing the cha-cha with me. He is hysterical, doing his cha-cha twice back and forth and then his “come around”, which is circling around me and sitting at my side.  Now if only I could get him to do it on command by himself, or maybe eventually with his new cousin (a Corgi puppy on the way), that would be hysterical!” 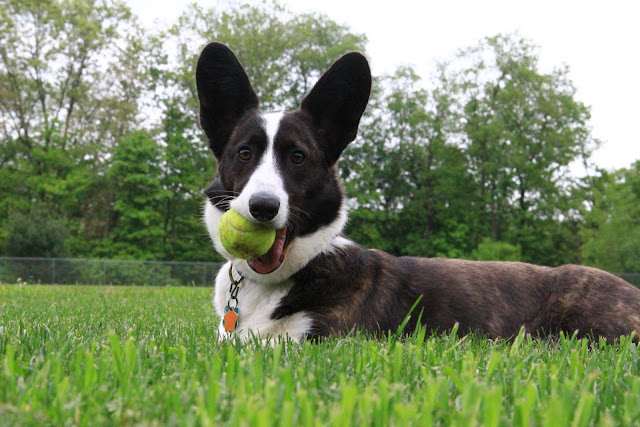 “Brodie is a never ending source of amazement, laughter and love for us. Everyday brings something new.  We are so lucky to have this beautiful, intelligent, comical boy in our lives. Can you tell I’m head over heels in love with him?”
Laureen, we couldn’t have guessed it ;-).

Ten year old Frankie stakes out his favorite spot on the couch. Flooftastic.   Jasper still looks a lot like a puppy, but he ... END_OF_DOCUMENT_TOKEN_TO_BE_REPLACED