Newton is quite the Dog About Town. 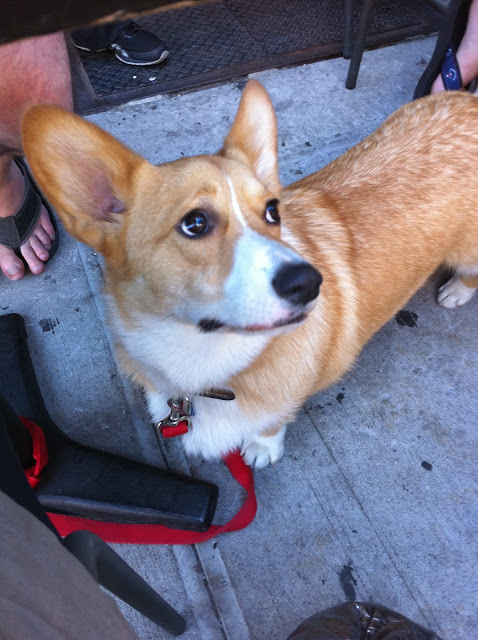 Since his very first day with Jessica and Mike, his life in Jersey City has been a charmed one. 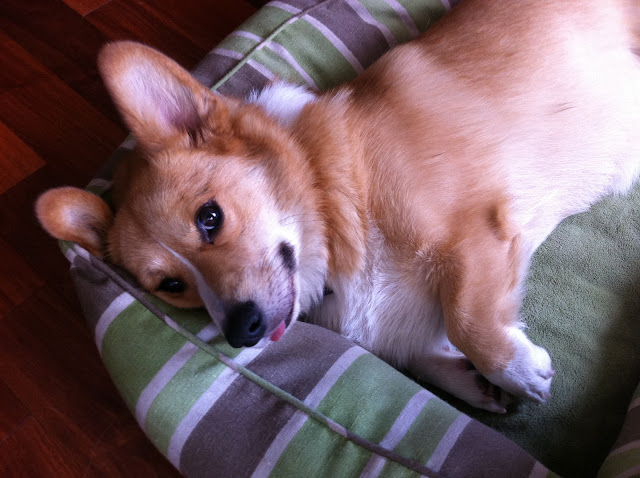 His folks knew they wanted a dog as soon as possible after they got hitched in the Spring of 2009. Jessica had always loved Corgis, and before too long they’d plucked eight week-old Newton from a farm in upstate New York. “He quickly became quite the city dog.” 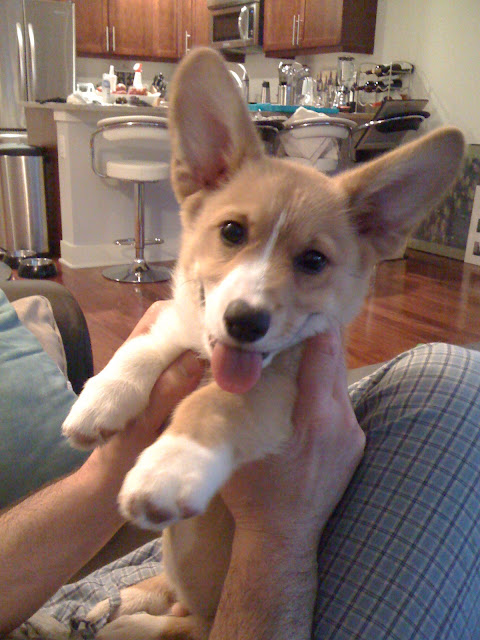 “Newton gets plenty of treats, belly rubs and attention from pretty much anyone he runs into.  He is a very energetic and happy dog; everyone says he always looks like he is smiling.”
(CORGI SMILE!)
“Every morning when I take him for a walk he loves to stop by the concierge desk to get some love, and usually proceeds to howl at anybody in the lobby.  Luckily most people think his howling is adorable and they quickly fall in love with him.  Our apartment is at the end of a very long hallway, and Newton loves to sprint up and down the hall as fast as he can when we come back from walks.”
(FRAP!) 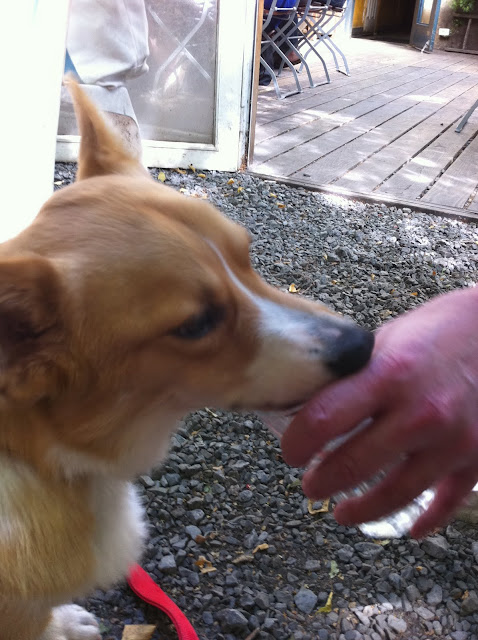 “In the Spring and Summer, Newton loves to go out to eat with us. Many of the cafes and restaurants in our town have outdoor seating and he always waits patiently for crumbs to “fall off” the table.” “Newton’s nicknames include pork chop, the regal beagle, braciole (an Italian dish made of meat stuffed with cheese and bread crumbs), and the ball-tease falcon because when he plays fetch he’ll bring the ball back and stand a few feet from you, and if you try to get the ball he backs up.”
“He quickly destroys any stuffed animal toy, so now he only gets hard toys like rubber balls and Nylon bones.” It’s exhausting being this cute. 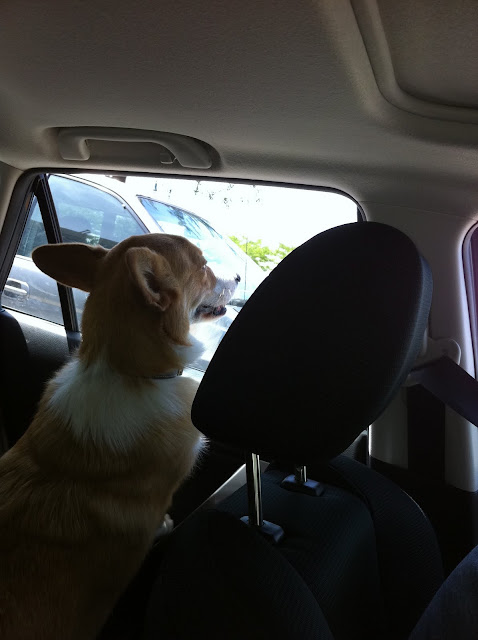 ﻿
“Newton loves car rides, peanut butter, ice cubes, snow, sleeping with us on the sofa, and being outdoors.  He’s not crazy about car alarms, baby strollers and cardboard boxes.” 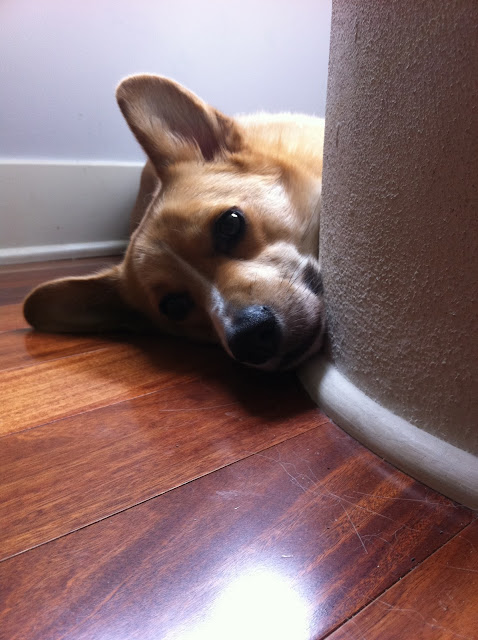 “He just celebrated his second birthday and we’ve contemplated getting him a companion, but for now he will continue to rule the household.  Newton is definitely a spoiled dog, but it’s so hard to say no to that cute face and those big ears!”
*  *  *  *  *
Newton, you’re quite the canine bon vivant!
Welcome to The Daily Corgi!

Ten year old Frankie stakes out his favorite spot on the couch. Flooftastic.   Jasper still looks a lot like a puppy, but he ... END_OF_DOCUMENT_TOKEN_TO_BE_REPLACED