Koopa says barrrooooooooooo to all his Daily Corgi friends! 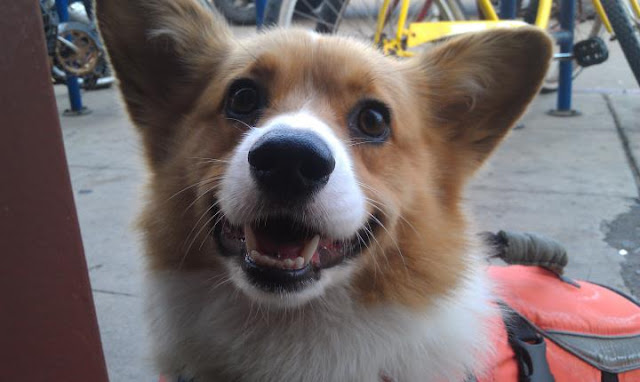 This handsome two-and-a-half year old Corgi has a long list of likes:
posing for pictures
licking toes
stealing socks
barking at birds that fly over “his” yard 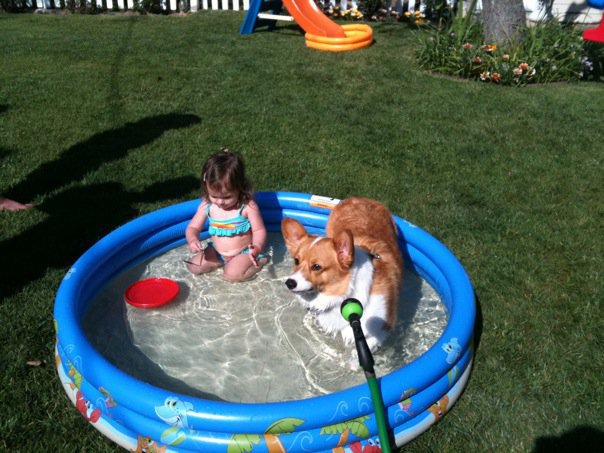 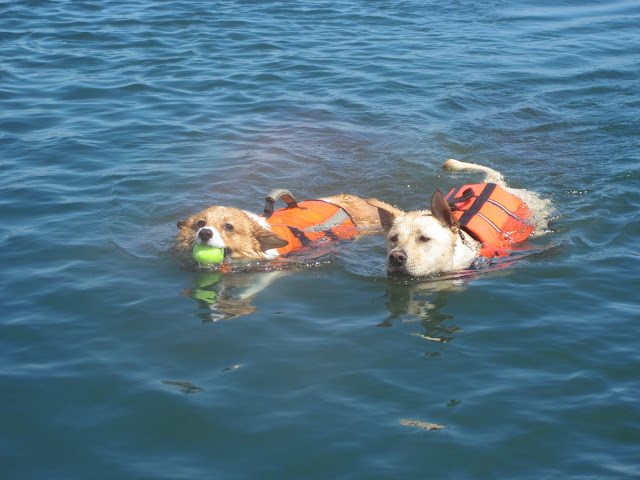 going to Del Mar dog beach and Fiesta Island to swim in the ocean
chasing after tennis balls in the waves
big dogs (he thinks he IS one)
female Lab mixes, which he seeks out at the dog park or at the beach 😉 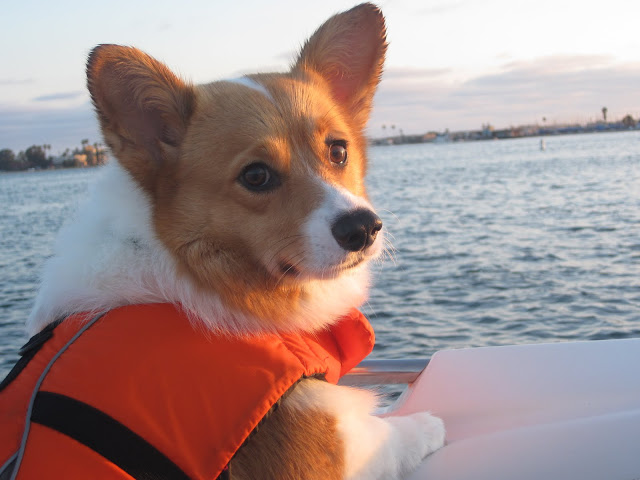 boating adventures on Mission Bay
laying on piles of laundry fresh out of the dryer
occasionally pretending to be a lap dog
his Corgi friends Burt Reynolds, Mango and Ginger (Daily Corgi alums!) 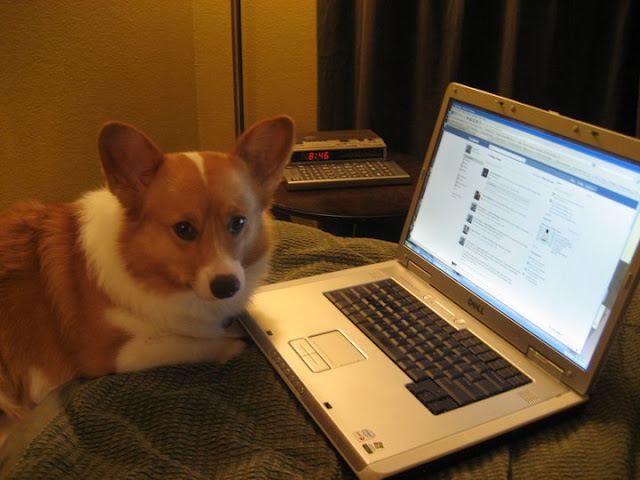 visiting his facebook page (check it out!)
giving kisses
walking around the neighborhood
meeting new people and dogs (who he greets with a friendly “baroooooo!” and a butt wag)
being a guard dog
and shredding cardboard boxes.
On his very short list of dislikes:
vacuum cleaners
the bluejays nesting in his backyard
(both of the above are sworn enemies) 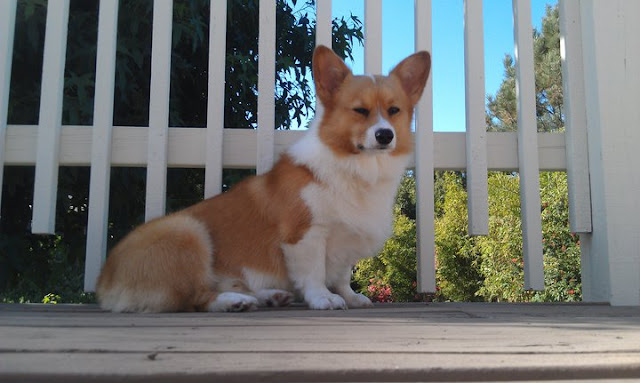 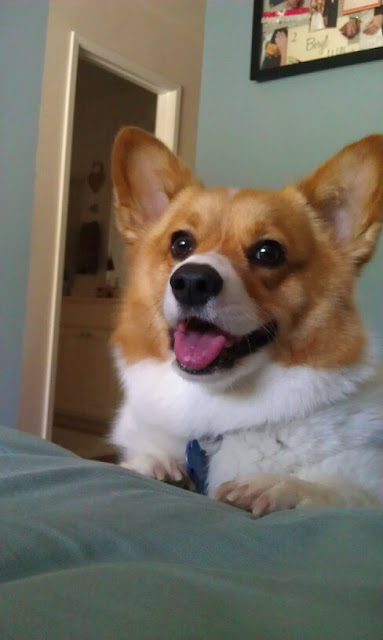 Koopa enjoys sleeping, as do his parents Jason and Lisa. “If he decides we’re sleeping in too late on the weekends” says Lisa, “he’ll walk around to the side of the bed, and next thing I know there is a Corgi snout in my face, giving me kisses to get me up and playing with him.” 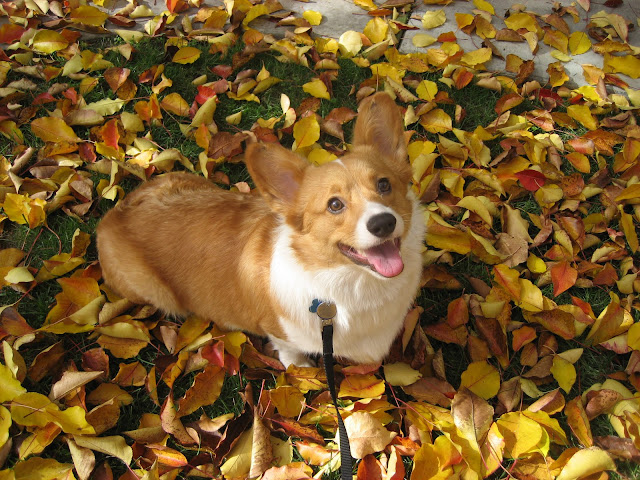 “He is an energetic, playful little boy with a lot of personality!”
“Koopa is a lot taller and longer than the breed standard. People often ask us if he is a fluffy. He’s not a fluffy — he’s 35 pounds of Corgi love and energy!” 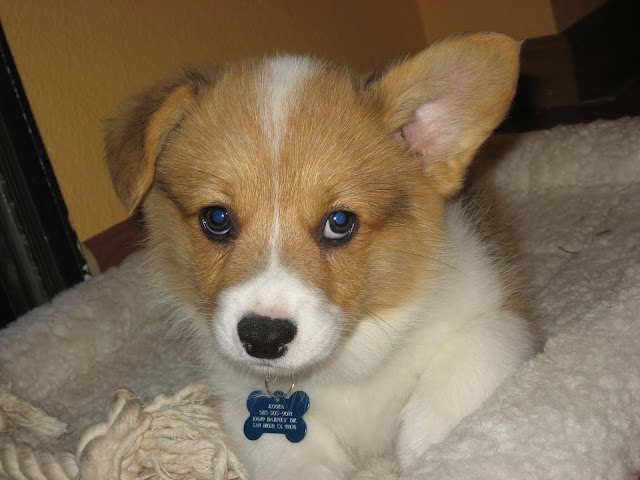 “We got him on St. Patrick’s Day in 2009 from a breeder in Southern California.” 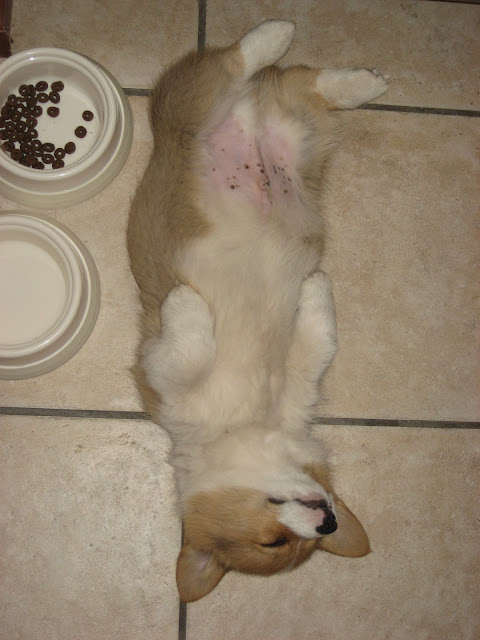 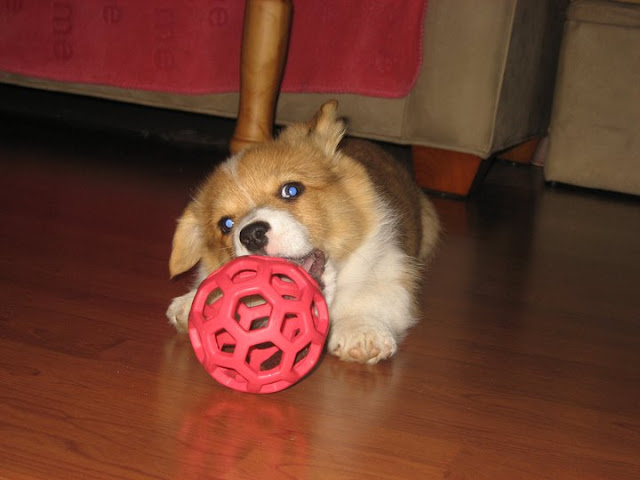 … my husband is quite the video game enthusiast.” 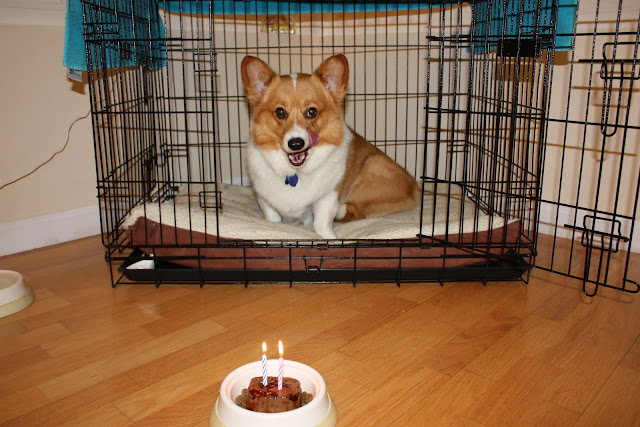 “We recently traveled back to the East Coast, so Koopa got to go on retreat to my parents’ house here in California.  He spends enough time there that their phone number listed on his collar.” 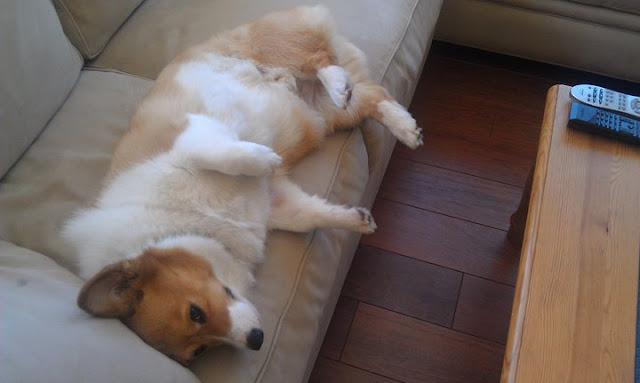 “My parents’ yellow Lab passed away last year, and they haven’t been quite ready yet to get a new dog, so having their “grandpuppy” visit frequently is a good solution.  We love that we don’t have to board him when we travel.” 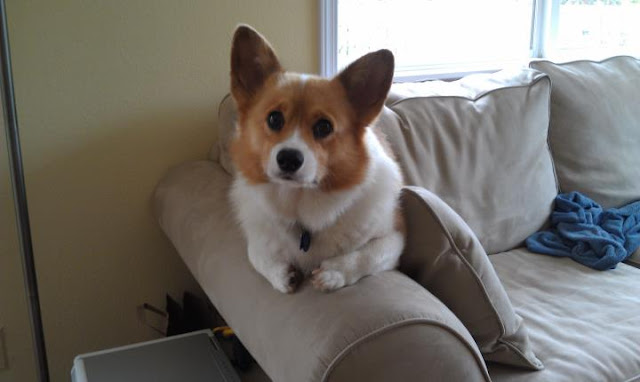 Besides, who wouldn’t want this character as a houseguest?
*  *  *  *  *
Welcome to The Daily Corgi, Koopa!
You can put your Corgi snout in my face any ol’ time!

Ten year old Frankie stakes out his favorite spot on the couch. Flooftastic.   Jasper still looks a lot like a puppy, but he ... END_OF_DOCUMENT_TOKEN_TO_BE_REPLACED