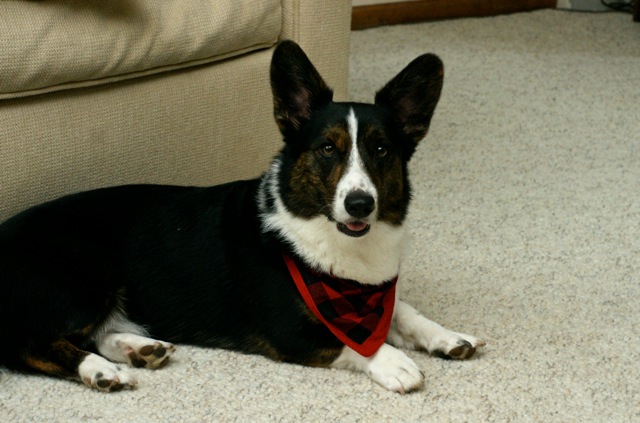 Not only does he supervise three Golden Retrievers, two adults and three kids, he also wears his Sheriff of Squirreltown hat, monitoring the property for any and all varmints, including squirrels, chipmunks, and neighboring dogs or cats. Somebody has to do it.  After all, those squirrels won’t tree themselves, and that chipmunk won’t herd himself into the drain pipe. Those lazy Goldens just sleep and lie around all day. 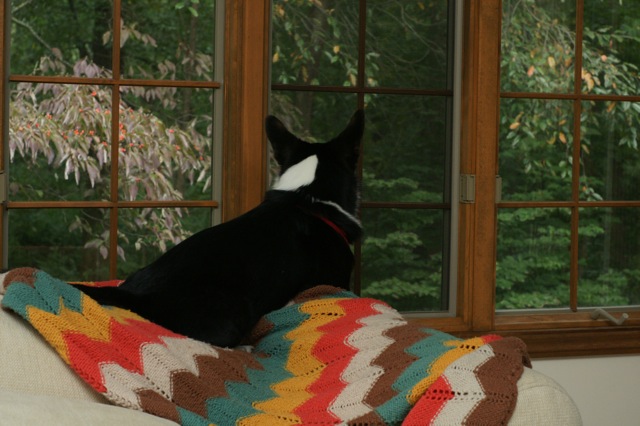 Mr. Hobbes has a throne near a window in every room, so he can monitor the street and yard.  You’d better believe his Big Dog Bark means business. 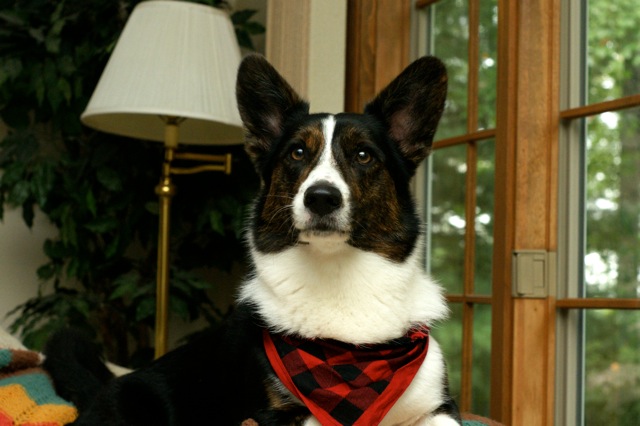 Second shift duties kick into high gear when the kids get home from school. 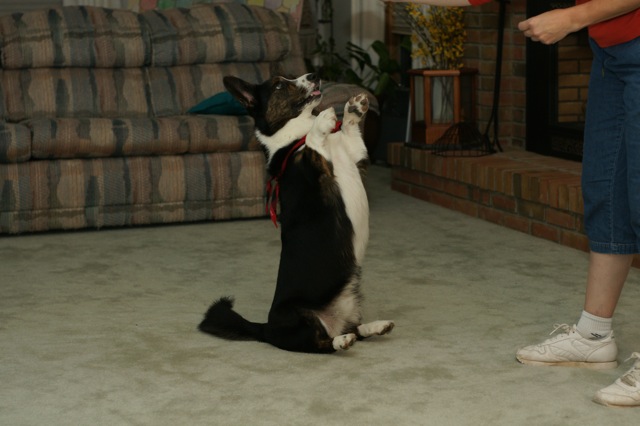 Hobbes makes sure everyone is accounted for and stays on alert for any stray snacks or treats that might happen to come his way. 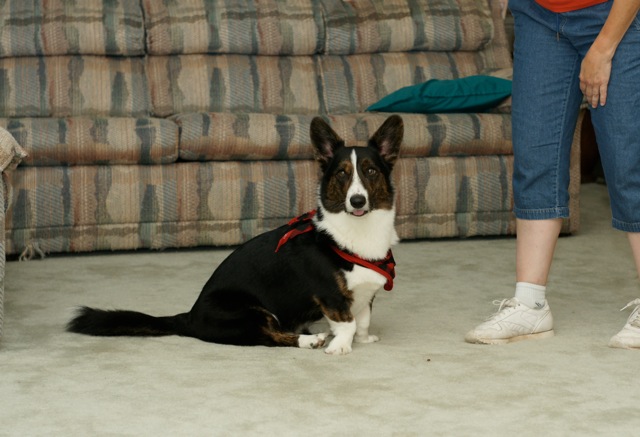 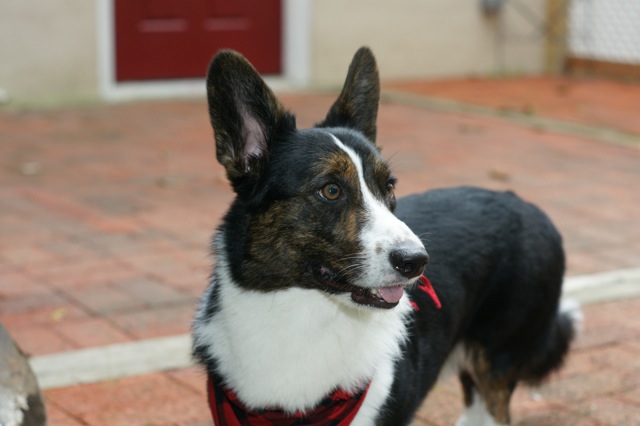 Although he’s serious about his obligations, Mr. Hobbes enjoys playing with the Goldens, who he clearly regards as smaller dogs.  In the midst of horsing around he’ll start running around the house full speed, which his family affectionately calls “puppy crazies”.
(FRAPPING!)
Even the Goldens just stand back and watch in disbelief as he tears around the house. 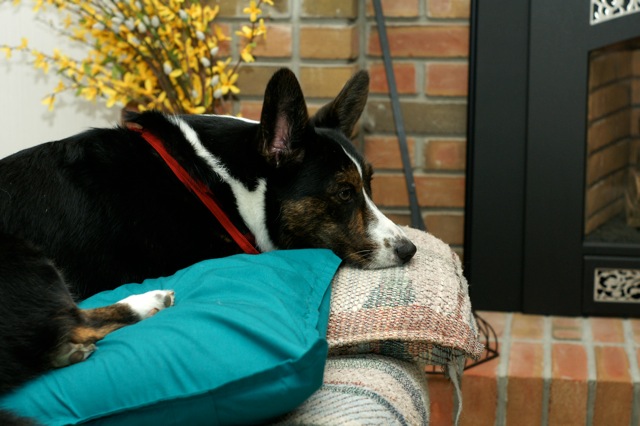 When nighttime rolls around, Mr. Hobbes bounds up on the master bed, gives kisses, then shamelessly rolls over to have his belly rubbed.  If any of those Goldens try to hone in on his bonding time, he lets them know with a nip and bark that this is NOT okay. 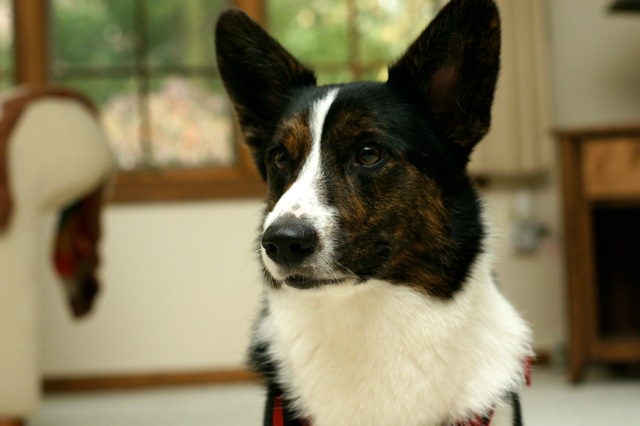 Everybody in Mr. Hobbes’ family absolutely adores him. 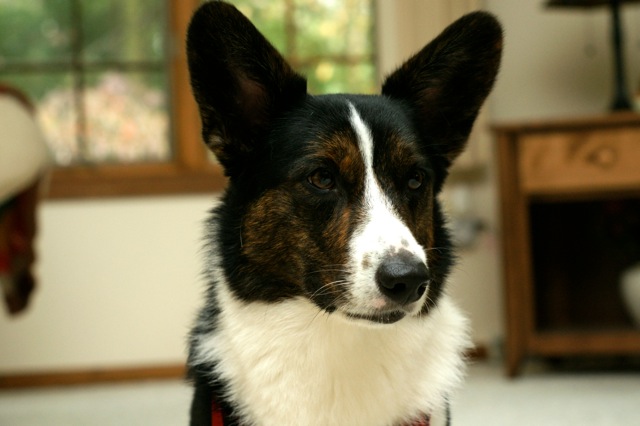 “We’ve never had a dog with such an entertaining, quirky and bright personality. He misses nothing, he’s good-natured, and he is clearly top dog!”
*  *  *  *  *
Oh Mr. Hobbes, you are Corgi through and through!
Welcome to The Daily Corgi!

Ten year old Frankie stakes out his favorite spot on the couch. Flooftastic.   Jasper still looks a lot like a puppy, but he ... END_OF_DOCUMENT_TOKEN_TO_BE_REPLACED