After eleven years with Jeanne B. and her family, everybody in the neighborhood knows Mr. Bentley. 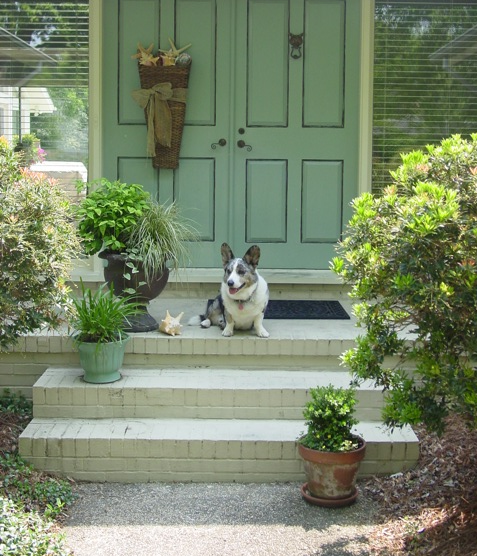 “He can hear the postal service, UPS and FedEx trucks from inside the house, and will bark at the door until he’s let out to greet the drivers!  They all know Mr. Bentley on a first name basis and stop on their rounds to throw him a treat.”
“Our Cardi is so popular that the neighbors argue over who gets to watch him when we’re out of town.” 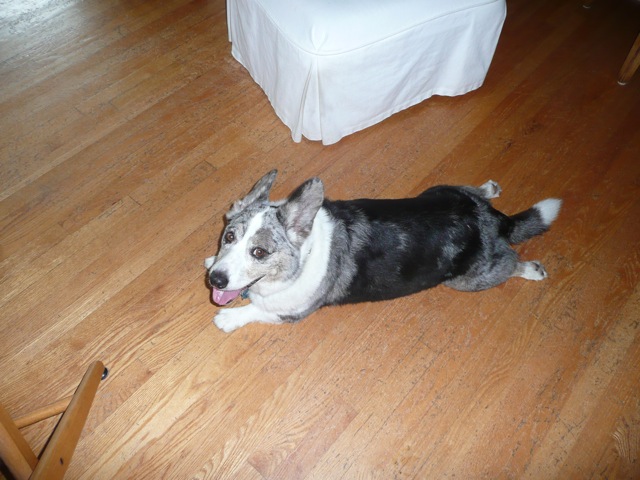 “Mr. Bentley came to us as a puppy, after we’d lost our German Shepherd Lanie to cancer.  She’d been a wonderful pet who lived to please and protect us.”
“Afterwards, a friend suggested we look at a Cardigan Welsh Corgi, noting they had big dog brains in small dog bodies.”
“I’d never heard of the breed, but when I started reading about them, I liked everything I learned.  As it turned out, the friends of a relative’s next door neighbor had a litter of five Cardi pups.  When we met the dogs, the only male ran straight into my six year-old son’s lap.” 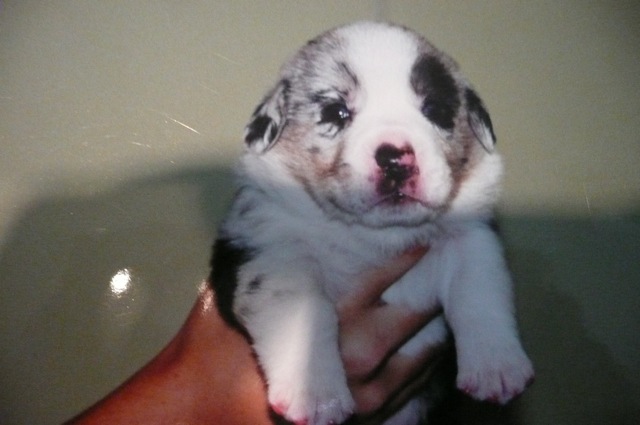 “A few weeks later, that blue merle male — AKC titled Sir Bentley Boy Wonder — joined us for a two hour drive home to Virginia Beach.  My son concluded he was a bore, because Mr. Bentley snoozed away the entire trip.” 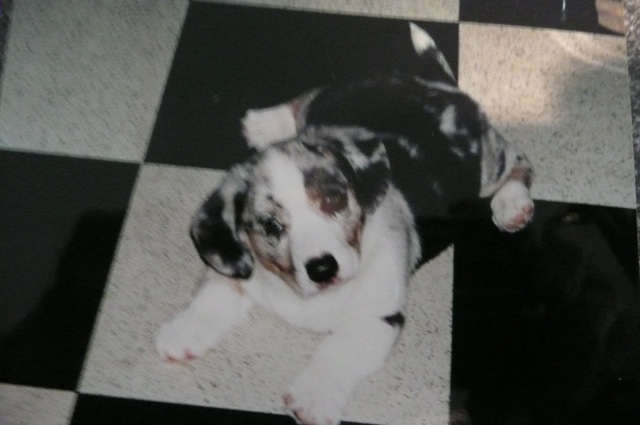 “Although we had no plans to show him, the breeder contacted us after a few months to see if Mr. Bentley was showable.  Lo and behold, he was championed by the time he was 18 months old!”
“The only thing he’s ever ruined were my mother-in-law’s shoes, because she didn’t care for him and he knew it.” 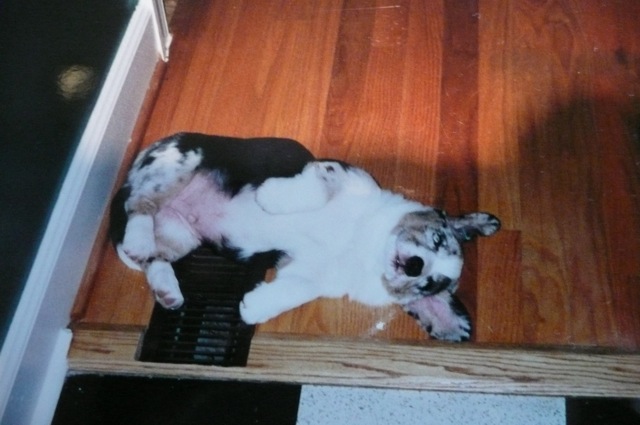 “I know nothing … I was sleeping the entire time.” 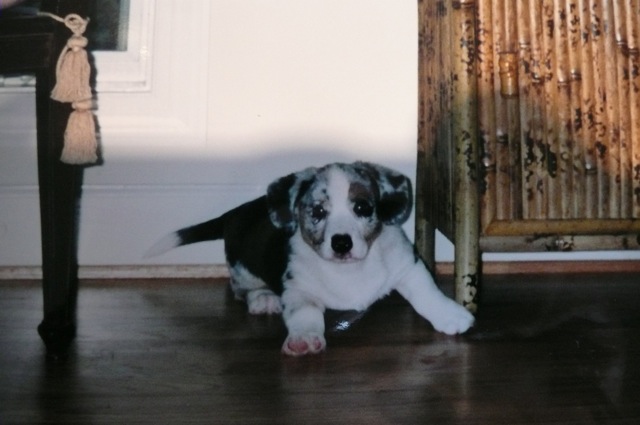 “I’d been told his personality would keep us laughing, and it has!  He’s a very funny character who demands to be included in all family festivities.  When guests come to visit, Mr. Bentley will bark until they acknowledge him.”
“He needs to sniff and inspect any package or present that comes into the house … 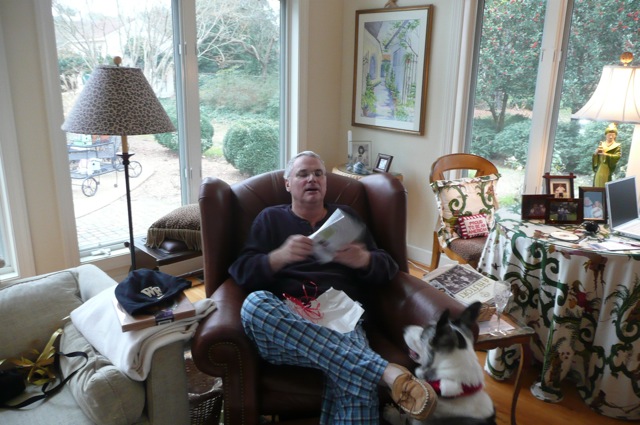 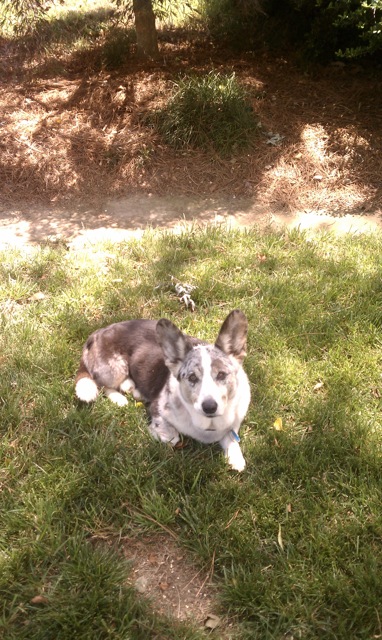 “I have always spoken to Mr. Bentley as if he were a human and I swear he understands me.”
“He’s a creature of habit who goes to bed every night at 9:00.  After sleeping for eight to ten hours, his day begins.  At 11:50 prompt, he comes in the house for a treat, and at 3:15 pm he starts asking for dinner.  He loves his fruits, vegetables and chicken, and has been known to steal tomatoes out of the garden in Summer!” 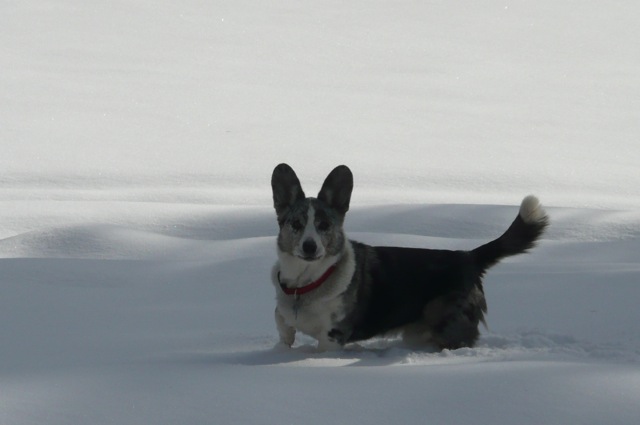 “His hatred of our swimming pool has always been a problem.  When any of us are in it, he runs around it until his paws are raw and barks himelf voiceless.  He’s now kept in the house when we use the pool.” 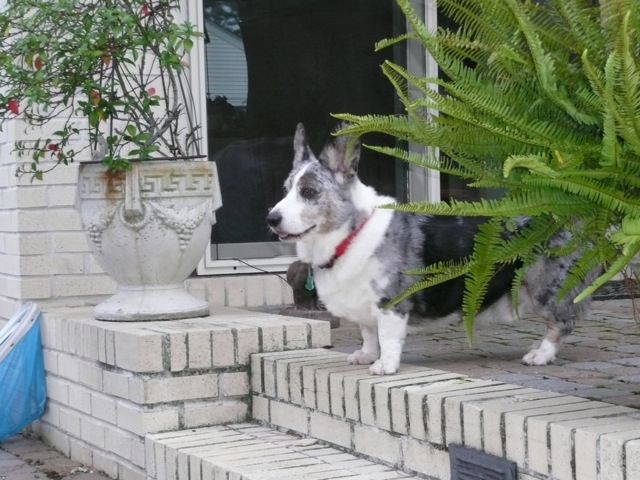 “Mr. Bentley isn’t exactly a watchdog. When I walk past him in the middle of the night, he’s on his back with those short legs straight up in the air … snoring.”
“As you can tell, I’m in love with our stubborn “Lives for us to please him” little man!”

You are the king of your house — a truly handsome one, too!

Ten year old Frankie stakes out his favorite spot on the couch. Flooftastic.   Jasper still looks a lot like a puppy, but he ... END_OF_DOCUMENT_TOKEN_TO_BE_REPLACED