Kayla C. wanted a Corgi for years and years, as long as she could remember. “My family always had dogs, usually big dogs, mostly mutts and rescues” she writes.  “I was going to get a Pembroke before I moved to Memphis for college, where I ended up with a roommate who was allergic to everything.  In retrospect, it’s probably a good thing I couldn’t get a pet until I’d finished with my degree.” 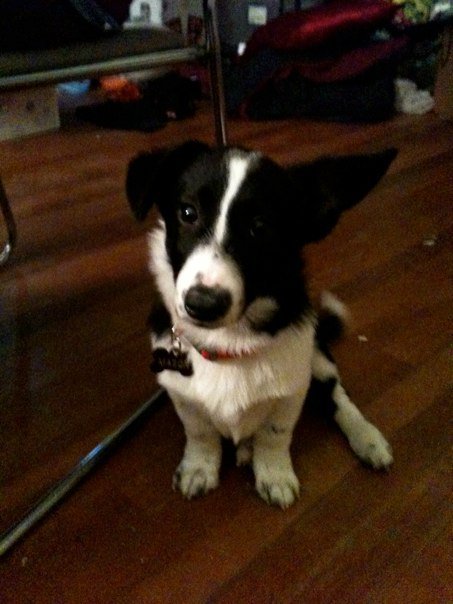 “As graduation approached, I began looking for a Pembroke to rescue. Weeks of searching led me to a small shelter in Ripley where Mason, his brother and sister were in an overcrowded kennel being bullied by bigger Lab puppies. Mason was a Cardigan, which I had only just learned was the other type of Corgi, and the photo of him dejected in the corner of his kennel, ears flopping sideways, got to me. I knew I had to go and get him.”
“When I arrived at the shelter,  Mason and his siblings were hot messes;  clearly sick and not socialized. I first picked up his brother, who peed on me.  Mason crawled all around and weakly wagged his tail.  I picked him.  My friends picked up his sister, and later my friend’s mother got his brother.” 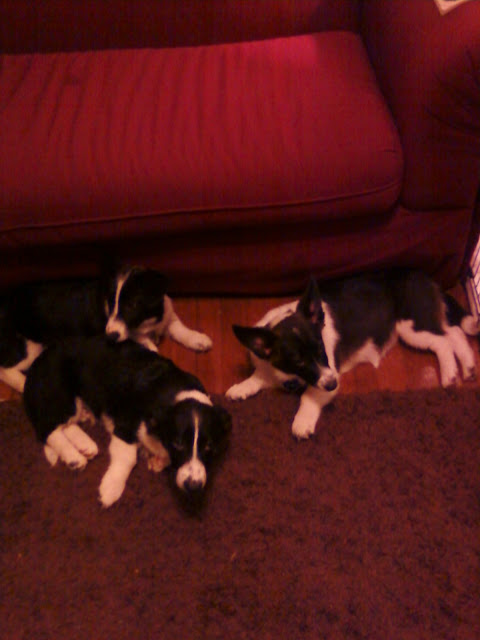 Left to right:  Mason and siblings Mason, Bingley and Darcy, after they were busted out of the shelter.
“Mason had hookworms, kennel cough, a severe flea infestation, no vaccinations and more than fifty ticks on his body.  A hefty vet bill and two weeks of pills remedied all that, and his wild side soon emerged.” 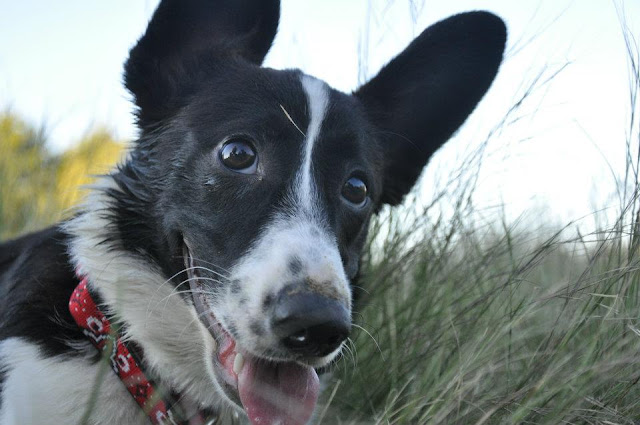 “My boy has the biggest personality of any dog I’ve ever known.  He’s a constant source of entertainment.” 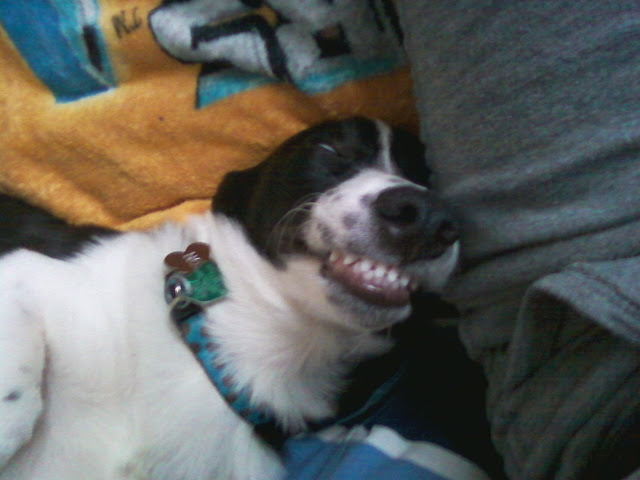 “He’s smart, but the biggest doofus I’ve ever known.” 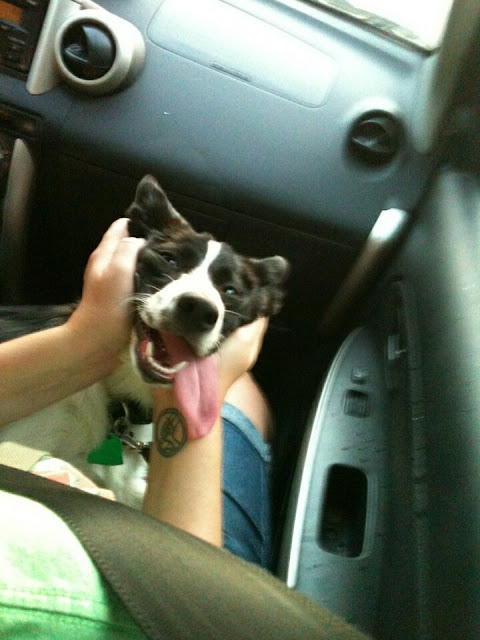 “I can tell Mason loves me and my boyfriend completely.  He has absolutely no grasp of the concept of “personal space.” 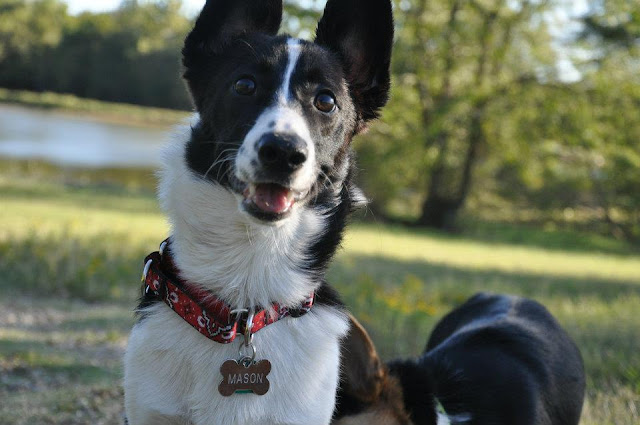 “His addiction to fetch is extreme.” 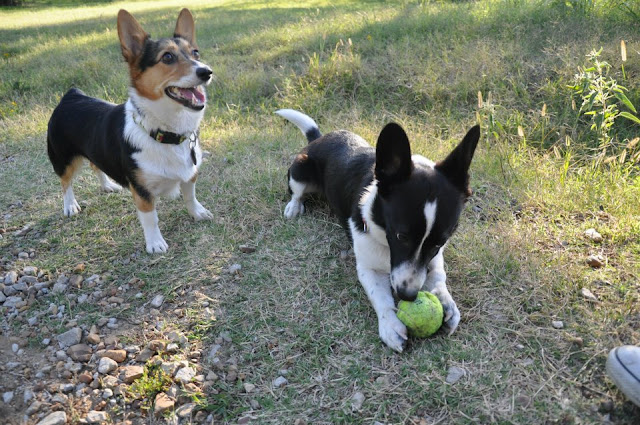 “After I got Mason, I took in Olive, a foster from Middle Tennessee Corgi Rescue.  Olive is the first and only dog I’ve met who doesn’t want to smack Mason in the face (the one exception being his own sister).” 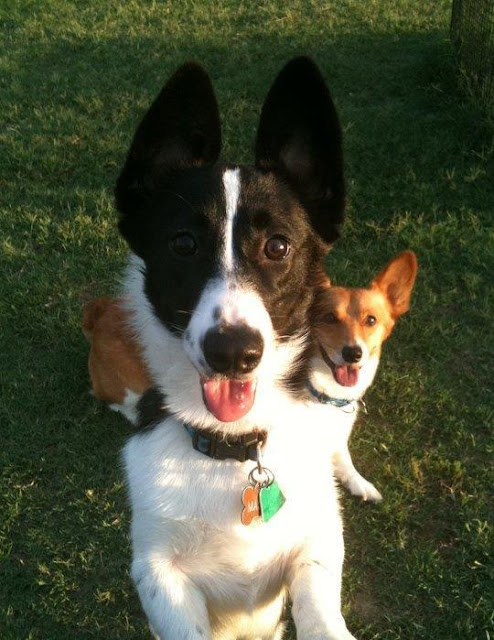 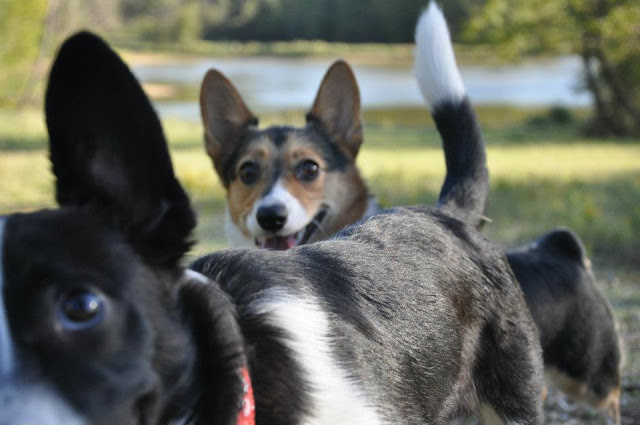 “Although she’s the grumpiest dog I’ve ever met, Olive never turns Mason down for a play session. Since he’s always on the move, this is a blessing.”
(Ed. note:  Olive will have her own post too!) 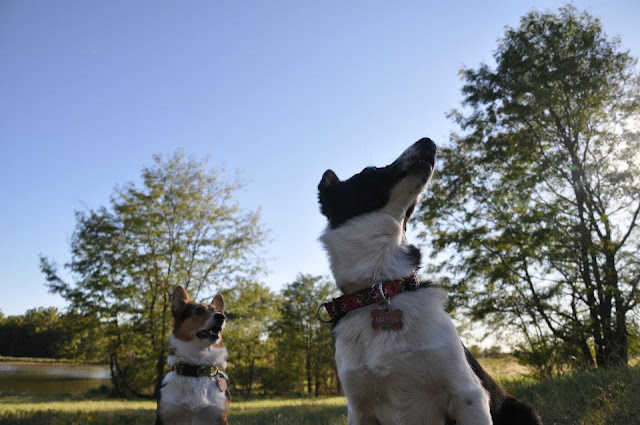 “I wouldn’t trade them for the world, and I’m hoping to add a black-headed tri-color to the pack once I get a bigger place to live. You can’t have just one Corgi … or two … or three!”
*  *  *  *  *
Mason, you rock the Corgi socks!
Welcome to The Daily Corgi!

Ten year old Frankie stakes out his favorite spot on the couch. Flooftastic.   Jasper still looks a lot like a puppy, but he ... END_OF_DOCUMENT_TOKEN_TO_BE_REPLACED