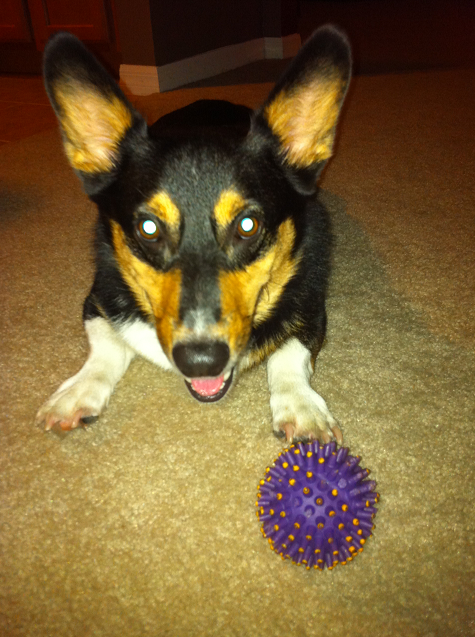 When his folks were ready to buy a house, Vader’s first priority was the yard.  They looked for months until they found a yard big enough for him. 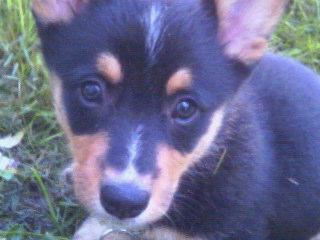 This handsome guy joined the family as an anniversary gift.  Although he started off as “Mom’s dog”, Vader wasted no time making it clear that Dad’s heart was fair game too. 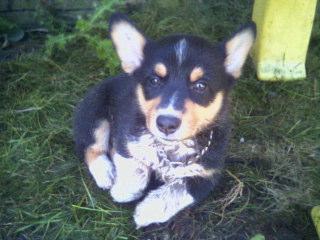 “We took opposite days off to be home with him as much as possible” writes Mom Betsie M. “When he was housebroken and we weren’t home, we’d baby gate Vader in our kitchen.  After he ate through the drywall, then the baseboards, we decided to crate him for his own own health and safety. We called the crate his bed and he liked it!” 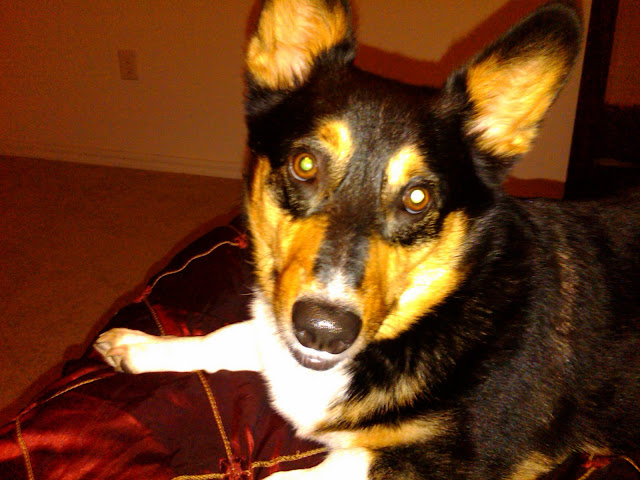 “When we moved from Michigan to Florida, I stayed behind with Vader while my husband went ahead to get things situated.  With just the two of us in the house, we grew closer and Vader began to sleep in my bed.  During the separation, he and my husband grew homesick for one another.”
“Vader was so happy to see him again that he slept in the middle council of the car all the way down to Florida, resting against his Daddy’s leg!” 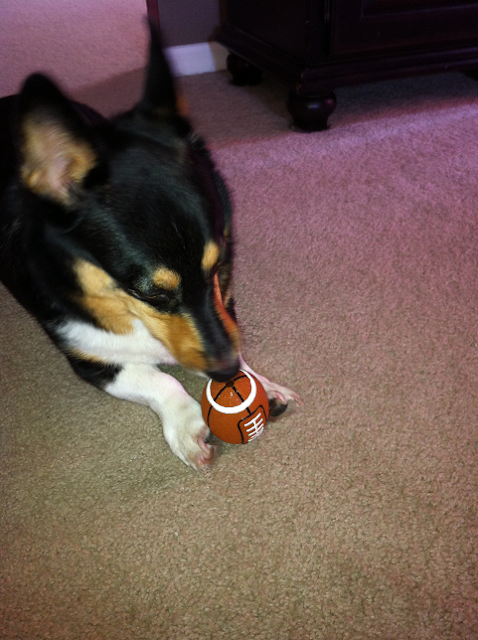 “Our first place in Florida was an apartment.  Although we took Vader out for walks every few hours, he still chewed things to pieces.  He took to barking more, then started to get upset about bikes, golf carts, and other motorized things. We signed Vader up for obedience, which was was great for both Vader and my husband because he learned how to train our dog.  Vader mastered lots of new tricks.” 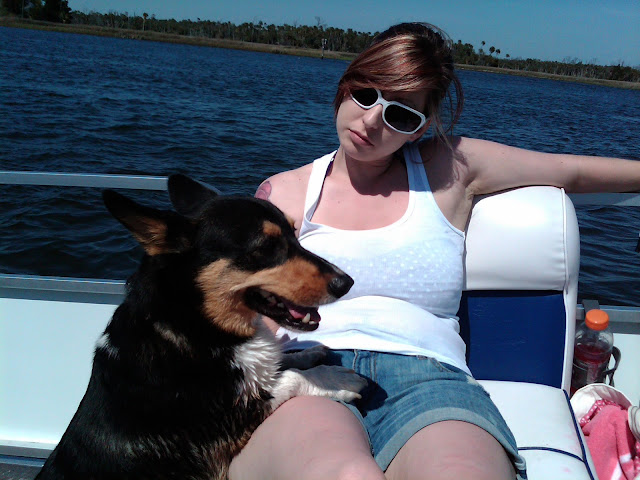 “When we moved to a house on the lake, Vader absolutely loved his new home!   He’s a real Florida Corgi.”
“The birds are a constant source of fascination for him:  he watches them out of windows and enjoys chasing them off the dock.  He’ll go running as fast as he can down the hill, barking all the while at the birds.  A time or two he couldn’t stop himself and went sliding right off the dock into the water!” 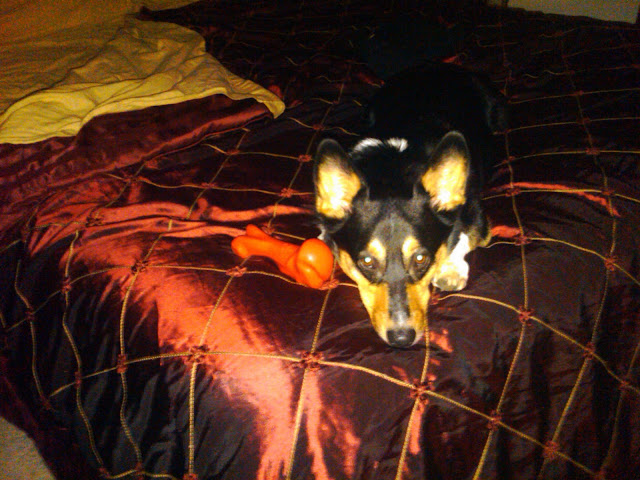 “Vader herds us to the door when he wants to go out.  He chases the cats around — even right out of the room.  He enjoys his long walks and is rarely without a toy, always ready for playtime.” 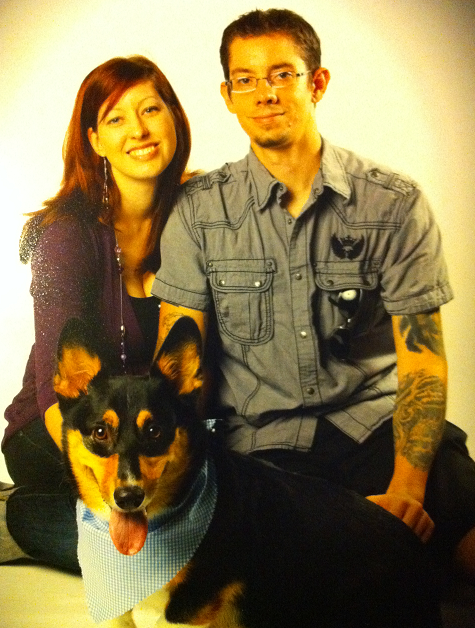 “Because he has just as much personality as a child, with Vader we feel like a family and can’t imagine life without him.”
*  *  *  *  *
Welcome to The Daily Corgi, Vader!
You are all kinds of terrific, you are!

Ten year old Frankie stakes out his favorite spot on the couch. Flooftastic.   Jasper still looks a lot like a puppy, but he ... END_OF_DOCUMENT_TOKEN_TO_BE_REPLACED