Marci B. can remember exactly where she was when she got a phone call from a certain blogger (ahem) about a Corgi mix scheduled to be euthanized if wasn’t pulled from a shelter in North Carolina.
“Laurie had heard about the dog from Anitra Francis (Baxter’s Mom/Corgi hero!) and was very upset about it.  It didn’t take me long to realize that the rescue mission was mine to make.” 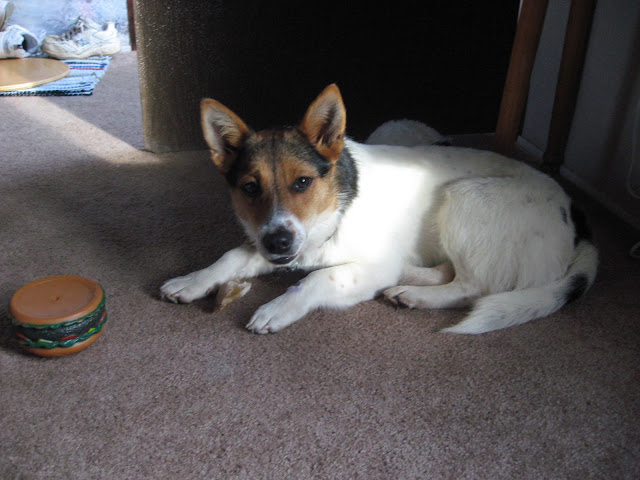 “I set out early the next morning.  After hours of traveling, I arrived at the shelter and was directed to Sugar’s cage. I sat down to talk to her.” 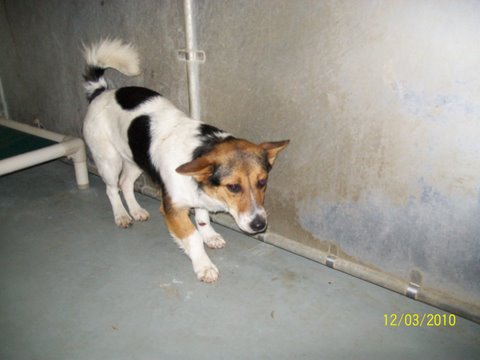 When a staffer opened her door, this trusting little mix came out and plopped herself right in my lap.” 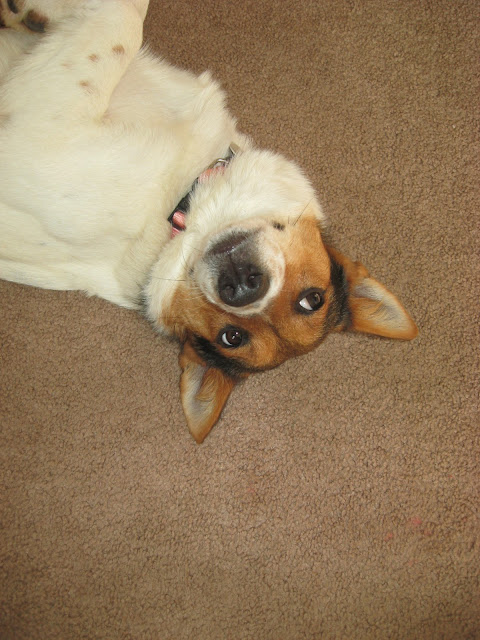 “After completing the paperwork, I turned to my new charged and asked “Are you ready to go, Sugar Plum?”  The “Sugar” part stuck, and she became a Sugar.”
“We set off on the long drive home.  The entire time, she crammed herself in a corner of my car and wouldn’t come out for potty breaks, water, treats, nothing.  When we arrived home, I walked Sugar around the yard on a leash but she still wouldn’t potty. I’d had no experience with this sort of thing, no idea of how to deal with a traumatized, neurotic fur baby.  When I let her off the leash, however, she went into the trees, did her business, came back and began playing with Izzy, my (then) Corgi.”
“Well that was that! I breathed a deep sigh of relief.” 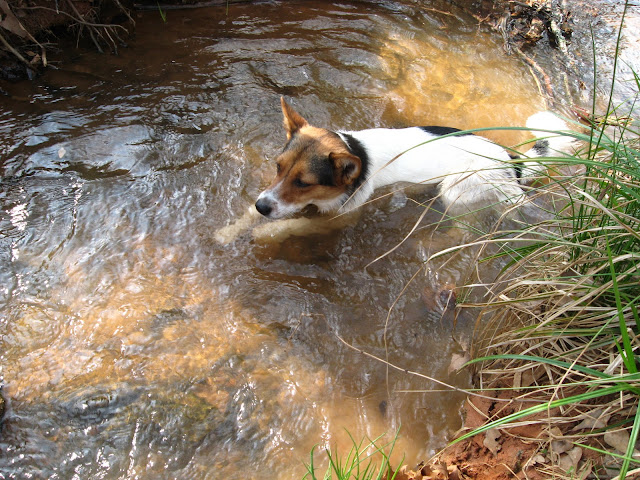 “I always say I fostered her for about five minutes before I knew she’d be mine.  Right from the start Sugar was reasonably well behaved, seemed to learn her new name in a heartbeat, and came when called.” 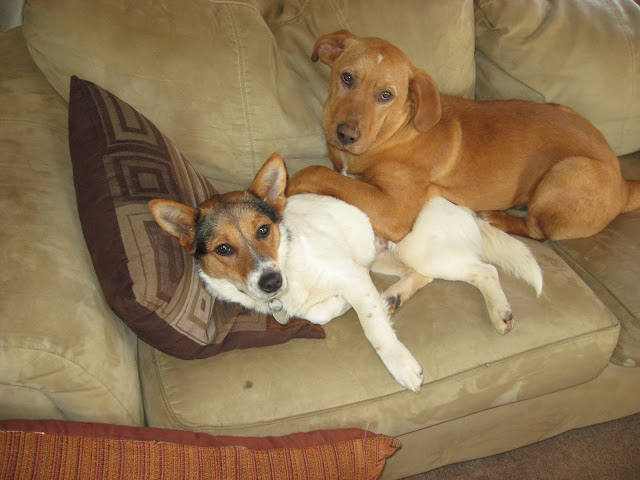 “A few weeks after Sugar’s arrival, a big, peanut-butter colored lug of a dog showed up one day out of nowhere.” 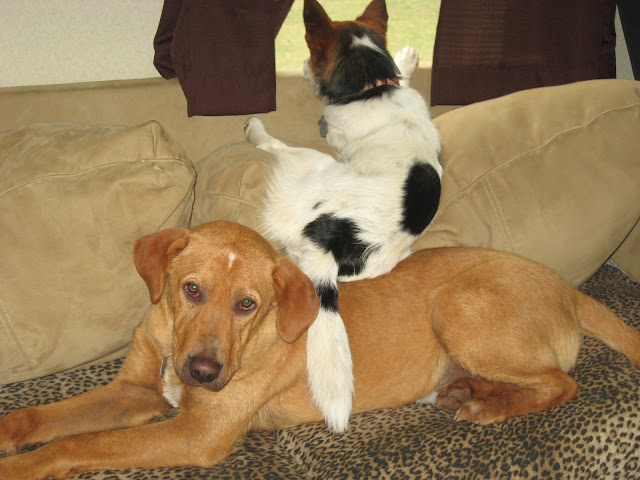 “I named him Roscoe, and Sugar’s story wouldn’t be complete without him.”  (Neither would her excellent view out the window, courtesy of a certain canine footstool). 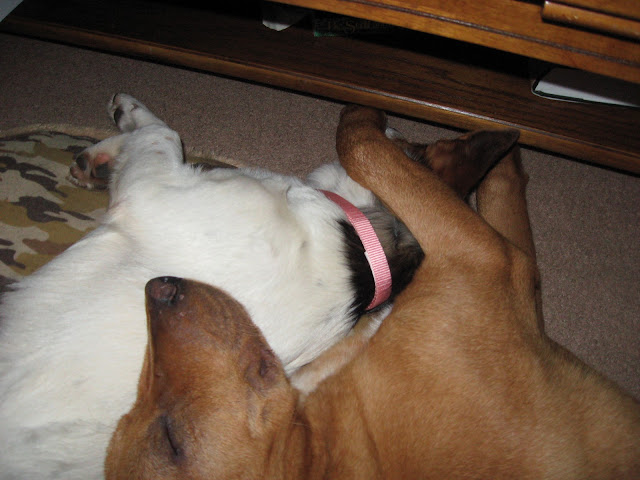 “They bonded immediately and became best of buddies.” 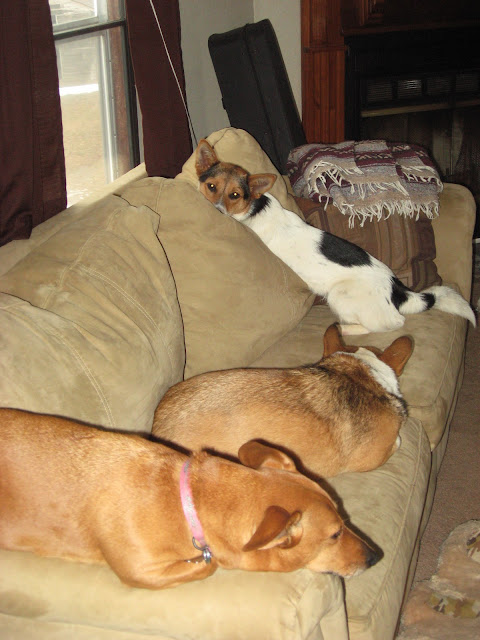 Gone to the dogs:  Roscoe, Izzy and Sugar.  Dachshund Emma is somewhere off camera, no doubt plotting her revenge against Roscoe for making her life miserable. 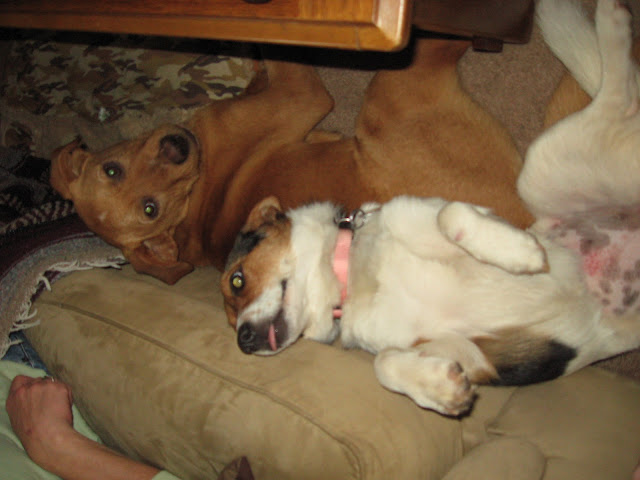 Editor’s note:  Marci and I talk frequently about Roscoe, who is a complete and utter hambone, a genuine canine bon vivant who gets along with everybody.  If there’s ever a dog I wanted to bend the “only Corgis” rule for, it’s Roscoe!

This character deserves his own Dog of the Day page somewhere.  (Any takers?) 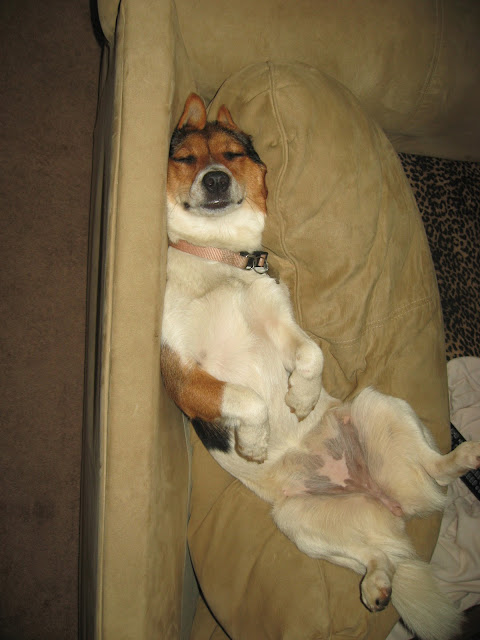 “Turns out Sugar is a true snuggle bunny who loves her belly rubs.” 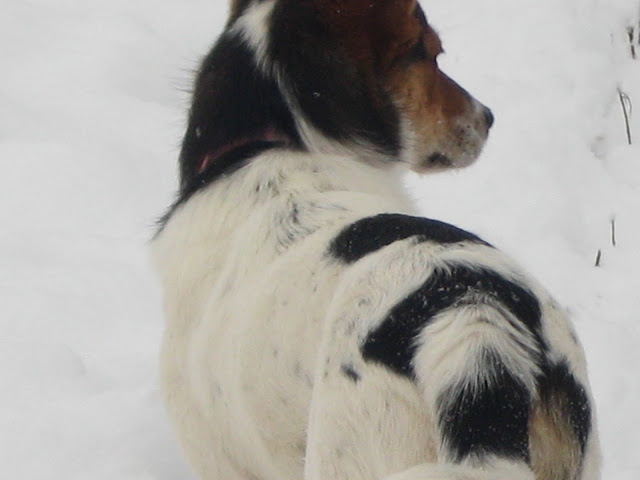 “Her favorite things are running in the woods, playing with her siblings, maniacally frapping and going wild for stuffed animals.” 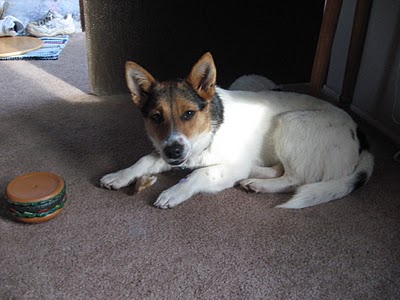 “She must not have had toys to play with in her former life, because it took quite a while for her stuffed animal chase and play tug-of-war instincts to kick in.” 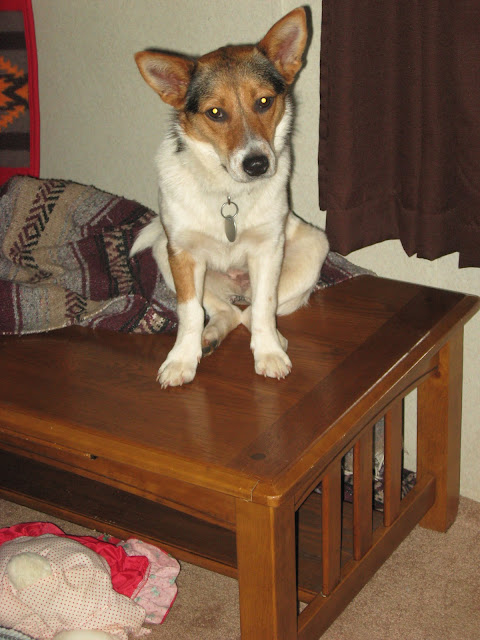 “Sugar is very polite.  When I hand out treats, she won’t semi-attack like the other dogs do.  Instead, she sits in the background and cocks her head as if to say “May I have a treat too, please?” 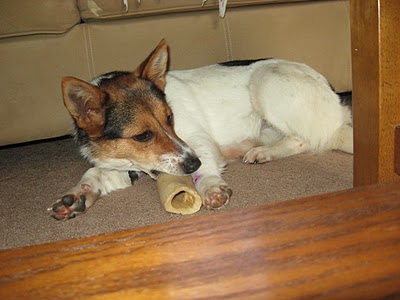 “I often wonder what her former life was like and what sort of heartache she’s endured, but I’ve promised her she’ll never have to experience any of it again.” 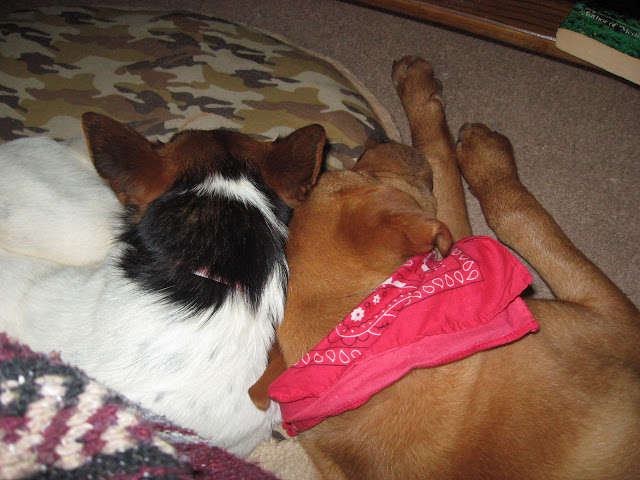 “I look forward to many more happy days with my sweet Sugar Plum Fairy.”

Ten year old Frankie stakes out his favorite spot on the couch. Flooftastic.   Jasper still looks a lot like a puppy, but he ... END_OF_DOCUMENT_TOKEN_TO_BE_REPLACED