Sam V. had always been a fan of Corgis, but had never been around them or even laid eyes on a Corgi puppy. “I had only seen a handful of adult Corgis in passing, but just knew that anything full grown and that adorable had to be 100 times more adorable as a puppy” writes Sam. 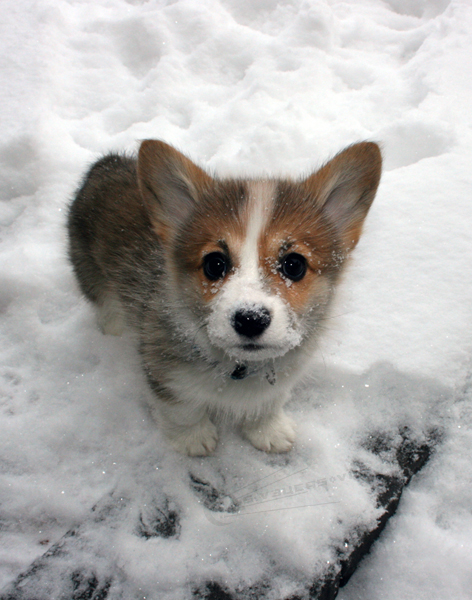 “My desire for a Corgi kicked into high gear when my wife and I were at a dinner party and I was talking about how much I wanted one. As we left the party, somebody happened to be walking a Corgi down the street. Our paths crossed, the little bugger walked right up to me and licked my hand, my wife rolled her eyes, and I knew I’d be the happy father of a Corgi puppy in a matter of months.” 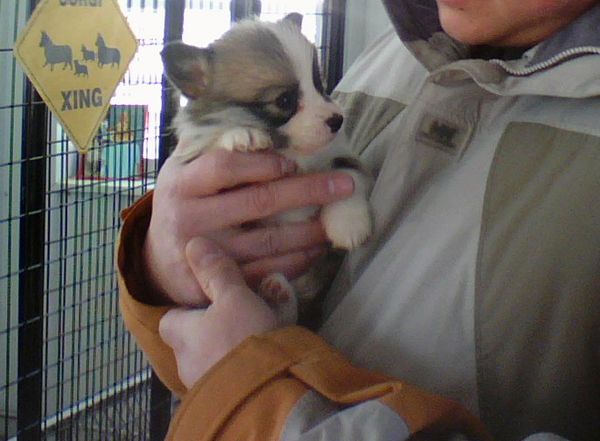 “Her name came from favorite childhood movies, the Herbie the Love Bug series. I picked the name before we even found a breeder. We originally wanted a male, but when it came our turn to pick from the litter, Herbie (the girl) picked us, and the name just stuck. Naturally, she has about 15 nicknames, including Herbert, Herberto, Herbz, Herbert the Sherbet, etc.”
“We originally thought she was going to be a black and white fluffy, but within a couple months, her coat changed from almost all grey into red and white. She’s not a full on fluffy, but she has a very soft coat.” 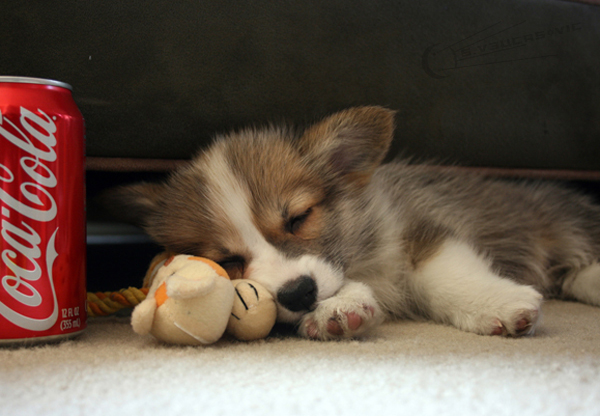 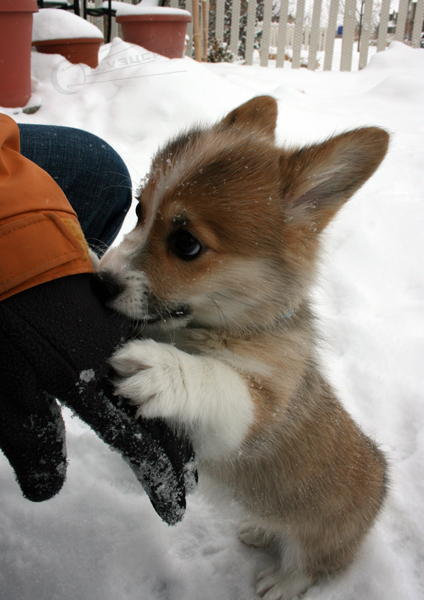 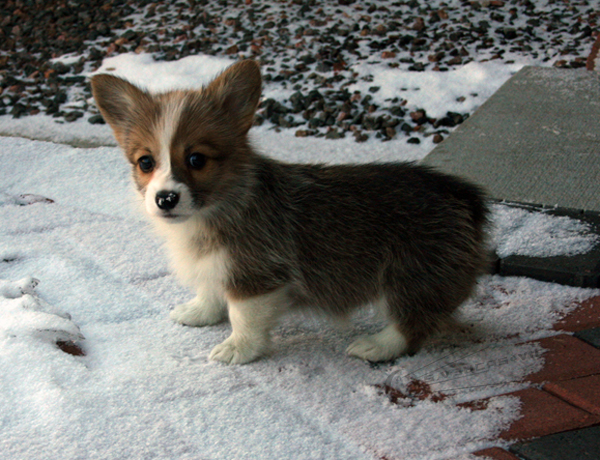 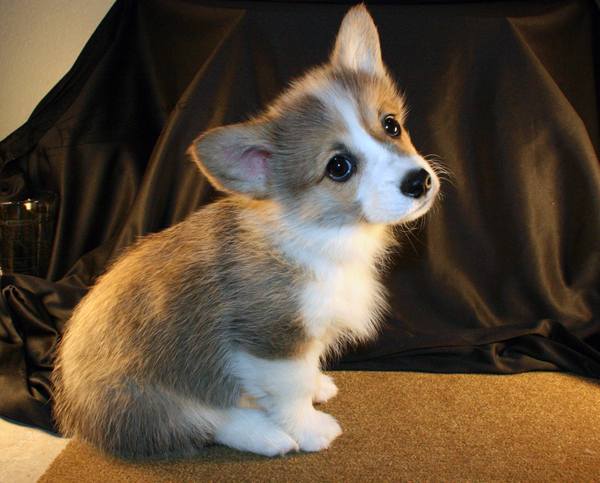 “She quickly learned how to sit, lay down, and shake her paw, and before too long she realized that she’s a princess and pretty much rules the house. When treats are involved, she’ll run through sit, lay down, and shake, over and over again, until she gets them. And it’s probably worth mentioning that even though my wife was hesitant to own a dog in the beginning, Herbie is now mommy’s little girl!” 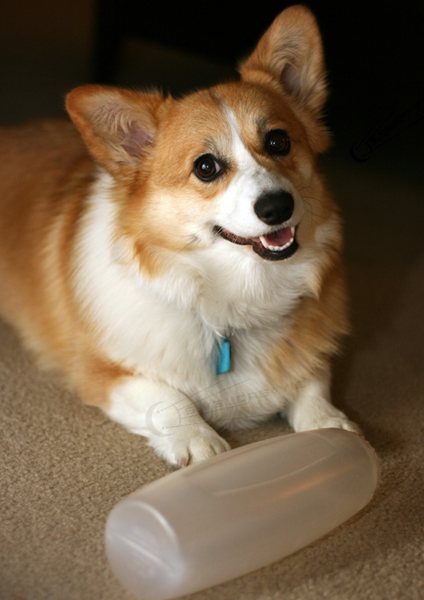 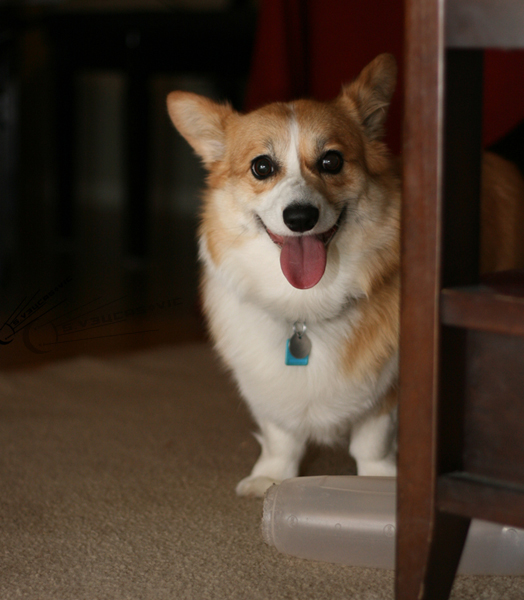 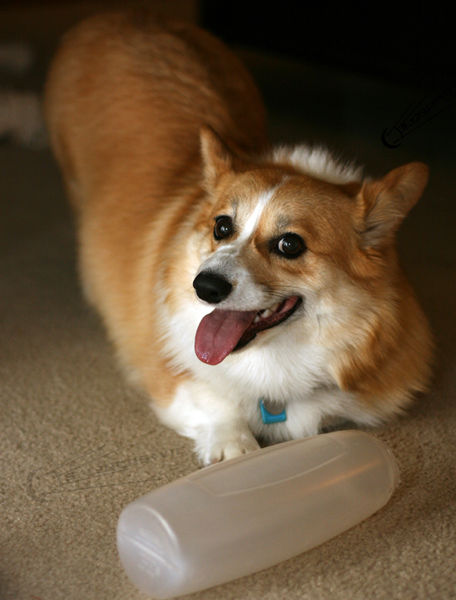 “Needless to say, she’s a very loved dog with her own facebook account (having more “friends” than I do) and a tumblr blog where I occasionally post photos of her. There’s certainly no shortage of photos, because there’s no shortage of adorable things she does that have me constantly scrambling to find my camera.” 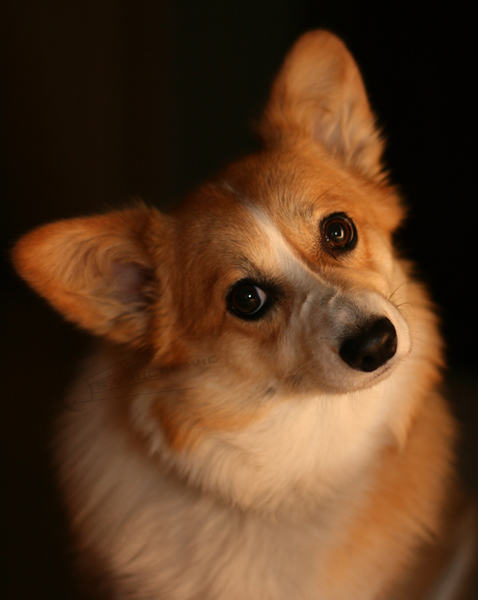 Herbie Girl, you are a LOVEBUG!
Welcome to The Daily Corgi!

Ten year old Frankie stakes out his favorite spot on the couch. Flooftastic.   Jasper still looks a lot like a puppy, but he ... END_OF_DOCUMENT_TOKEN_TO_BE_REPLACED