Lela S. would like you to meet her fur babies Corky and Auggie. Hi guys! 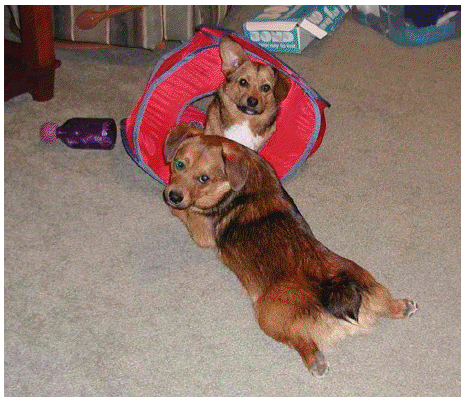 “These two are Corgi mixes we adopted from a shelter earlier this year, both at under a year old. We got Corky first, on New Year’s Eve, and Auggie about a month later. Corgis are like potato chips; you can’t have just one! Although these two aren’t actually siblings, they certainly belong together.”
“They are inseparable. Two partners in crime! Corky and Auggie look to each other before eating, sleeping, playing, and yes — even walking the yard.”

“Like all Corgis, Cork and Augg love to play! Their favorite toys include anything with a treat inside. Here are some photos of their favorites.” 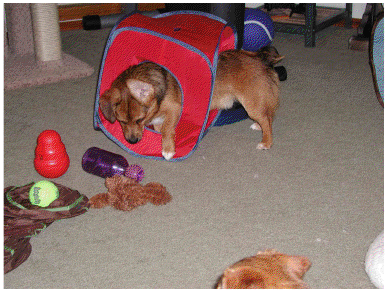 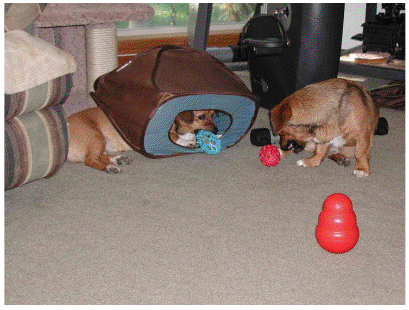 Cork in her cube
“You’ll notice that some of the items are red. If it’s red, it belongs to Auggie! The Kong Wobbler, the red football, even the red cube are all his. Or so he thinks. Just try to mess with his stuff. I double dog dare you!”

“The cubes are very important to both Cork and Augg. They love their cubes! Throughout the day we find many things they’ve placed in them: toys, kennel blankets, missing articles of laundry … ” 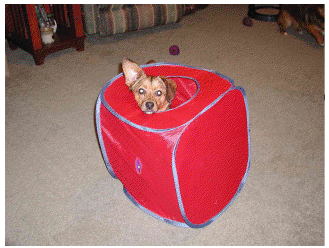 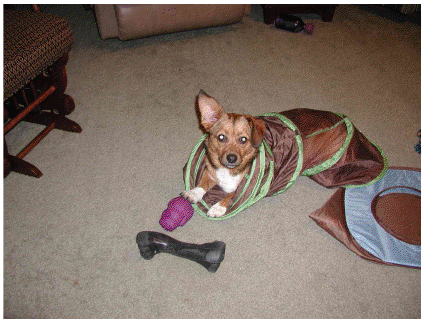 “Cork in her tunnel, with her favorite toy the “purple dude”. It’s the only play toy that lasts more than a day in our house. We love those so much we bought spares. Just in case.” 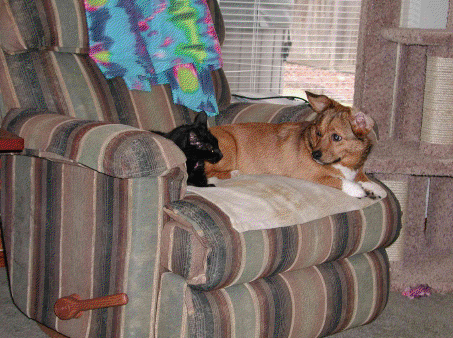 “Corky and her sister, Kat. Who says dogs and cats don’t get along? Well OK, maybe they’re just seeing who really owns the chair.” 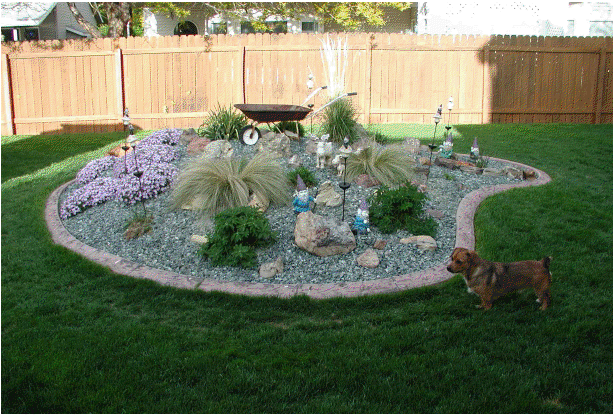 “Here is another of Cork and Augg’s favorite places. We call it Time Out Hill, because that’s just what it is. These two can run and run, but whenever one climbs up on the hill, play ceases. It’s become a sort of resting place where where they catch their breath. Auggie is waiting in the foreground for Corky (you can just barely see her on the back left side of the hill).”
“Like all true Corgis, these two have the power of the Corgi stare. It can be quite useful at times. Never let it be said that Moms are the only ones affected by such powers, despite what the Dads would have you believe.” 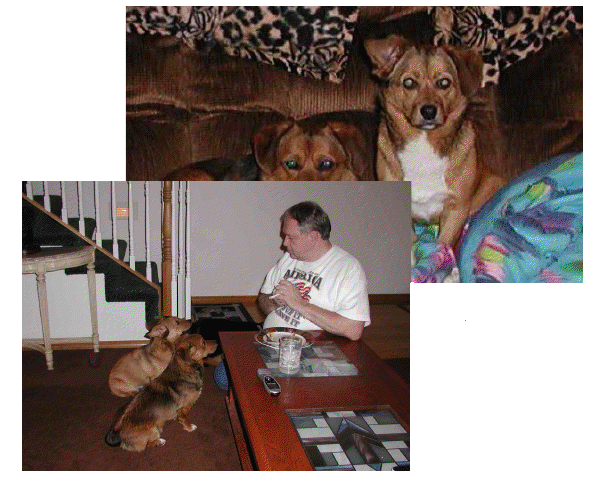 Auggie, Corky, and Kat (barely visible on the rug by the stairs) practicing their powers. 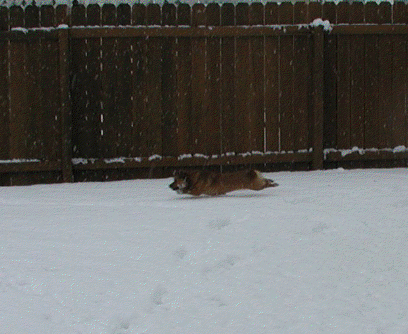 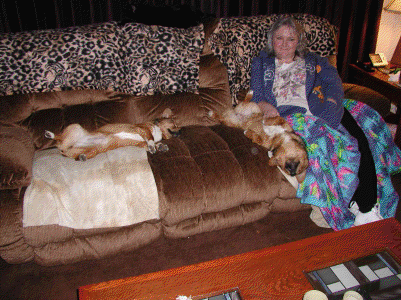 Relaxing after a busy day. Why is it that Corgis sleep upside down? 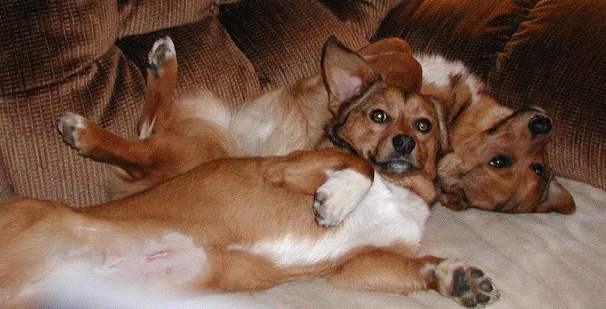 “We hope you enjoyed getting to know our fur babies. Come visit us at our facebook “Corgi Playhouse”. We’re just getting started there, but will be posting more photos soon. We also hope to have a regular blog soon too, for those not on facebook. We’ll be starting our version of the “Corgi Alphabet” in August. Hope to see you soon!”

Ten year old Frankie stakes out his favorite spot on the couch. Flooftastic.   Jasper still looks a lot like a puppy, but he ... END_OF_DOCUMENT_TOKEN_TO_BE_REPLACED