Gardener and Madeline have just been caught barking at the mail carrier. Again. 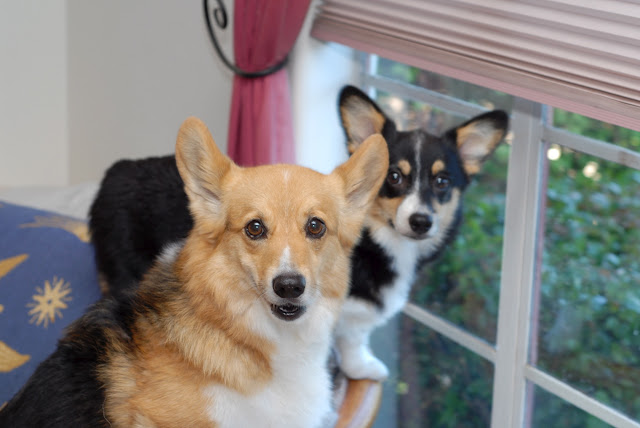 Gardener (the big one):  “Not me! I wasn’t doing
anything.”
Madeline (the little one):  “What? I was just
barking. Nothing wrong with that.”
A slice of life in Mary P.’s house … sound familiar?  Things have changed since Gardener first appeared on The Daily Corgi in 2009, but in some ways they’ve remained the same. 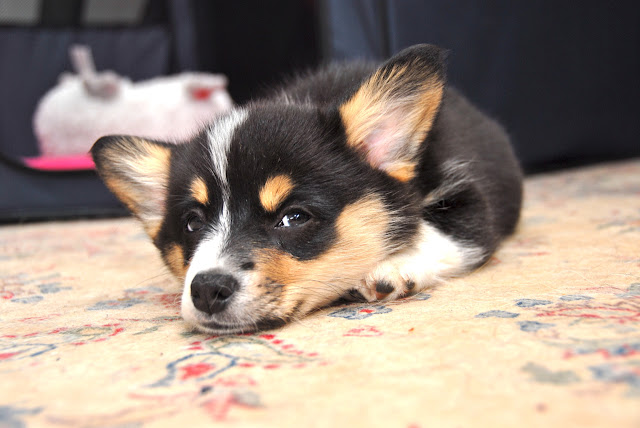 Madeline was born only three days after what
would have been her predecessor Koby’s tenth birthday.  “It’s been nearly three years since I lost Koby to cancer” writes Mary. “She
was a great dog and a wonderful Corgi. Truly exceptional. There will never be another Koby, but Madeline is
precious. She has the spunk that Koby had as
well as the markings. Madeline pushes me to expand my boundaries, just like Koby did.” 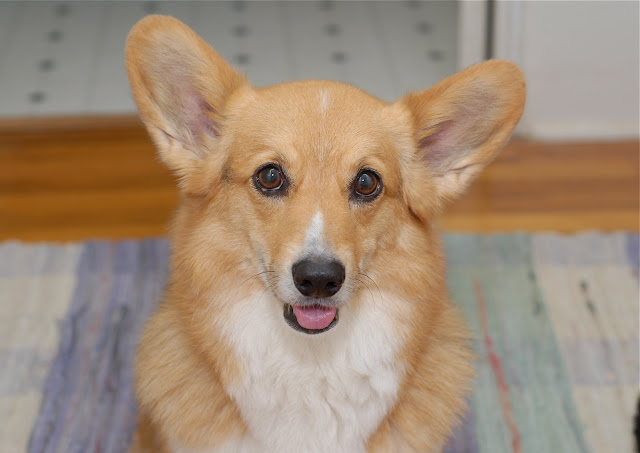 “Gardener is still with me, as cuddly and handsome as
ever. He would love it if you pet him non-stop 24/7!” 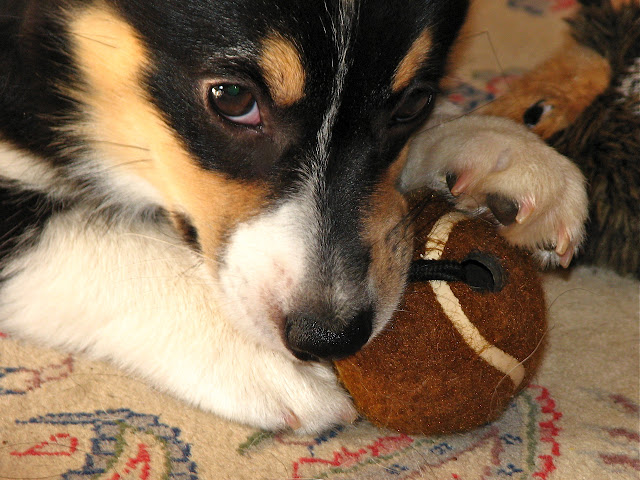 “Madeline is the daughter of Gardener’s
half brother, whose name is also Gardener. So there is a remote
connection to Koby’s bloodline. Gardener comes from the same line as
Koby.” 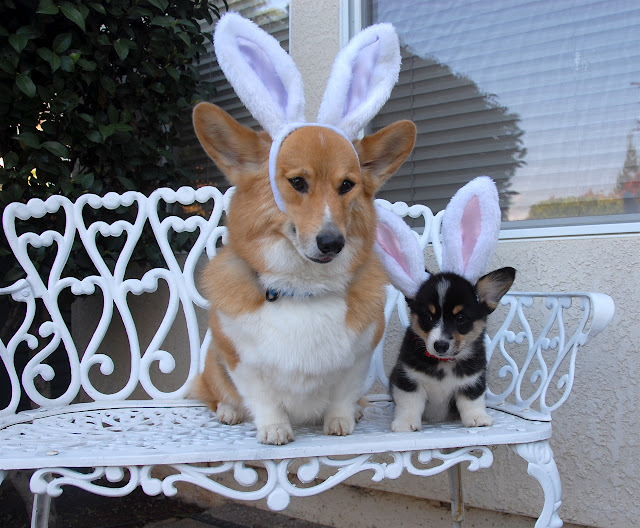 “She is bold, fearless and exceptionally smart. We are training her for agility and will begin competing this Fall. Her spirit is
awesome. She is always ready to go and will do whatever you ask — and
then some. Madeline never shuts down. She loves to run and she loves to chase
me (a good trait for agility). I have lost 75 pounds since last summer
so I can actually RUN now.” 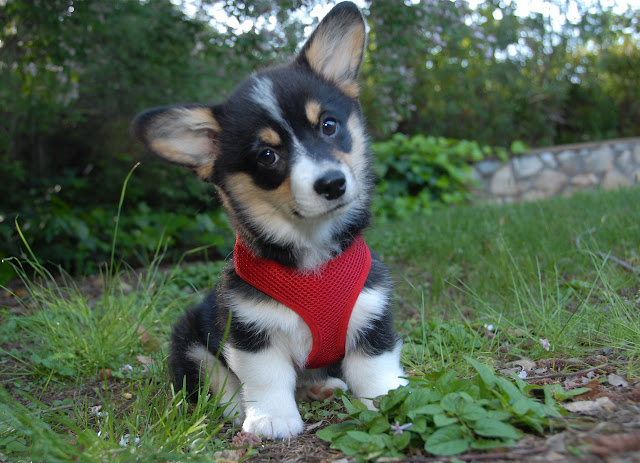 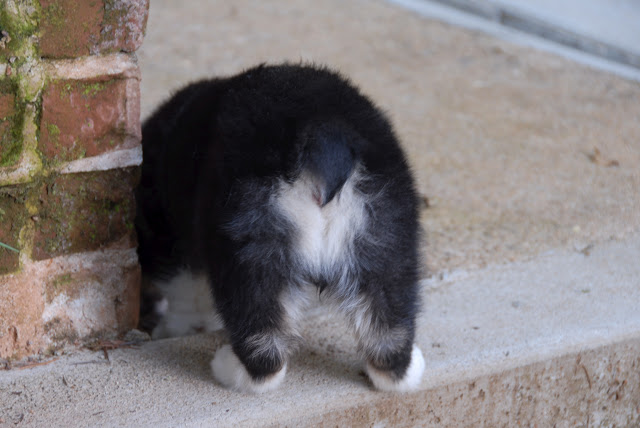 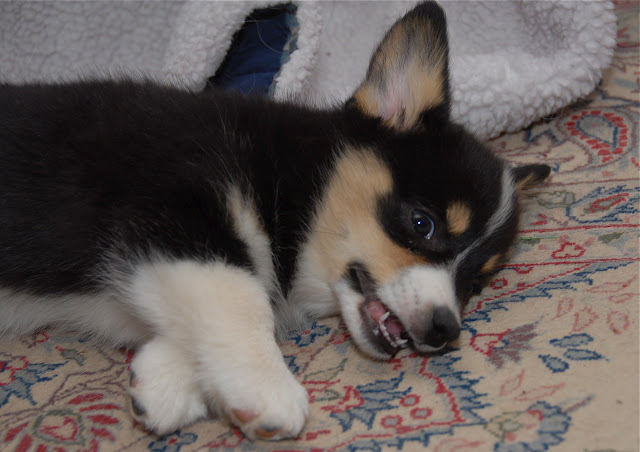 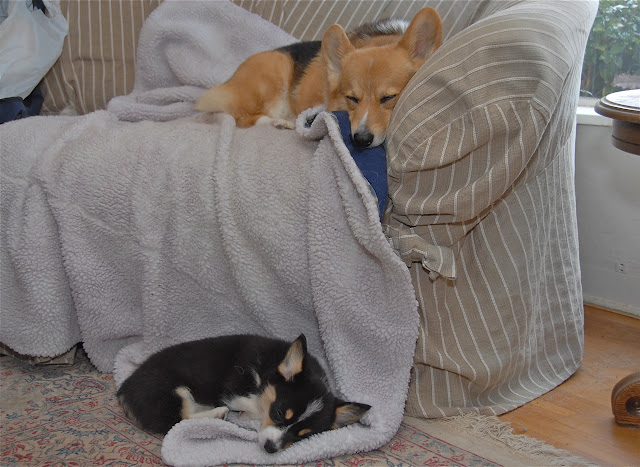 “Gardener would jump on the couch for a little peace and
quiet. Madeline was too small to follow. She tugged and tugged on the
blanket until she could be just like her big brother.” 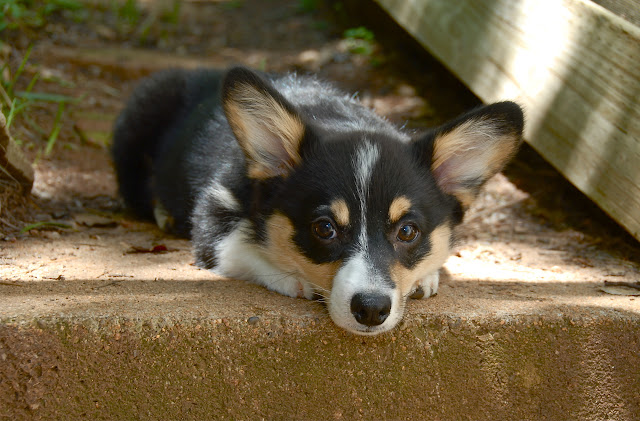 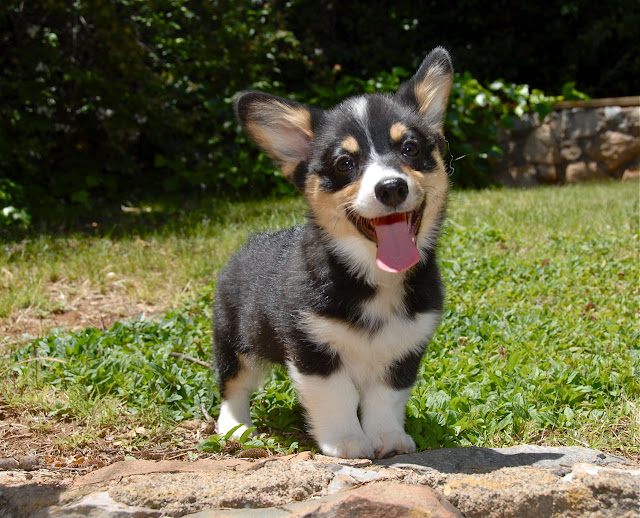 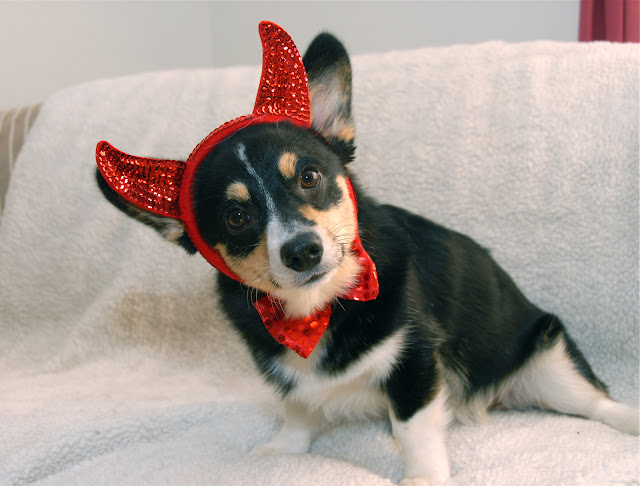 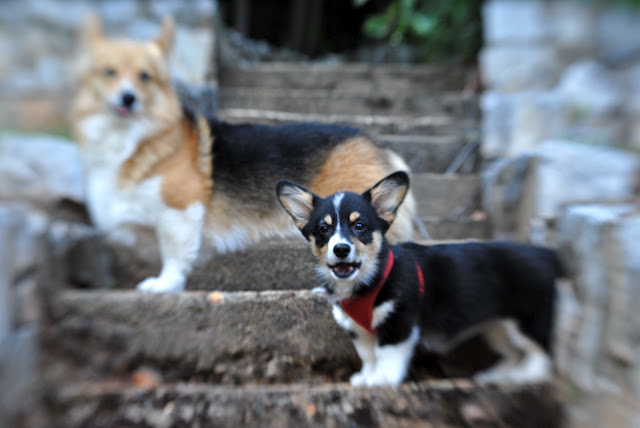 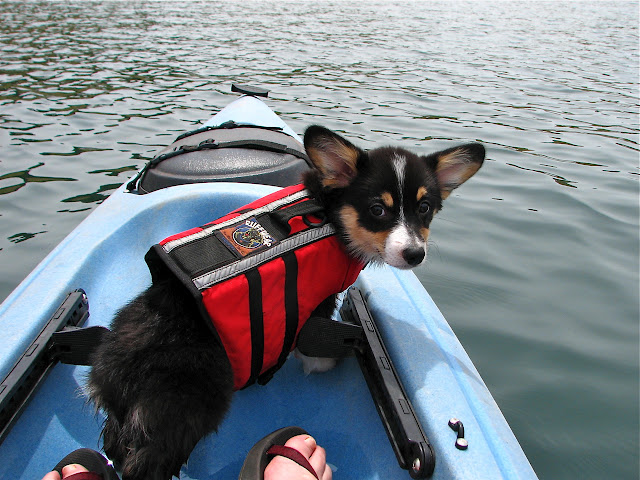 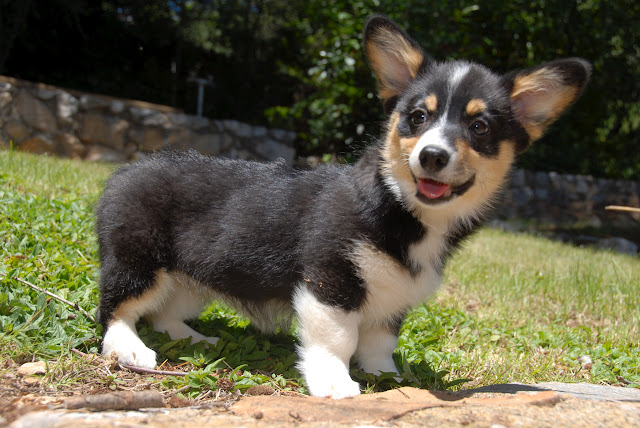 “Madeline loves to meet other dogs and is
completely “dog appropriate” when saying hello for the first time. There
is an English Shepherd in her training class named “Wade” she’s head over heels
for. He appears to feel the same way about her.” 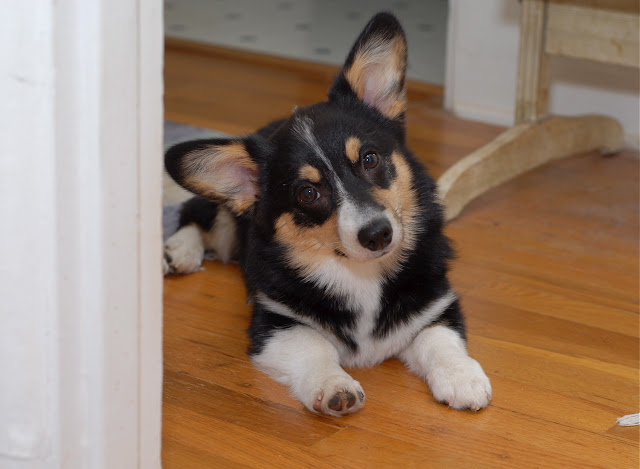 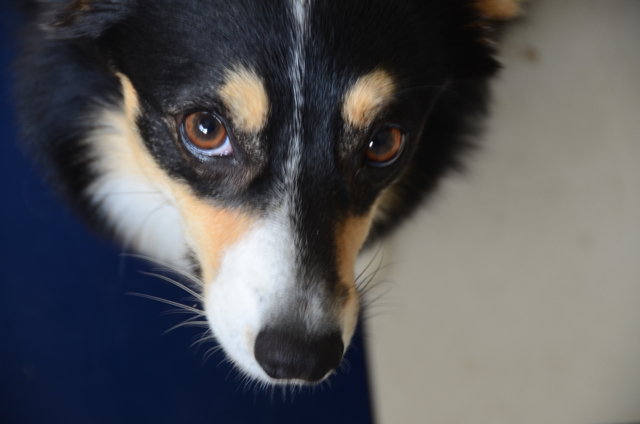 “Madeline also loves to play tug and chew, chew, chew. I still
keep a baby gate across my bedroom doorway. Oh, yes, and she is a sneak
thief! I have to be careful where I leave things because she will find
them and disassemble them!” 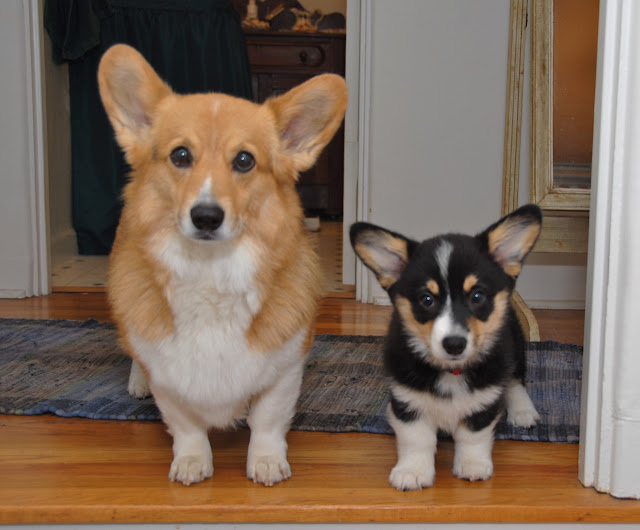 “Gardener has had a personality change, as happens
when the makeup of household dogs occurs. Where Koby was clearly alpha,
now Gardener is the alpha dog. He rules with a firm but loving paw.” 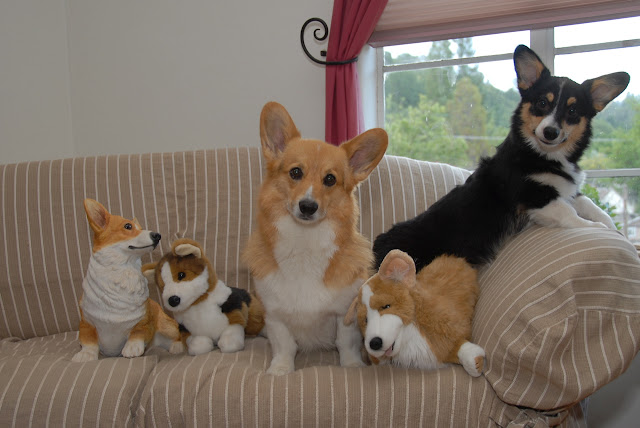 “When I
am preparing food, Gardener will come into the kitchen but Madeline
will park herself at the threshold. I did not teach her to do this.
Gardener did. Once treats start flying, however, all bets are off and
Madeline doesn’t miss a thing. She has just learned patience.” 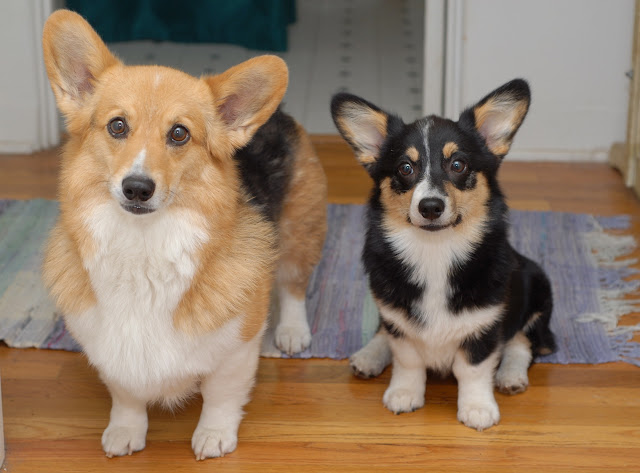 “I went on a trip recently and placed them in separate homes while I was away. For Gardener, I had a friend come and stay in my
house. She loved him up, took him for walks and let him sleep in bed
with her. That’s Gardener’s perfect environment. At home with a ton of
love.” 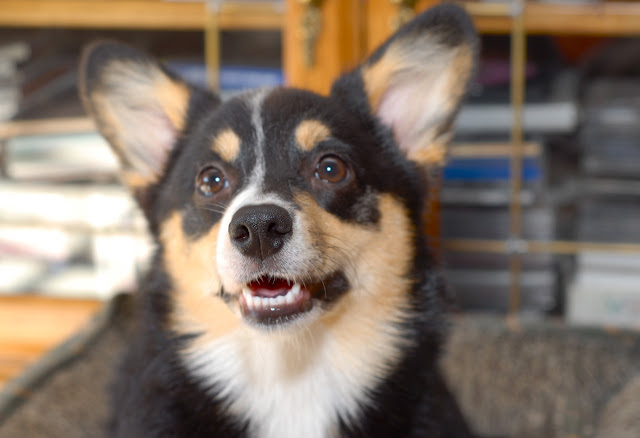 “Madeline is high maintenance, however. She could decide to take
off on a fun adventure at any time. I left her with a friend of
mine who has six Corgis, including a young rescue. Also in her house
is a year old Corgi pup and a tiny rescued puppy of unknown origin.
This is a total recipe for fun for spunky Madeline. She got to play, play, play
all day every day.” 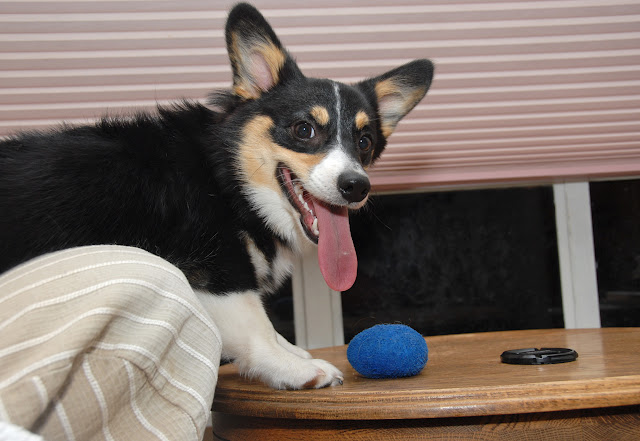 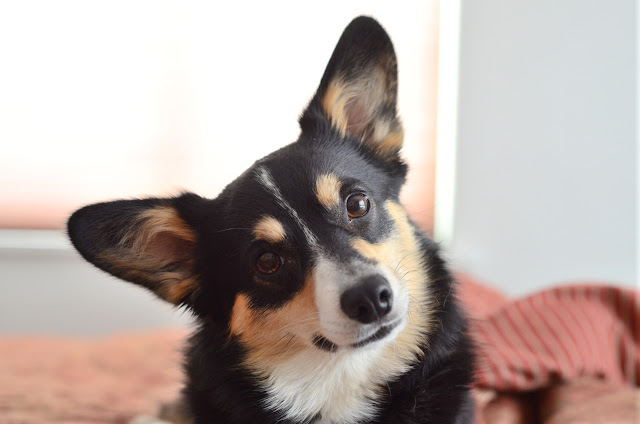 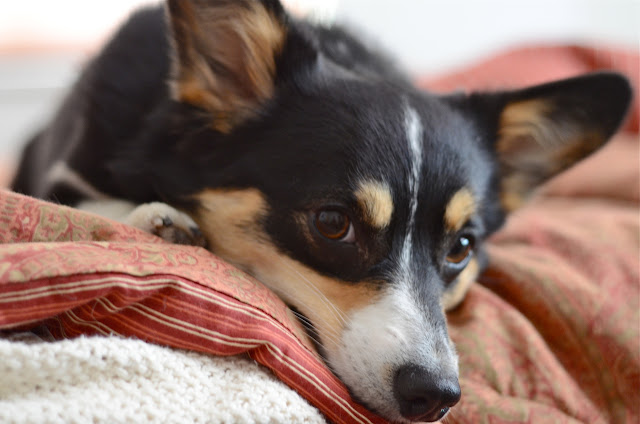 “At home, Madeline plays with Gardener in
bursts, then he takes a break. Such is the difference between the two.
They are bonded together very closely but each is bonded even more to
me.” 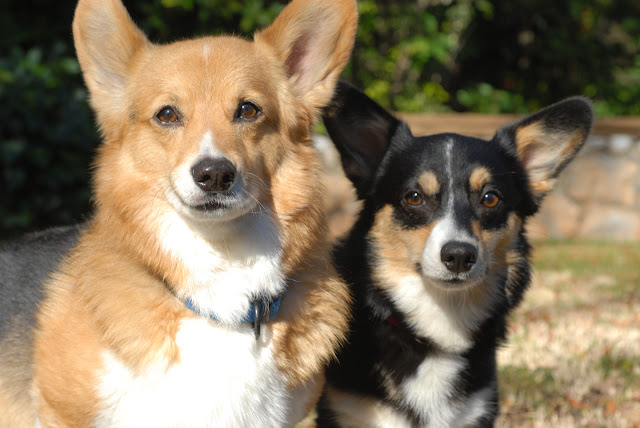 “I hope this gives you some idea of the personality of my little pack of two.”
Sure does, Mary. So when do we schedule my visit? 😉

Ten year old Frankie stakes out his favorite spot on the couch. Flooftastic.   Jasper still looks a lot like a puppy, but he ... END_OF_DOCUMENT_TOKEN_TO_BE_REPLACED