Every morning
like clockwork, Simon and Nigel make their way onto Jean’s face. No longer an urban legend … now there is evidence! 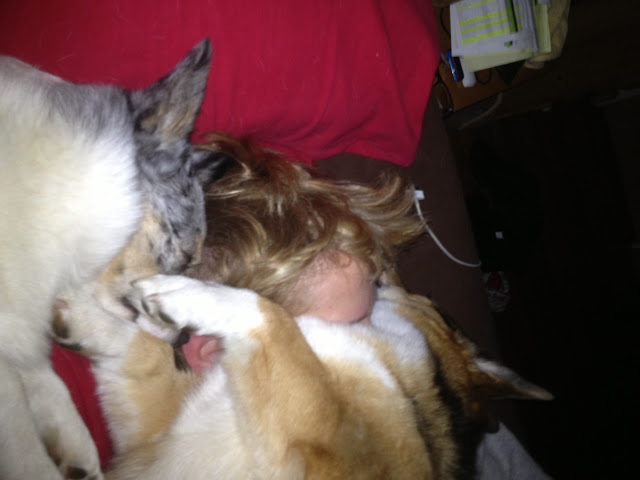 “These incriminating photographs were taken at about 5:00 in the morning” says Jean. “My iPhone is always charging under my
pillow because it’s also my alarm clock — which has yet to actually
“wake” me because the boys believe we should start playing promptly at 5:45 a.m.”
“I don’t wake up until I become EXTREMELY hot and have trouble
breathing!  (Ahhh yes, the Corgi alarm). My husband says we need pictures of this phenomenon, so this morning at 5, out from under the pillow came the iPhone … “ 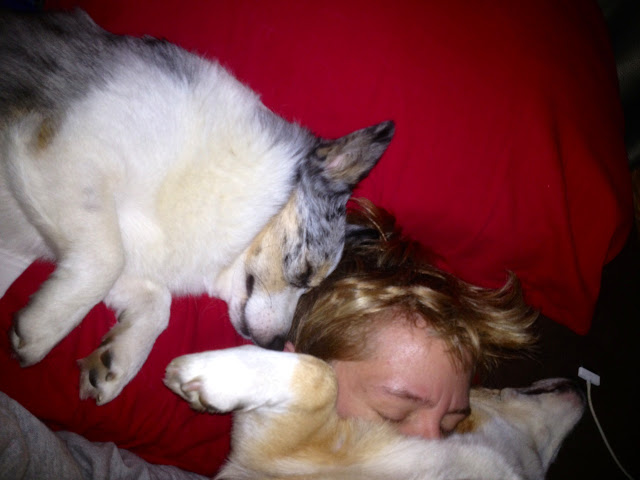 “I could only move one arm,
so I stretched it out as far as I could and just took “blind shots”. I ended up getting some cute pics!  How fun!  The boys NEVER woke up,
even with the flash going.  Simon rolled around a little, but never woke
up.” 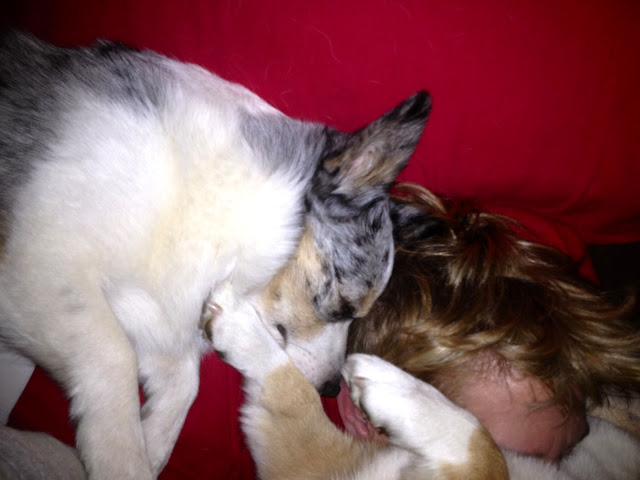 “Nigel is so much like my Sophie when she was
young. He tickles my eyes with his soft whiskers and when I move my
eyes or blink, he puts his paw on my eyelashes. He’s so silly! Simon
licks my nose and then they start rolling around on me and woofing. Silly boys!” 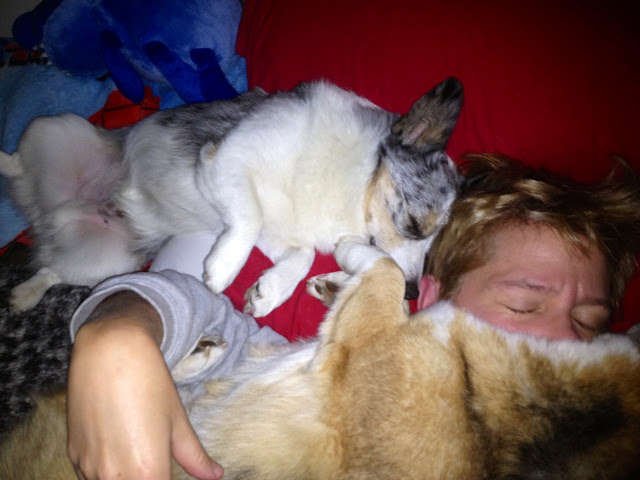 “If I end up on Investigative Discovery’s “Unusual Suspects”, this is why!”

Ten year old Frankie stakes out his favorite spot on the couch. Flooftastic.   Jasper still looks a lot like a puppy, but he ... END_OF_DOCUMENT_TOKEN_TO_BE_REPLACED