Caught again in the act of exercising his powers to extract food and pity from his unsuspecting (ha!) parents. An event befitting The Daily Corgi’s 3,000th post. 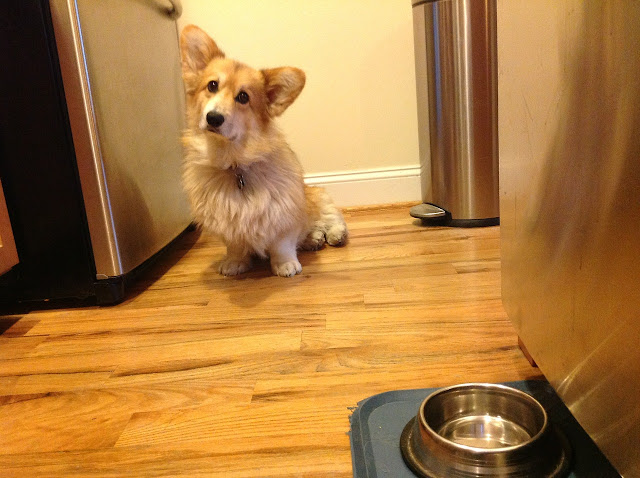 Jasper’s well-honed Super Fluffy Factor Tractor Beam of Corgi Persuasion has grown even more concentrated since Monday, when Official Jasper Islington Week on The Daily Corgi began. Spurred by facebook’s ill-informed decision to muzzle his page for 60 days on grounds of too much spamminess (sharing his powers for good — only for good — on other facebook pages), he has added 500 new fans and gone on to grace the likes of twitter. Yes, Jasper is on the twitter!  http://twitter.com/JasperIslington.
Believe it or not, Jasper’s story has one more plot twist. A fact known (as yet) to very few. One that shall be disclosed next week here on The Daily Corgi. ‘Til then, enjoy his daily facebook haikus, his videos, his tumblr, and the glow of his newly acquired Folk Hero status. Because it’s official, my friends: Jasper Islington now belongs to the people. His people. 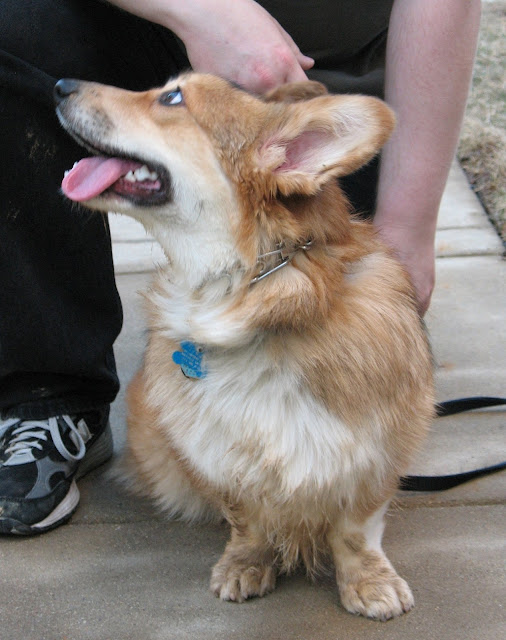 A low down derpy shame? Not in Jasper’s hands. He makes this look goooood.
Look deep into his eyes and know the love that IS Jasper!

Ten year old Frankie stakes out his favorite spot on the couch. Flooftastic.   Jasper still looks a lot like a puppy, but he ... END_OF_DOCUMENT_TOKEN_TO_BE_REPLACED