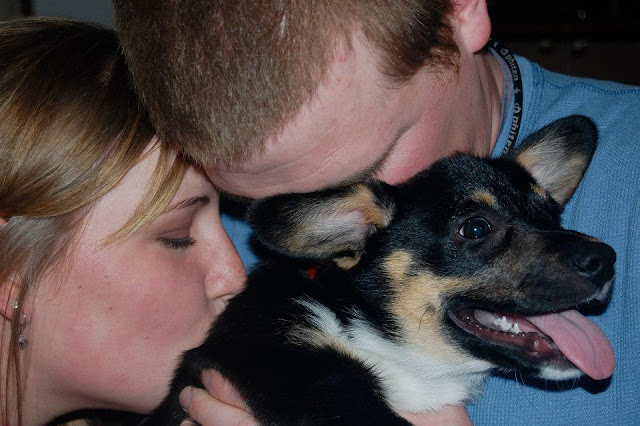 Moments before this photo was taken, lucky Ducky’s folks Bryan and Stephanie got engaged. 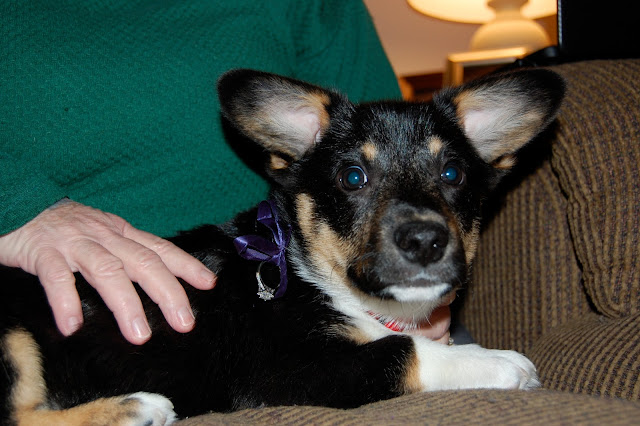 On the night of the proposal, Bryan fancied up the freshly washed and brushed Ducky in a new collar, embellished with a diamond engagement ring. 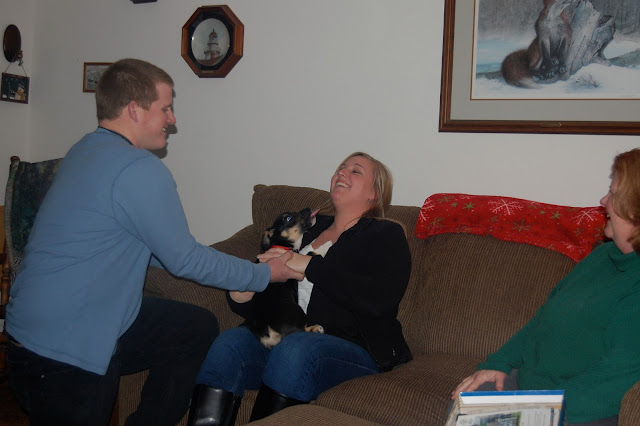 Back home after dinner at a Japanese Steakhouse, Bryan’s Mom distracted Stephanie while he and his Dad got Ducky ready. When the big moment arrived, he placed the pup in his lady’s lap. It took a few minutes for her to realize there was something afoot.
“I got down on one knee, grabbed her left hand and told her in a shaky voice how
much I loved her and wanted her to be in my life forever” says Bryan. “As tears filled her eyes she said “What is this? Is this real?” Before I could
finish asking her to marry me, she was saying YES!” 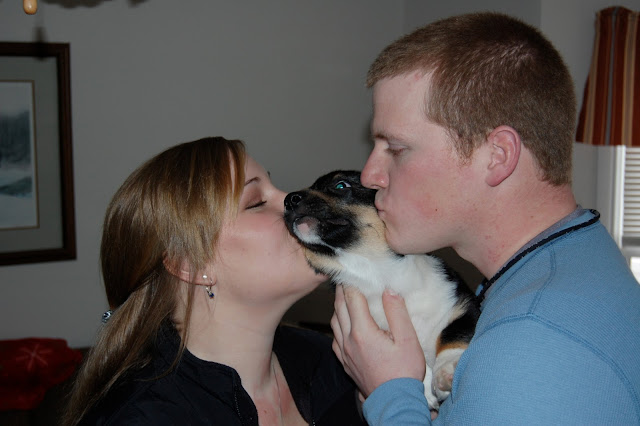 The happy couple met in college, where Stephanie was an athletic trainer assisting with Bryan’s post-surgical rehab for a football injury. She had a boyfriend, but the two struck up a fast friendship. As a gentleman, Bryan settled for the pleasure of her platonic company for the next few years. 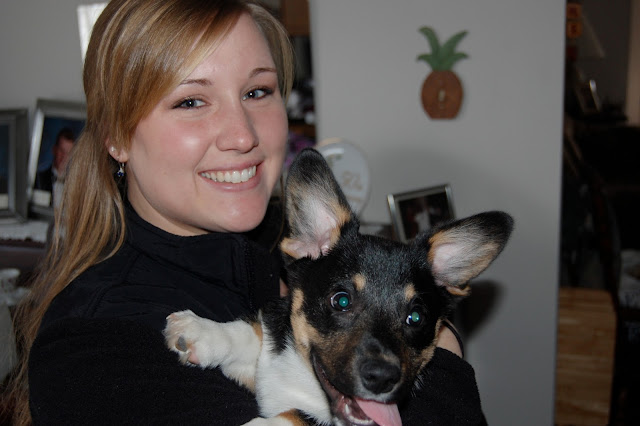 In his senior year, he became an RA at a co-ed dorm and spied Stephanie’s name on list of residents. Fate had brought them closer, but she was still seeing the same guy. When she parted ways with him, Stephanie and Bryan grew closer. They began to date. 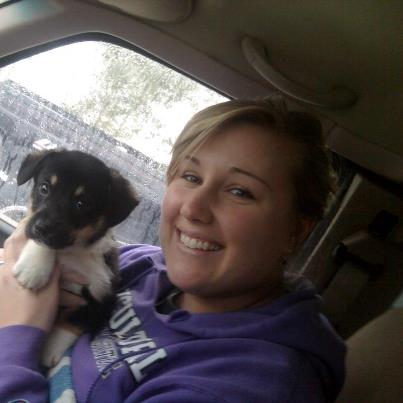 Two years and tons of conversations later, Bryan decided to propose. “I took a while trying to figure out how I wanted to do it” recalls Brian. The idea of using Ducky popped into his head two weeks before he asked for her hand. 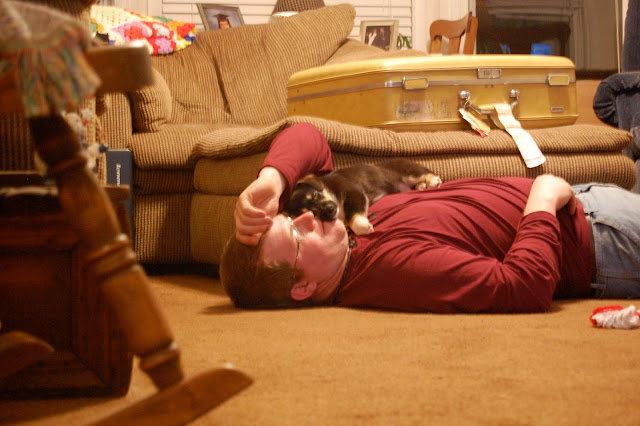 “We’ve both loved Corgis for a long time and have always wanted one, so we got Lucky together.” 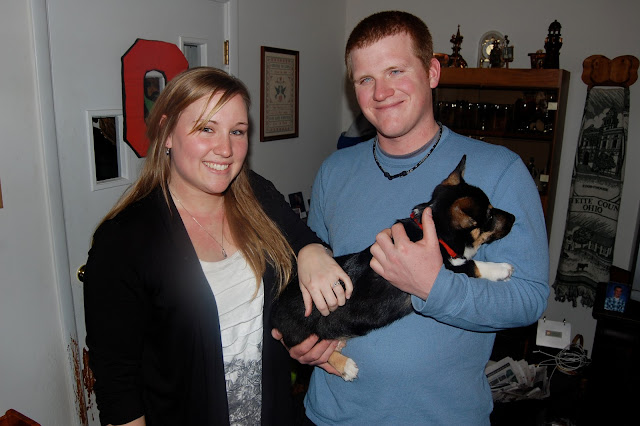 “Ducky and I have since moved to Virginia, where he is adjusting to life in the big city. We’re just waiting on Stephanie to graduate from college in Ohio and then she’ll be moving down to be with us.” 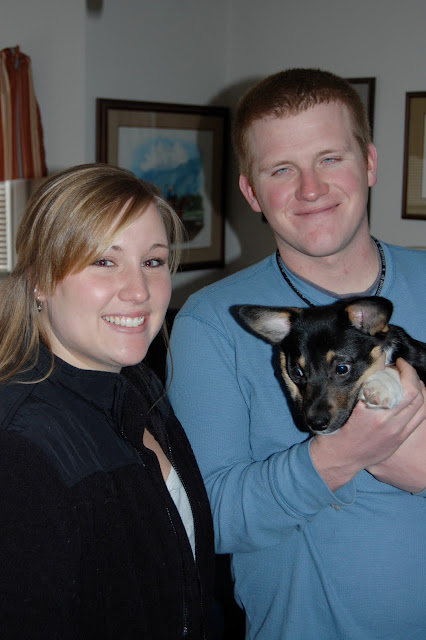 My friends, I do believe this is the start of something that can only get more beautiful.
Congratulations, you three!

Ten year old Frankie stakes out his favorite spot on the couch. Flooftastic.   Jasper still looks a lot like a puppy, but he ... END_OF_DOCUMENT_TOKEN_TO_BE_REPLACED