Jen Gillis wasn’t really in the market for another dog when she spied a lady selling Corgis off a highway in Dallas nearly three years ago.

“This pup had the perfect white collar like Corky, my late soul dog” Jen recalls. “I had to stop and look. I had to bring her home.” 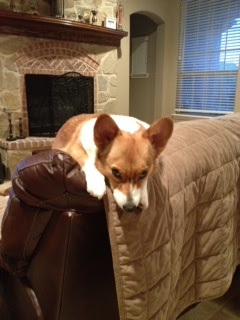 “Aggie has the sweetest personality. She loves toys, running the yard and she yodels when she barks.” 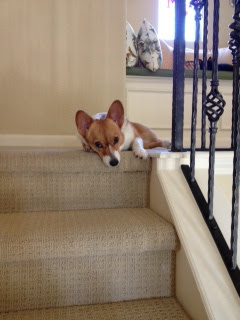 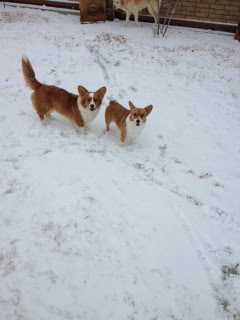 When Aggie joined the family, she fell under the watchful eye of self-appointed pack leader Trixie, who herds everyone and wears “boss lady” label proudly. Trixie: not so large, definitely in charge! 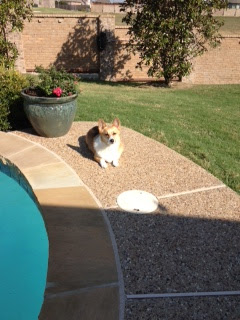 Dixie is Corky’s little sister. When Corky passed suddenly, Dixie stepped right up and assumed leadership, though Jen didn’t think she was ready for it. 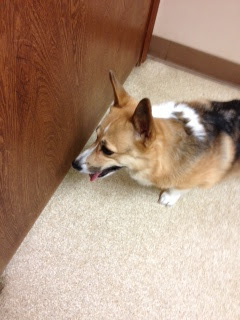 This sassy seven year-old is the is the best Corgi and Lab ear cleaner in town! 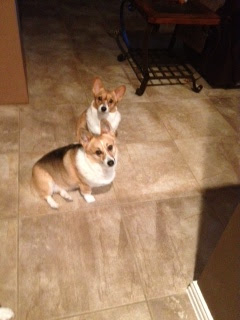 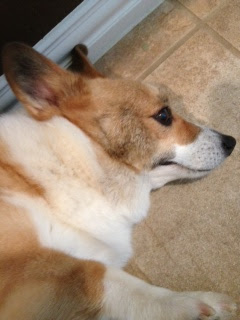 After a roll in frog poo. One of the perks of the job. 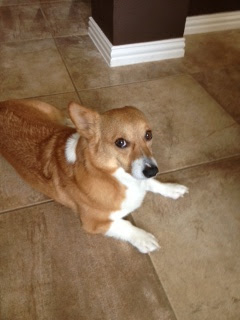 Five year-old Hopper is Aggie’s Daddy and the only boy. “He came into our lives two years ago from Colorado, where he was mostly an outside dog.” 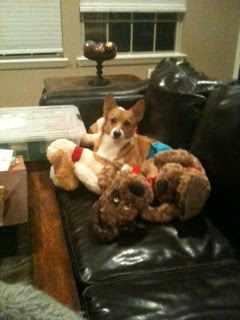 “Hopper has adjusted quite well as the house dog who sleeps on the sofa all day and in bed with his sisters and Momma. I love this little man.” 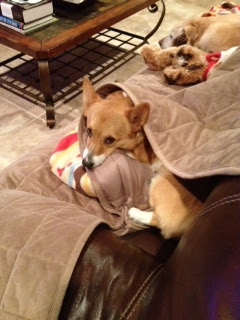 “His name is perfect because if you try to catch him doing something “bad” he hops away.” 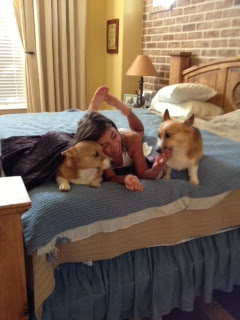 “Hopper has been a perfect addition for the girls and me!” 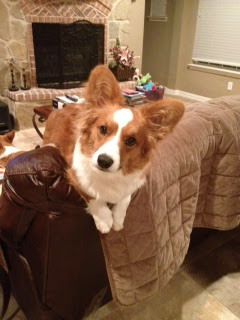 “Madison is 1.5 yrs old and my only Cardigan. This wild, fluffy little toot is always playing with her toys, loves to hear herself speak, bites on my arms when I try to make the bed, digs under all the blankets to make a tent and is one of the happiest dogs I’ve ever owned.” 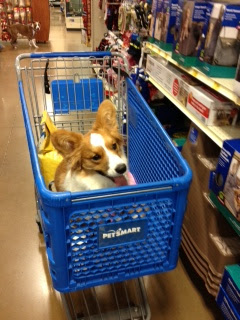 “Her best friend is Aggie; they romp non-stop. I always heard that Cardis were calmer than Pembrokes … 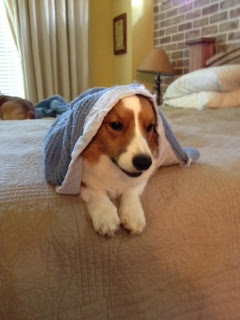 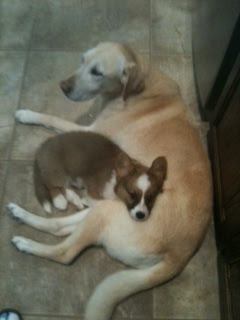 “Thirteen year-old Labrador Retriever Raleigh has been Momma to all my Corgis. She’s raised them, loved them, played with them and overall tolerated their crap for over eight years. Nowadays her health isn’t 100%; I know every day with her is a blessing.” 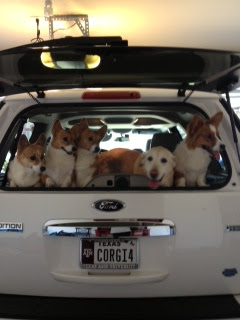 “I thank her from the bottom of my heart for loving me, Dixie, Aggie, Hopper and Madison.”

Ten year old Frankie stakes out his favorite spot on the couch. Flooftastic.   Jasper still looks a lot like a puppy, but he ... END_OF_DOCUMENT_TOKEN_TO_BE_REPLACED