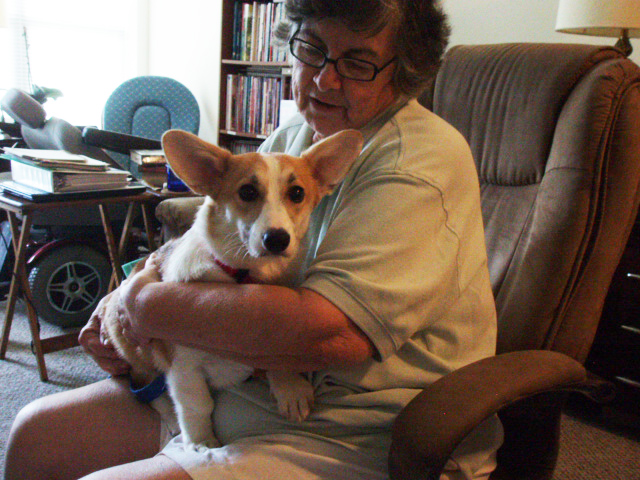 Nearly every week I have the good fortune to blog about goings-on at Corgi Connection of Kansas Rescue. The focus is naturally on the dogs, but behind their stories are the unsung human heroes who make it all possible.

Rescue is fraught with joys and sorrows both. As rewarding as they can be, rescue, fostering and transport are sometimes hard work. Those who work shoulder to shoulder undoubtedly form special bonds with one another. Last week, Corgi Connection of Kansas suffered the sudden loss of one of their own. Her name was Joy Cabe, and she will be greatly missed by many.

“Joy contacted me through my website” recalls Jeanette DeMars, CCK founder and director. “Not sure how and why she was looking at Corgis as she had never owned one, but she wanted to foster.”

“After much consideration, she took in her first rescue, an adorable little female Corgi named Ruby who was eventually adopted to a wonderful woman in New York. Joy was with Ruby at the First Kansas Corgi Gathering last October.” (Photo above).

“Then she took in a pair of siblings from a shelter in Missouri. Karen and Kelly and were terrified; with her quiet demeanor, Joy helped them to learn to trust humans. The girls were subsequently adopted together.” 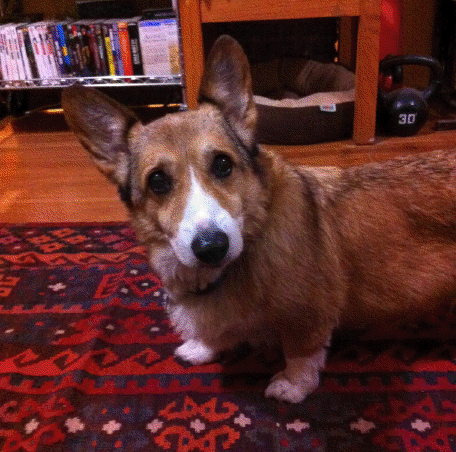 “In between fosters, Joy helped with numerous transports. She also enjoyed quilting and met weekly with a group of friends to quilt together. Eventually the Corgi bug proved to be too much and in March she adopted 13 year-old Tilly, aka Matilda Peacock, when her previous owner could no longer care for her. Joy was quite smitten with the grumpy ol’ girl.”

“Joy did quite a bit of transport work for CCK, as she loved to drive and owned a big red pick-up. Her last foster was Dozer, whose adoption was finalized just this week. She met Dozer’s previous owner and kept him until we were able to place him in another foster home, where he failed as a foster! (They kept him).”

“In June, Joy and Tilly headed to Washington, D.C. area for a visit with her daughter and only child, LeAnn Cabe. After months of planning their once in a lifetime trip to Ireland, they were thrilled to finally be going. During her time away, Joy had Tilly boarded near LeAnn’s home, so her girl would be there when she returned stateside.”

Joy and her beloved Tilly were en route back to Kansas last week when their car tragically left the highway in Indiana. Both lost their lives in the accident. 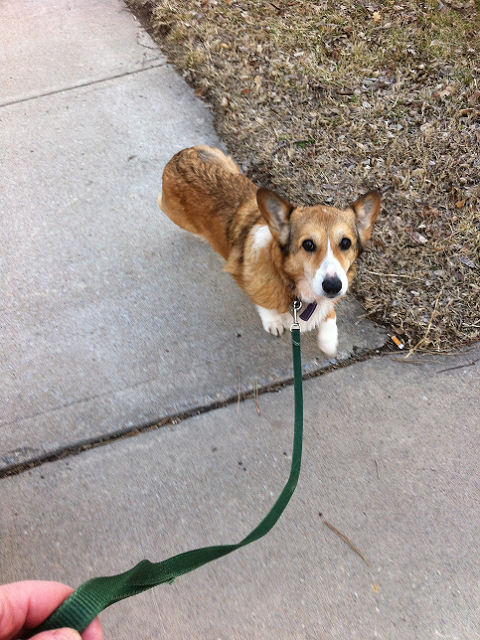 Tilly, who bounced around like a bunny and insisted on following Joy everywhere, followed her to the very last — and beyond. Good girl, faithful Tilly. Good girl.

Ten year old Frankie stakes out his favorite spot on the couch. Flooftastic.   Jasper still looks a lot like a puppy, but he ... END_OF_DOCUMENT_TOKEN_TO_BE_REPLACED