Can you believe this trim, happy, healthy boy was once morbidly obese, had worms, dirty ears, a respiratory infection, long toenails and dandruff? All of THAT was before Jean Locke got her hands on him. 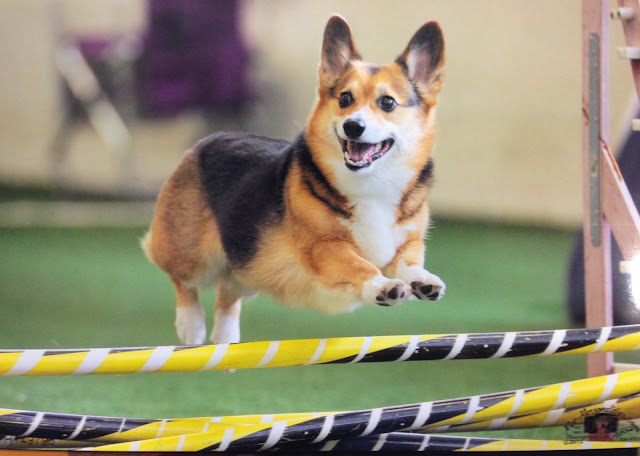 In 2009, Simon (then Buddy) was so fat and aggressive that no one wanted to take a chance on him. “No one believed in him and he sat in a tiny cage at a shelter” Jean reminisces. “Just waiting. I can only hope that God whispered to him every night. Hold on little fella, she’s coming.”

“When I found him at the shelter, I wasn’t expecting to see the fattest Corgi I’d ever laid my eyes on. I rang my husband to tell him. His response? “He sounds perfect! See you when you get home.” My female Corgi Sophie took one look at him and said ‘WHERE did you get THAT and is he staying with us?!’ He loved his new name and responded to it right off.” 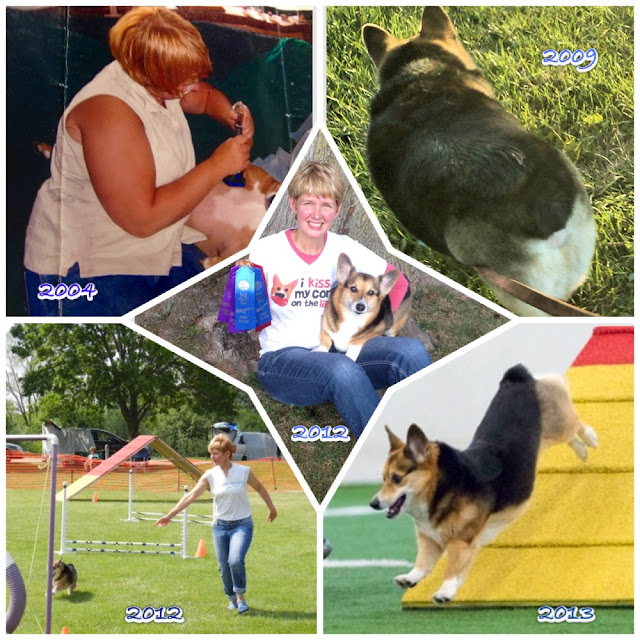 “The first six months went by and Simon was losing weight on a healthy diet and. I was once overweight too and understood his food addiction. Today we’re fit, trim and active.”

“Right around the six month mark, Simon started testing the waters, as his true colors started coming through. He was happy until he heard the word “no” or when anybody tried to take anything from him. Suddenly his eyes would turn jet back, his lips would pull back exposing his fangs and he salivated, braced himself for impact. He had obviously been bullied by somebody who kicked him. There was no talking to him once his eyes turned black. I narrowly escaped “Psycho Simon’s” snapping jaws a few times.”

“I remember standing in the kitchen crying. Why now? Why after six months? What if I can’t reach him? What am I going to do? My husband said, “He’s our son now and we would never turn our backs on him. You can do this. You can reach him! I’ve seen you work miracles with your other animals.” The next day I called my friend Mary Lynn and took Simon to his first private agility lesson. (He was finally thin enough to start training) I told her everything I was dealing with, then smiled and replied “So what you’re telling me is you have a bratty Corgi!” What?! What did that mean? It meant he needed a J-O-B! The more we trained in agility, the further apart his psychotic episodes became. I taught him to “drop it” and back away from food and toys. When he did, he was rewarded heavily. He’s a Corgi! He’s not stupid and caught on quickly that listening to mommy benefited him greatly!” 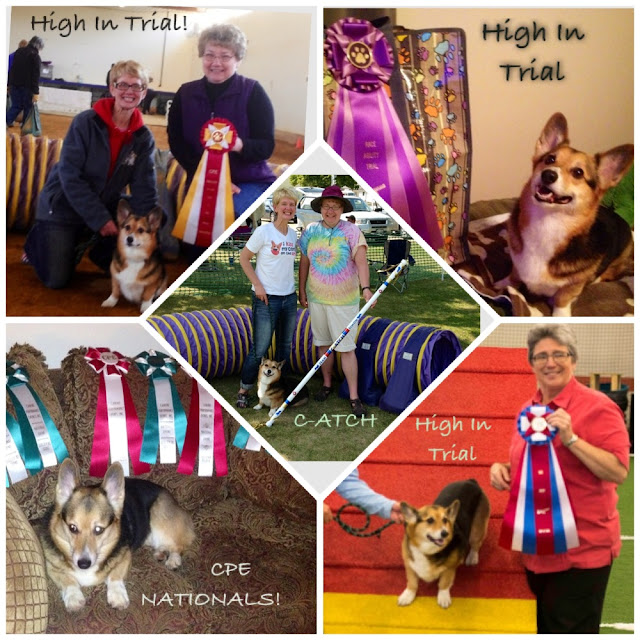 “It took me a full two years to turn him around, but every moment, every hurdle was worth it! He is so friendly and loving now. When strangers meet him and hear his story, they can hardly believe it. HE was a rescue?” 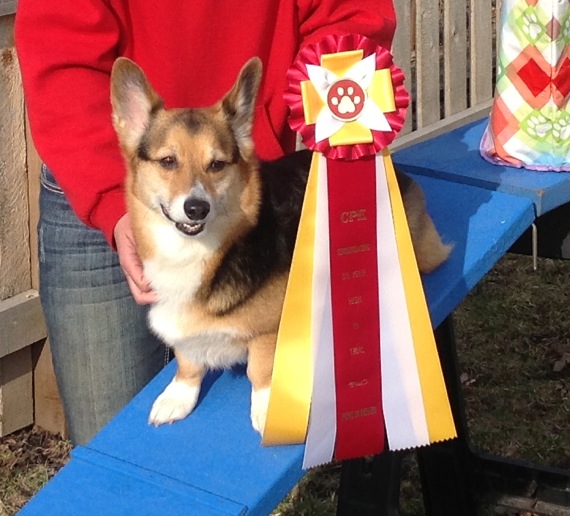 “Yup! He’s living proof of what love can do!”

Ten year old Frankie stakes out his favorite spot on the couch. Flooftastic.   Jasper still looks a lot like a puppy, but he ... END_OF_DOCUMENT_TOKEN_TO_BE_REPLACED