BeBe Queen (take that, BB King!) came to Corgi Connection of Kansas from another rescue with a hernia and no history. “Her name was Candy Cane and we tried to call her CC” says CCK’s Jeanette DeMars, “but BeBe just seemed to fit!” 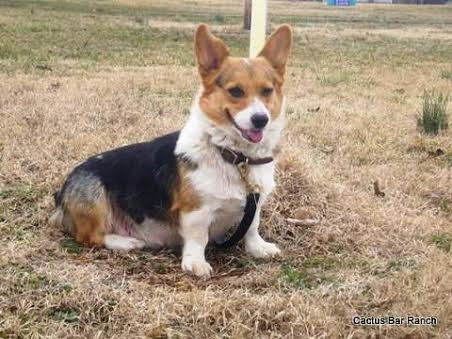 Whatever her background, BeBeQueen is one HAPPY girl and a real character whose nub never stops wiggling. All she really wants is to be petted, cuddled with, fed and walked!

CCK had BeBe’s inguinal hernia repaired at Kansas State University in early October. She also had a smaller hernia which was repaired at the same time. Around that time, this little miss made her first Daily Corgi appearance. Throughout her eight days in the hospital with a drain tube, BeBe never lost her happy temperment.

Following release and a couple of weeks confined (as much as possible) to a crate, she was given a clean bill of health. BeBe needs a watchful eye so she doesn’t overdo it with play. Because her exuberance for life often leads to jumping, CCK doesn’t recommend BeBe for placement in a home with small children, as she may unknowingly knock them down. 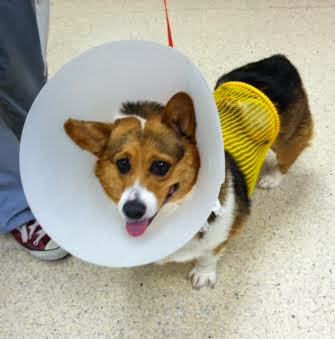 Prior to coming in to CCK, BeBe was in two other veterinary clinics waiting for rescue to take her. She’s spent so much time in her crate that it’s difficult to keep her crated, but she does very well, despite slight protest.

BeBe has been in foster care now for more than a month and is ready for her own fur-ever home. She’s has been living with five other Corgis and has done extremely well. She does get a bit over-excited when the rest of the gang breaks out in chaos; the CCK team thinks BeBe would do best as an only dog where she could get ALL the attention. She would probably do OK with an easy-going male dog. 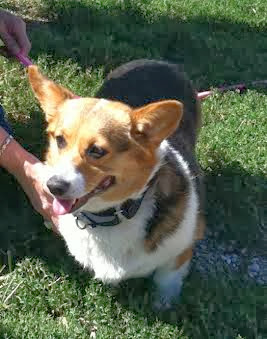 BeBe is a beautiful Corgi with a wonderful coat. She could stand to lose a pound or two, but who wouldn’t after confinement for weeks and weeks? She loves to go for walks and is improving daily on her leash skills.

While this girl’s age is estimated at five, she acts more like a three year old. She needs some manners but has very good recall while running in the yard, and she’s always ready for a snuggle.

BeBe has all her vaccinations, she is spayed, has been on heartworm preventative and is micro-chipped. Interested in adopting BeBeQueen? (Remember: Corgi Connection of Kansas does transport). Drop Jeanette a line: jeanette@corgiconnection.com

Ten year old Frankie stakes out his favorite spot on the couch. Flooftastic.   Jasper still looks a lot like a puppy, but he ... END_OF_DOCUMENT_TOKEN_TO_BE_REPLACED