Oh, if only Coby could talk! Jeanette DeMars has only known him since late October, but he already has quite the story.

Corgi Connection of Kansas acquired this escape artist from the local shelter on December 2nd, after (at least) his fourth trip there as a runaway.

But that’s not where Coby’s story begins… 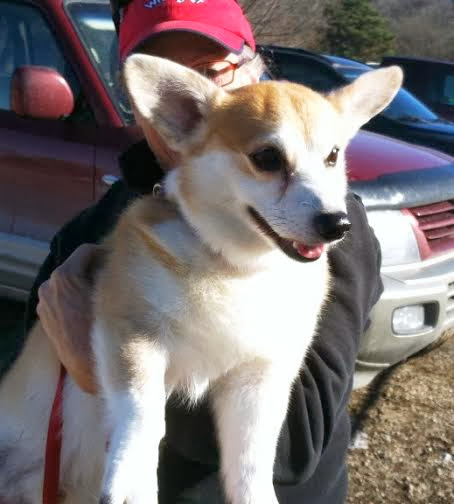 Coby was picked up as a stray in a neighboring town and taken to the local shelter. “From there he was “adopted” by a local couple” recalls Jeanette. “It seems Coby just wasn’t happy with his new home, and they weren’t very responsible about making sure he WANTED to stay there. After numerous escapes, Coby inevitably ended up at the local shelter.

During one of his adventures, I heard about a loose Corgi on the police scanner. I called the animal control officer to verify it was a Corgi and went to visit the runaway the following day. That was his first trip to the “slammer” that I knew about, but later found out he had been there before. The owners bailed him out, and two weeks later Coby was “on da’ run” again. This time I was contacted through facebook about a Corgi found in my area. Legally I couldn’t take him, as my Kansas license doesn’t permit me to take in stray dogs, so to the pound Coby went for the third time. I contacted the owners to see if they wanted to surrender him to CCK, since they were having a hard time keeping him, but was met with a less than pleasant answer. I was also informed Coby had a heart condition and had to be on medicine. After a little research, I discovered the first shelter Coby was at doesn’t even require an application to adopt a pet. They only ask for two forms of identification! The staff at the shelter noted that Coby wasn’t neutered because he had a heart condition and putting him under anesthesia would be too risky.

So I worried about Coby and hoped the owners would contact me before this poor little dog got hit by a car during one of his escapes or dropped over from his heart condition. He was traveling as far as two miles away from his home and kept getting picked up along a very busy highway!

A few weeks later, someone phoned in to a local radio program that they had found a Corgi. Right away I got a phone call about this found Corgi, and knew immediately it was Coby — but what could I do? I couldn’t take him, knowing who the owners were, yet his life was actually in danger. The woman who found him agreed to keep him a few days to see if an owner would contact her, and in the meanwhile we would try to figure something out. But in true Coby fashion, he dug his way out of her yard and ended up at the shelter again!

Third time for CCK was a charm. I guess the owners finally had enough of this gypsy boy and they never came to the shelter to claim him. When his hold was up, I got him out of the shelter and took him directly to the vet, who confirmed Coby did indeed have a heart murmur. It didn’t mean he couldn’t undergo anesthesia, though. She recommended an echocardiogram, to give her a better idea of where the murmur was at. 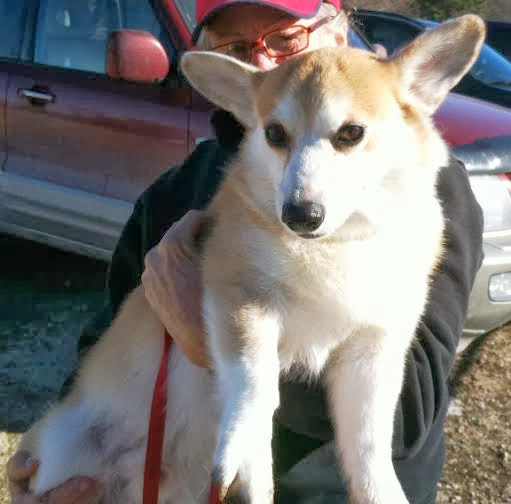 So off to Kansas State University we went to see a cardiologist. Hmmm. Yes, he has what they call PDA (patent ductus arteriosus) on the left side of his heart, a congenital heart defect that resulted in enlargement. Could we get him neutered with that condition? No. He required surgery, and sooner rather than later. The staff were surprised he was even alive. In other words, Coby was born this way, and according to the cardiologist, most dogs born with this don’t live past the age of two.

Did I mention we think Coby is at least five?

There are two methods of treating this condition: a surgical ligation through the opened chest to make the repair, or a ductal occlude via catheter. In other words, access through a vein in the groin area, just like humans or through a jugular to put a “block” in the affected area. Unfortunately, Kansas State is not yet equipped to do the less invasive procedure. The cardiologist recommended the University of Missouri. I asked about Oklahoma State University, and as luck would have it, the cardiologist at OSU was a classmate of the vet at Kansas State! 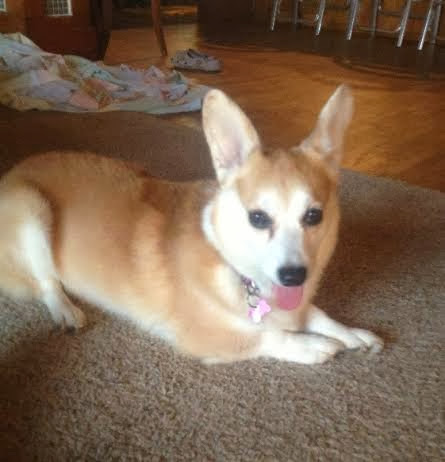 With the help of CCK foster Dallas Hayes, Coby is scheduled for a consult with the cardiologist at OSU on January 6, with surgery slated for the next day if all checks out well. There is still the possibility Coby will have to undergo the open chest procedure if the cardiologist determines the occlude won’t fit properly. We won’t know until he is actually in surgery.

In the meantime, Coby is in a short-term foster home where he is getting fed regularly, walked regularly and has another Corgi companion, thanks to Wendy Perkins. We will get him to Dallas right after the first of year. We have no reason to believe Coby will not make a full recovery and make someone an absolutely wonderful Corgi. He has a great personality, does well in the house, loves to ride in the car and look out the window, does just fine with other dogs and cats, and LOVES everyone he meets. He seems especially excited when he sees children. 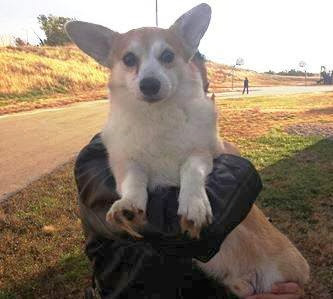 Coby has a bit of a road ahead of him, but Corgi Connection of Kansas will do everything we can to see him through his journey to a new furr-ever home!

For more information on Coby or the work of Corgi Connection of Kansas, drop Jeanette a line: jeanette@corgiconnection.com.

Ten year old Frankie stakes out his favorite spot on the couch. Flooftastic.   Jasper still looks a lot like a puppy, but he ... END_OF_DOCUMENT_TOKEN_TO_BE_REPLACED