Now this is exciting. One of Corgi Nation’s own has wowed the judges at Westminster! Not only did GCH Riverside Telltail Coco Posh win Best of Breed among Cardigan Welsh Corgis at the 138th Annual Westminster Kennel Club Dog Show, this six year-old brindle beauty advanced to compete in the Best of Herding Group, where she took top honors in a field of 25 Best of Breed competitors.

“Team Coco” is making history! “For the first time, one of our own — the first Cardigan Welsh Corgi ever to do so — will represent the Herding Group for Best In Show at the prestigious Westminster Kennel Club Dog Show in New York City” reports the Cardigan Welsh Corgi Club of America. Tonight — Tuesday, February 11th — “Coco Posh” goes head to head with Best of the Hound, Toy, Non-Sporting, Terrier, Working and Terrier Groups for the coveted Best In Show title. 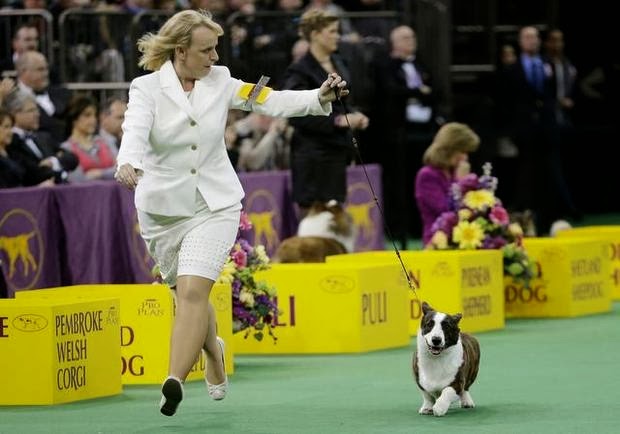 Coco also won Best in Breed at the AKC/Eukanuba Championship in 2013. 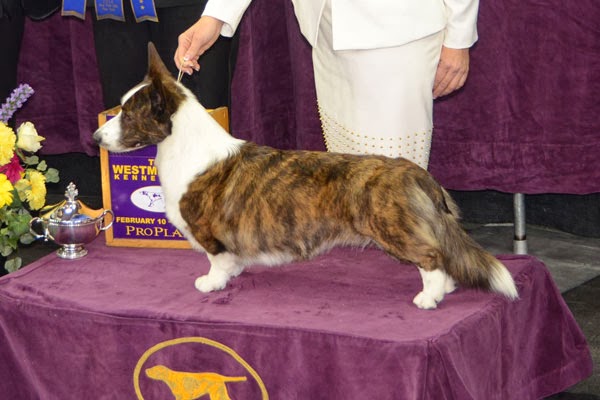 Breeder/owner Julie Divens tells the Modesto Bee: “When she’s on the road, she stays at the homes of either of her handlers, When she’s not on the road, however, she travels in a luxurious motor home, is not shown constantly and gets massages, chiropractic adjustment and lots of beautification and playtime.” (Modesto Bee, 2/10/2014)

Coco’s co-owner Dina Planche tells the Baton Rouge Advocate that “Coco “can sleep with the best of them” and likes to run around with her friends. She loves to play Frisbee, but she will only play with one type, it’s called a flippy flopper, she said. “She’s just manic over that. You can’t believe how much she loves that.” (The Advocate, 2/11/2014)

Sure we can. After all, she is a Corgi! 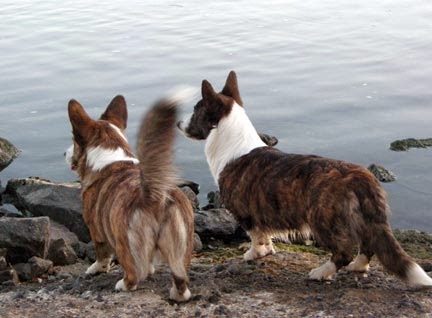 Televised coverage of tonight’s WKC events is scheduled to air on the USA Network from 8-11pm ET / 7-10 CT, 5-8pm PT. Check your local listings for confirmation. For those of you who can’t get enough of dogs and Westminster, there is live streaming during the day (today) of more breed judging at the WKC website here. As I write this, they are streaming live Standard Poodle judging. Oh boy, those are some long legs! 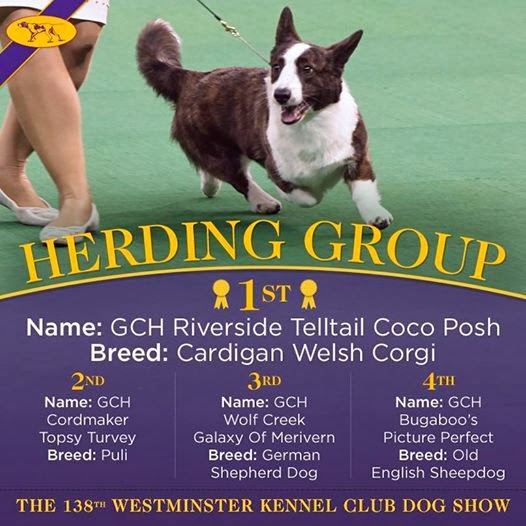 Cardigans came to America in the early part of the 20th century. Read the AKC Gazette feature on Cardigan history at the CWCCA site here.

Ten year old Frankie stakes out his favorite spot on the couch. Flooftastic.   Jasper still looks a lot like a puppy, but he ... END_OF_DOCUMENT_TOKEN_TO_BE_REPLACED