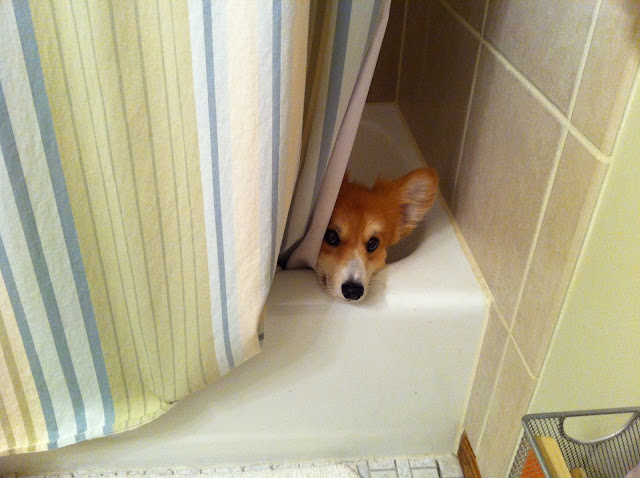 … or Frankie The Fluffy Corgi, or simply Franklin when he gets himself into trouble. 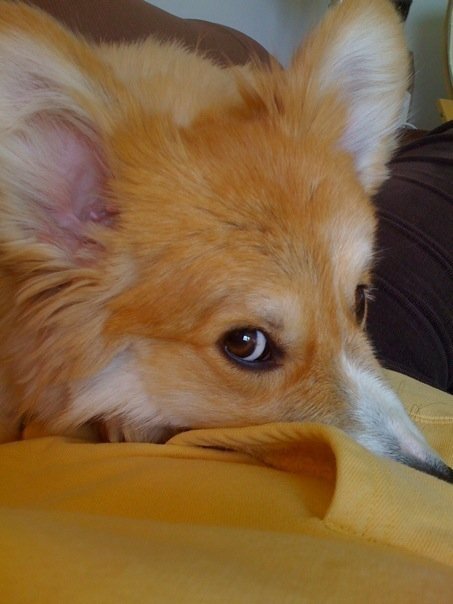 What’s that, you say?  Corgis don’t get into trouble?
Houdini dog here has managed to escape from vehicles with only a window cracked.  His Mom Tiffany once left him in a car for only three minutes when she was dropping something off, and when she came back Frankie was sitting outside the door trying to figure out how to get in.  Talk about your near heart attack!
Needless to say, he now has a car seatbelt. 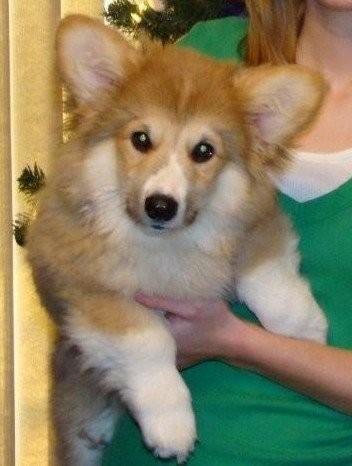 “Frankie has also climbed four foot high fences, escaped kennels, climbed kid gates, and the list goes on … he’s a sneaky devil, but in all these situations he’s really just trying to find me.” 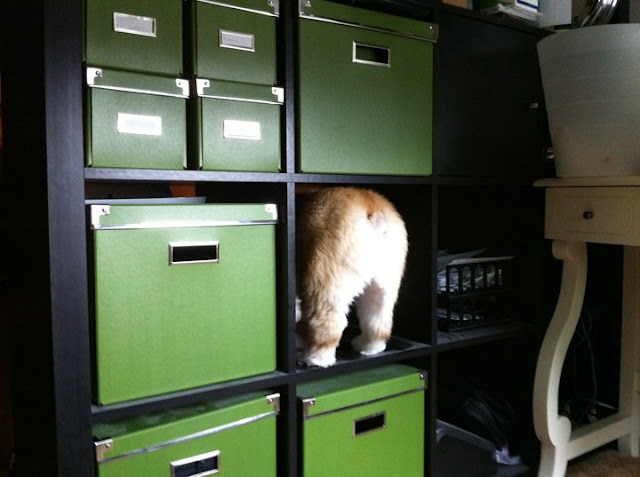 Mom, are you in there?
This character has his own Facebook page and YouTube channel. Standard celebrity operating procedure in the age of social media, people!

“The Benedict in his name is for his tendency to turn traitor in a heartbeat for the right toy. As soon as Grandpa picks up a squeaky toy, all bets are off as far as Frankie listening to me or anybody else.  Silly boy. Those are definitely “Franklin” moments!” 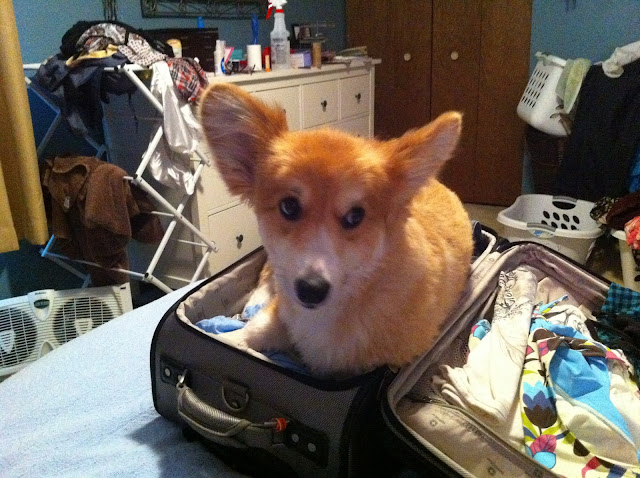 “I grew up with Corgis and they have always just cracked me up with their personalities and expressiveness. I don’t know that I could ever own another kind of dog — they are just too dang funny!” 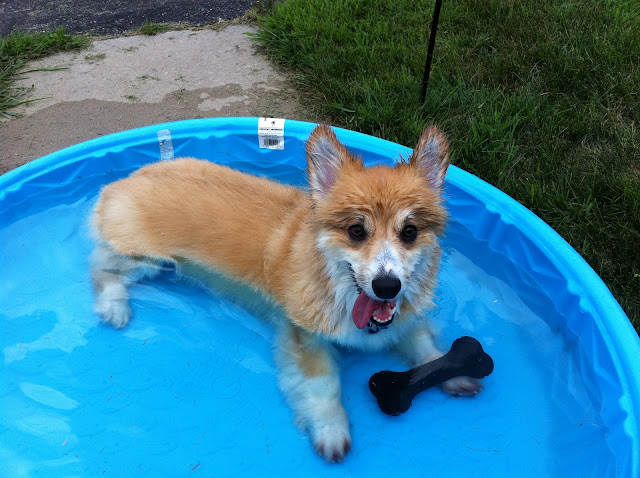 “We adopted him in the Spring of 2009, though we didn’t get to enjoy his puppy days because we didn’t get him until he was six months old.  He’s the most mellow Corgi I’ve ever known, which isn’t to say he doesn’t FRAP plenty, fetch until he can’t walk anymore, and maintain a constant game of “war” with Bean the cat.” 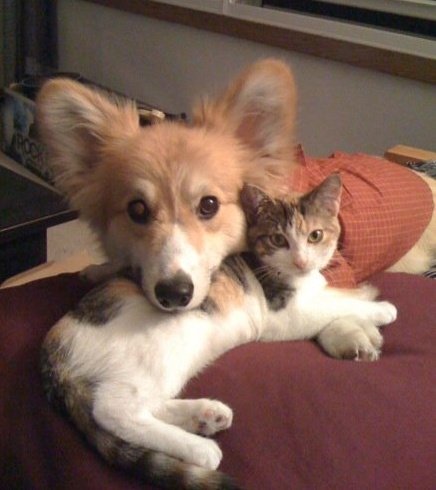 Consorting with the enemy. 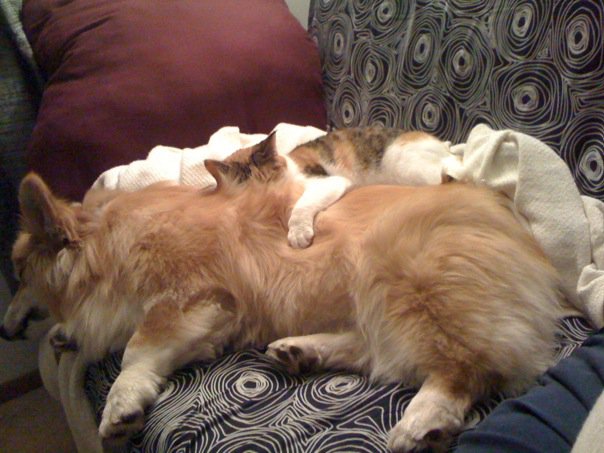 War games tire a fellow out! 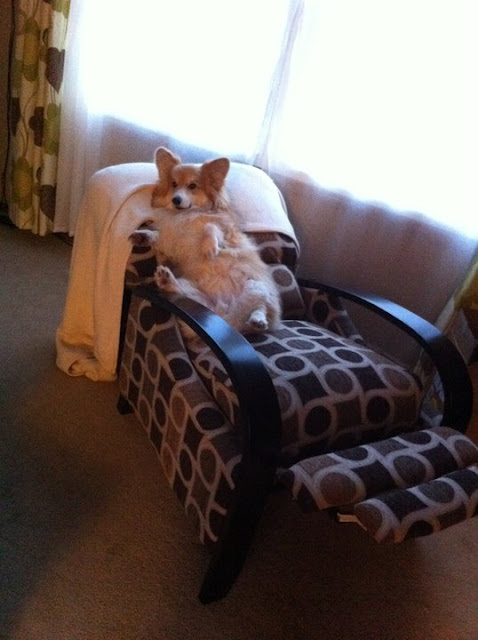 “He really has been the most fantastic addition to our family, and learned in no time flat that he’s his Mom’s furry little child.” 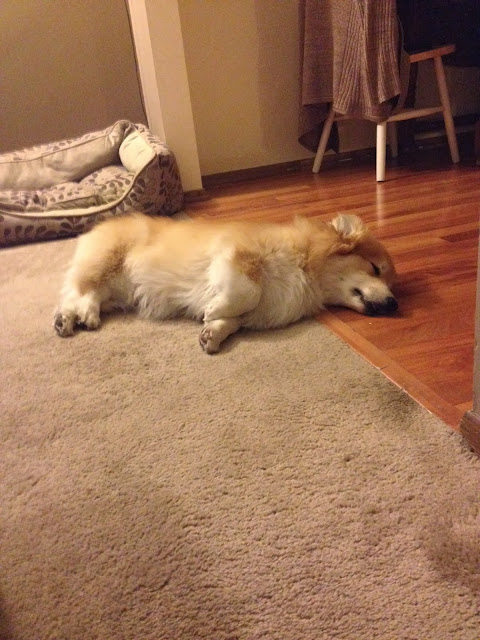 “Frankie is hilarious and I think he goes out of his way to make us laugh.” 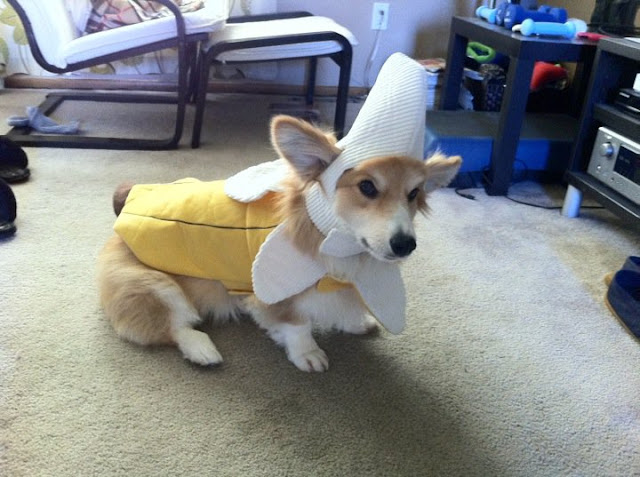 “Whether he’s tolerating his banana costume … 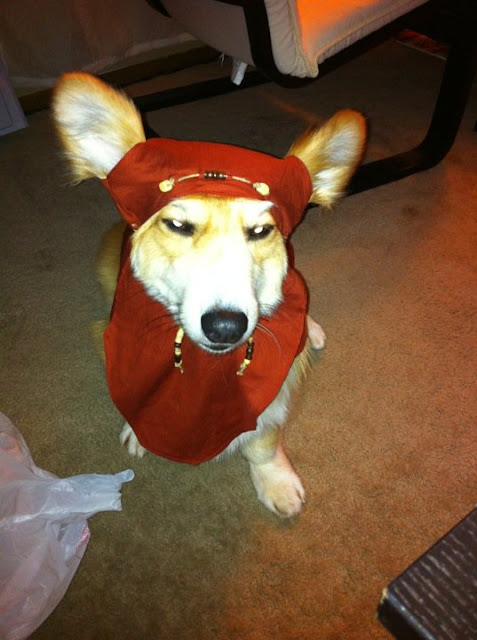 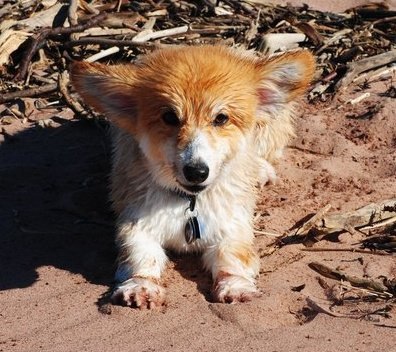 … just being a goofball … 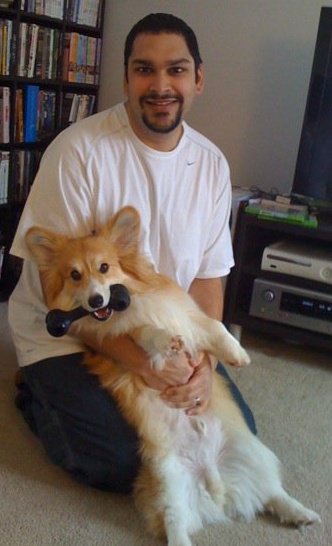 … or toting around his favorite Kong bone, he’s my best friend, and unlike any Corgi I’ve ever known.”
“We’re currently working on therapy dog training so I can share Frankie’s awesomeness with others. He’s a teddy bear who just wants to give snuggles and get kisses.” 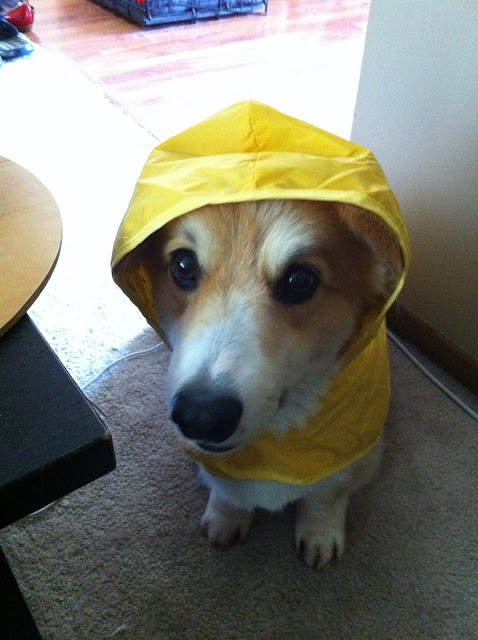 Welcome to The Daily Corgi Frankie!

Those cuddles and kisses sound pretty good, so if you’re ever in my neighborhood …

Today’s feature was first published on The Daily Corgi October 20, 2011.

Ten year old Frankie stakes out his favorite spot on the couch. Flooftastic.   Jasper still looks a lot like a puppy, but he ... END_OF_DOCUMENT_TOKEN_TO_BE_REPLACED