This is Ducky’s story, as told by his family (who loves him BIG!) 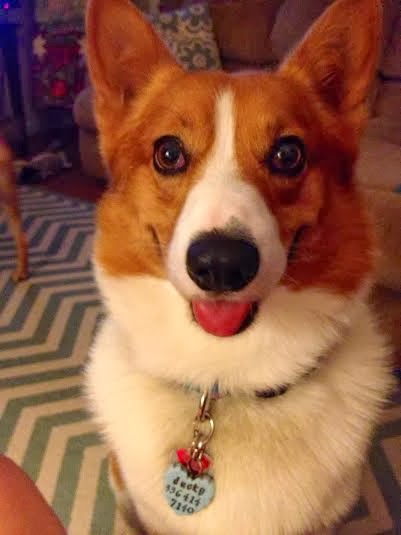 “I was browsing the internet one afternoon in August of 2012” writes Marie L., “looking for Corgis for adoption. I saw an available Corgi in North Carolina on Petfinder. Two hours away, but still pretty close. Ducky’s picture was adorable and I immediately contacted the rescue organization about him. My husband and I were going to be in their area the following day, so we arranged a visit to the foster home to meet this Corgi. He was just as adorable as his picture, and the story of how he was rescued just broke my heart.”

“I was also heartbroken to see that he was living in a foster home with 15 other dogs in an environment that was less than ideal as far as cleanliness and space. It smelled horrible. I don’t think he was being mistreated at all there; it was just too crowded and the foster mom was overwhelmed. She told me the Corgi had been rescued when their organization busted a Shih Tzu puppy mill, saving 30 puppies, several adult dogs, along with two elderly Shih Tzu’s and Ducky, who were being kept outside in a chicken coop. Ducky was filthy, starving, and mildly aggressive because he was absolutely terrified.”
“He was taken to the rescue headquarters where the vet examined him, and Ducky was quite malnourished. They kept him there for a while until he gained some weight and was re-socialized. He had been at the foster home for about a month when we met him, and he was just a very nervous dog. His surroundings were so chaotic and he got very little individual attention. We just knew we had to get him out of there. The approval process took about a week, and we wanted him to meet our other dog Daisy before we decided for sure. After a meet and greet at a dog park the following weekend, we brought him to our house, where he made himself right at home! Later in the evening, he joined Daisy in his new Dad’s lap. It’s one of his favorite spots to this day.” 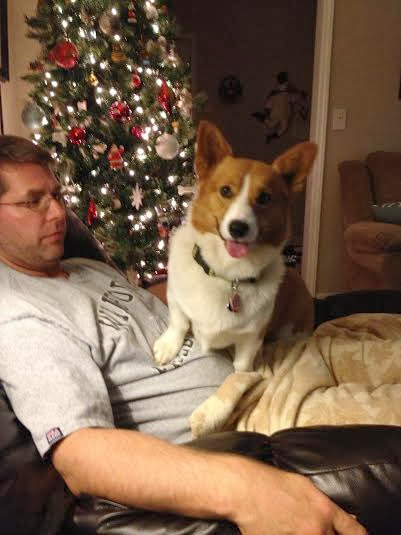 “Ducky’s first week with us was spent establishing the “pecking order”. There was lots of squabbling about that. One night they got into a fight over a toy and Daisy made it perfectly clear to Ducky who was in charge. We spent about three hours at the vet getting Ducky’s ear sewn up. There have been no problems since: Ducky knows who the boss is!”

“We soon realized that he didn’t really know how to “be a dog”. He played OK with Daisy, but had idea what to do when we tried to play with him. He just followed her lead in everything, a total “monkey see, monkey do” situation. He didn’t know any basic commands, was terrified of things like the remote or a newspaper, and noises would just make him jump out of his skin.” 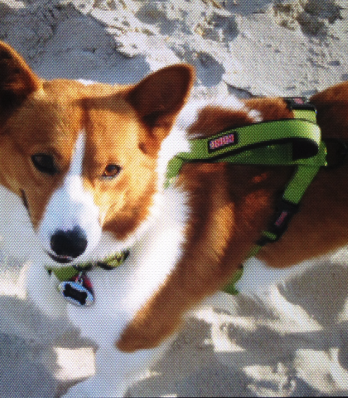 “We worked with Ducky a lot, starting out with giving whatever amount of petting, love and attention he would accept. He was reluctant for quite a while. You could tell he was still very unsure and didn’t trust us. Ducky slowly came around a little and he learned all of his basic commands. Our son taught him a few cute tricks. Being affectionate was still a problem for him even after six months, but we just continued to give him his space.” 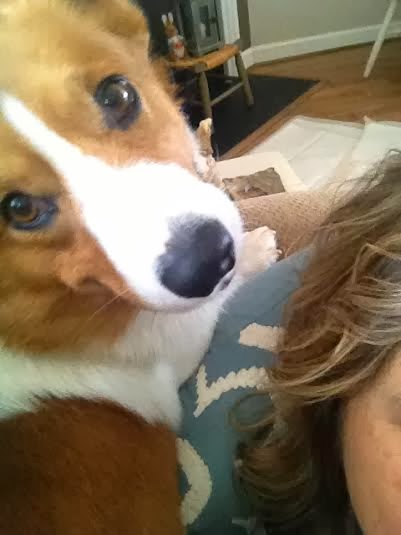 “Then magically one day, it was like a light switch went off, he suddenly became this sweet, loving, snuggly little nugget! He smothers all of us with hugs and kisses all the time now. In fact, I have to change clothes immediately when I get home from work because I know as soon as I sit down, he’s going to be in my lap and all in my face giving me “loves”. He makes the funniest noises when he hugs and kisses on us, like he’s trying to tell us how much he loves us.” 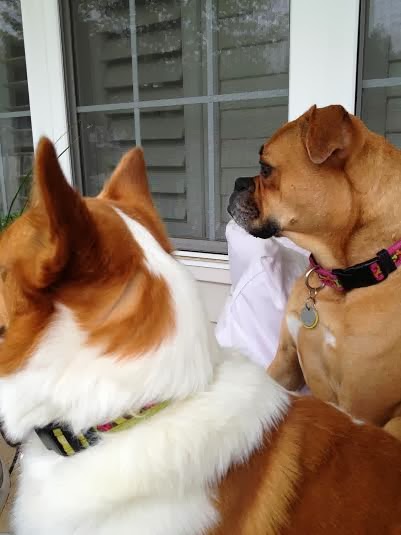 “Luckily, Daisy and Ducky have become serious BFF’s. She has done a great job as big sister with helping him to adjust. They adore each other and have so much fun together. These two keep us laughing all the time. Playing football in the backyard is their favorite thing to do, after which they come inside and have a long running fit before collapsing for a nap.” 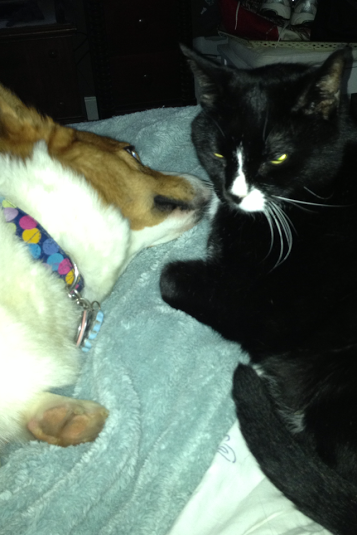 “Our cat Bean is Ducky’s close buddy too. They like to go outside together, and Ducky guards her like it’s his job! If she goes out alone, he checks her out from head to toe when she comes in to make sure she’s okay.” 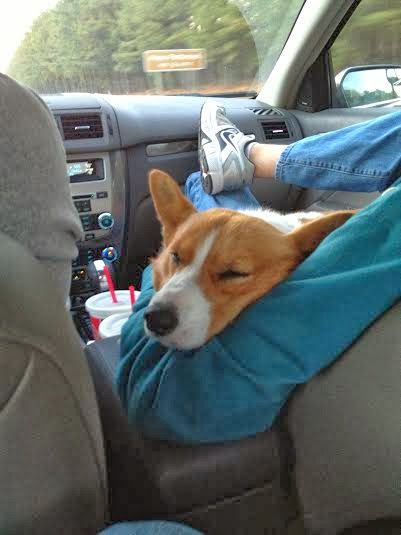 “I’ve had lots of rescue animals throughout my life, but I’ve never had one so traumatized who then made such a dramatic turnaround like Ducky. I’m so proud of him and we love him so much.” 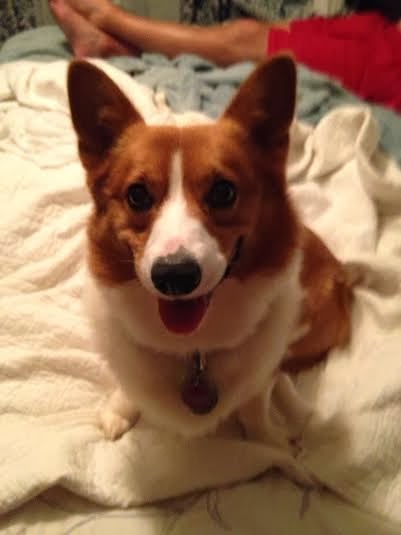 “Our goal is to make the rest of his life as happy and carefree and full of love as we possibly can, and to add as much joy to his life as he has to ours!”

Ten year old Frankie stakes out his favorite spot on the couch. Flooftastic.   Jasper still looks a lot like a puppy, but he ... END_OF_DOCUMENT_TOKEN_TO_BE_REPLACED