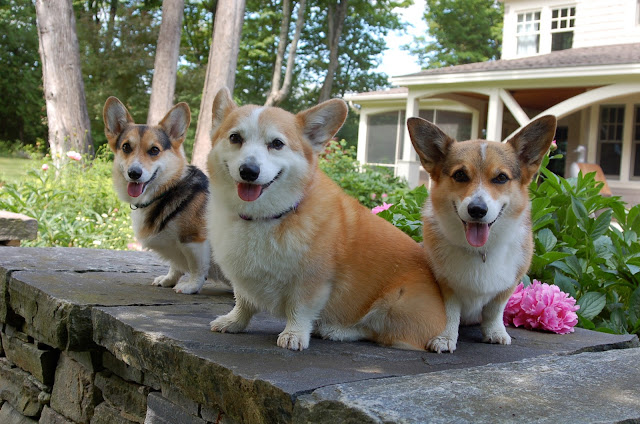 Collectively, these fearless leaders form a firm Corgi-ocracy.  Twelve paws to rule them all! 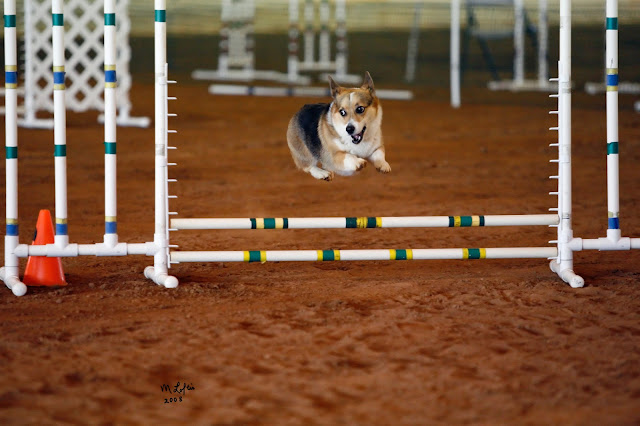 Retired agility ace Ruby was
given to the Louisiana SPCA when she was two by an owner who just didn’t
have time for a busy and playful Corgi, and she found her home with two
humans, two German Shepherds and a Labrador. 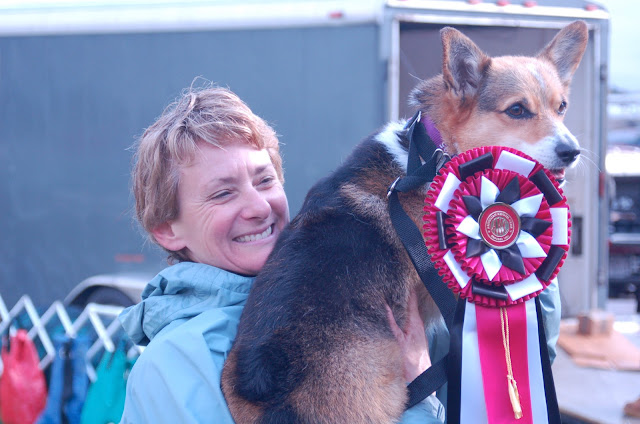 Earning her MACH (and a lot of treats)!
Of course 20-pound Ruby was
much bigger than any of these other creatures and in no time flat ruled them all. 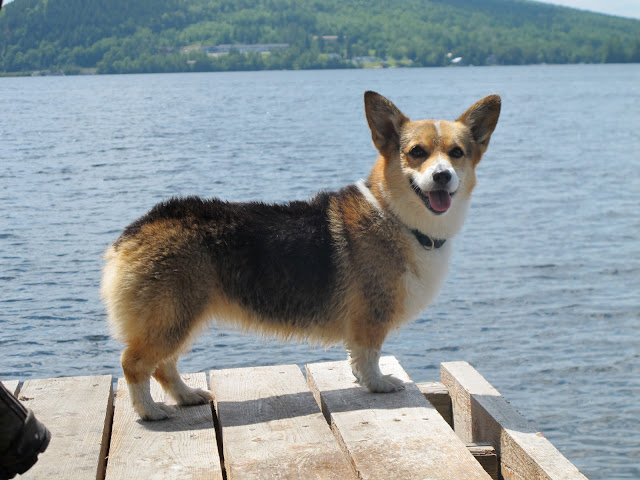 It’s good to be queen! 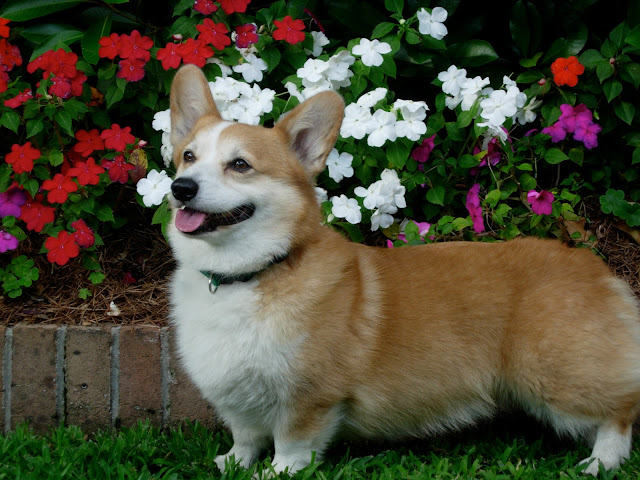 “Samwise joined Ruby a year later. He was rescued by the wonderful Lindy
Bezdek of the North Texas Pembroke Welsh Corgi fanciers. He is sweet, mellow and cute. We re-named him Samwise after the blond hobbit in
Lord of the Rings who is such a devoted friend to Frodo.” 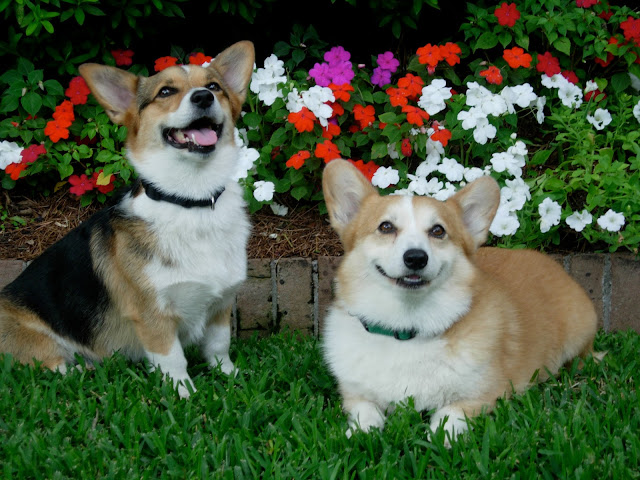 Sam is
indeed devoted to Ruby, but she doesn’t notice. 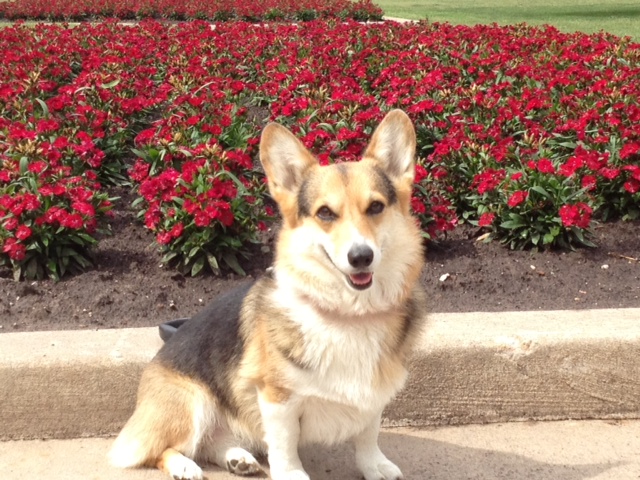 “Youngster Delilah was also given up to Lindy’s group. She belonged to
kind but busy people who realized she would be happier in a home with
more space and free time to be spent feeding Corgis, brushing Corgis, doing agility with Corgis, throwing the ball for Corgis … is
there a theme here?” 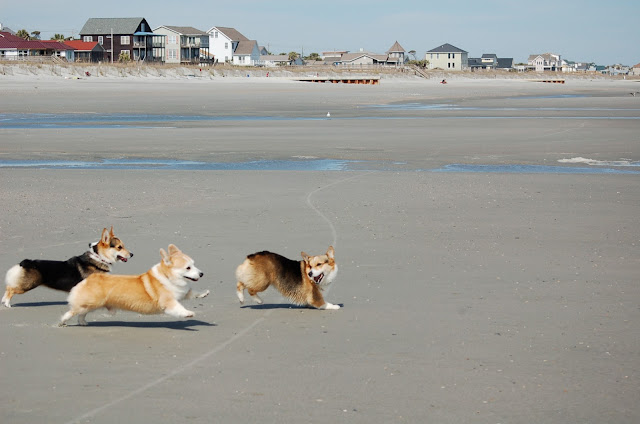 Beach buns on the run. 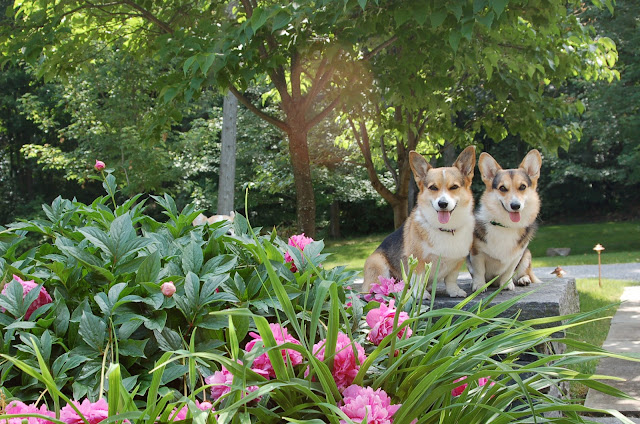 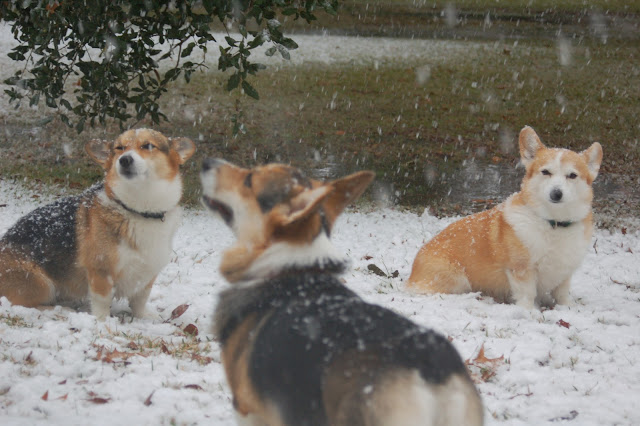 “Corgis are the small dogs who can do it all!”
You got that right Virginia, just don’t tell them they’re small.

Ten year old Frankie stakes out his favorite spot on the couch. Flooftastic.   Jasper still looks a lot like a puppy, but he ... END_OF_DOCUMENT_TOKEN_TO_BE_REPLACED