Einstein is a 19-month old, bright-as-a-button Pem who lives with his family in Las Vegas. 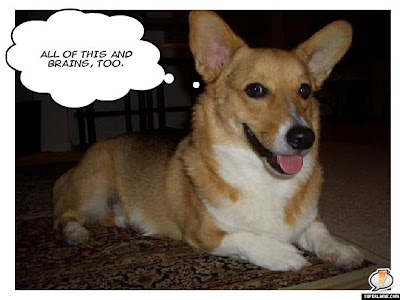 He loves to wake Mom and Dad up with a curiously feline “whoooo” at six sharp, followed by a bit of yoga, when he shows off his “bear butt” with the downward dog. (Einstein, we won’t tell anybody they secretly call you “Meow Meow”). 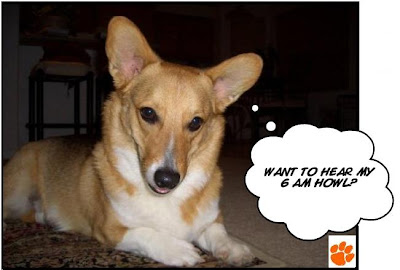 It doesn’t snow every day in Vegas, but when it does outdoors-loving Einstein doesn’t let the weather stop him. In fact, he likes the white stuff! 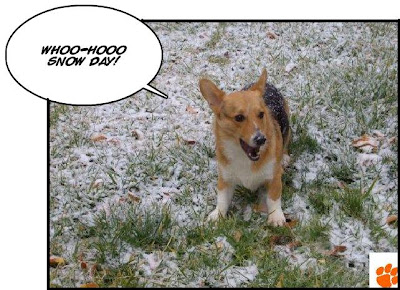 This youngster’s a triple threat with the soccer ball (kicking, chasing and biting), and like many Corgis he loves to frap (Frantic Random Acts of Play). Einstein’s a heck of a sleeper, but even in the depths of dreaming he can hear the sound of the refrigerator door opening. Morsels don’t stand a chance! 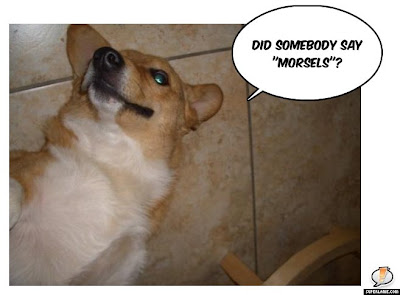 He knows just how to work his wide grin and is always up for a cuddle. The only creature he has ever taken a dislike to is a relative’s cat.
Of course, that’s the cat’s fault. Not Einstein’s.

Ten year old Frankie stakes out his favorite spot on the couch. Flooftastic.   Jasper still looks a lot like a puppy, but he ... END_OF_DOCUMENT_TOKEN_TO_BE_REPLACED