Today marks Pasco’s debut on The Daily Corgi. Mom Tonya found this 3.5 year old Pembroke on petfinder.com in September of ’07. He had been found on the side of the road and picked up by a kind stranger, where he was taken to Animal Control and named “Pennington”. Tonya knew right away he was the dog for her when she spied him on the petfinder site.
It’s easy to see why! 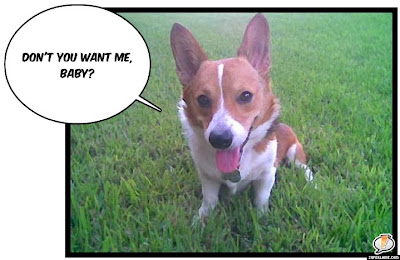 Pasco stepped right in to his self-appointed role as big brother of the family, composed of a little Papillon sister named Ruby, two kitties (one of which is a rescue, one-eyed since birth), three rats, and four rabbits. Two of the rabbits are currently fosters. 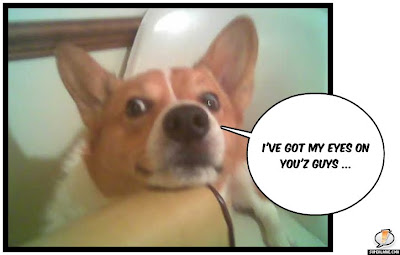 Pasco keeps his little herd protected and out of harm’s way. But is IS exhausting. 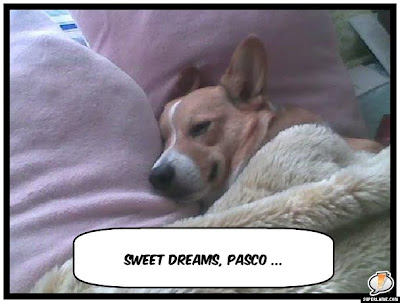 This Corgi is a go-everywhere, get-in-the-car before anybody else does kind of dog. He grins all the way there (wherever “there” is) and home.
Says Tonya: “Pasco keeps me in line with my deadlines to make sure everything is done with our Corgi Meetup Group (and let me be the first to say he does the work and puts my name on it). Every month, we meet up with multiple Corgis from the Central Florida area, and he has never met a Corgi or person he didn’t like. Pasco is full of love, and just wants to share it with the world. And I just want to help him!” 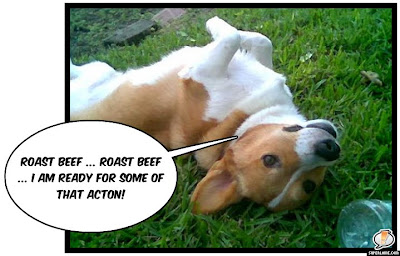 In return for all this love and loyalty, Pasco is king of Tonya’s bed. He gets plenty of long walks and swim time, where he splashes to his huge heart’s content. Like most Corgis, his powers of persuasion (pathetic eyes, dramatic “little-dog-starving” face) around food are developed to the point of near deviousness.
He is a complete goner for roast beef, around which he can scarcely control himself.
* * * *
Barrels of biskies to one fine dog indeed! Pasco, you have earned today’s spotlight!
WOOF-TASTIC CORGI-NESS!

Ten year old Frankie stakes out his favorite spot on the couch. Flooftastic.   Jasper still looks a lot like a puppy, but he ... END_OF_DOCUMENT_TOKEN_TO_BE_REPLACED