Eight year-old Herman came to live with his family two years ago, when they adopted him from the Humane Society in Newcastle, Wyoming. He currently calls Casper, Wyoming home. 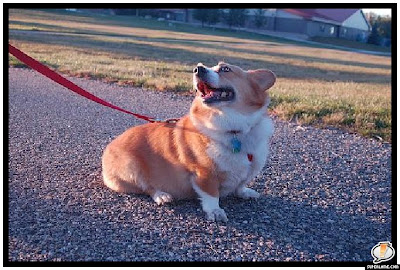 Herman had been a breeding dog but just got too old and his owner dumped him. His new family has seen him through mites, worms, skin issues, kidney and thyroid problems, high blood pressure, and pneumonia. For a while they even thought he was in heart failure. In his forever family, handsome Herman has blossomed and found his Corgi bark, which he uses often. 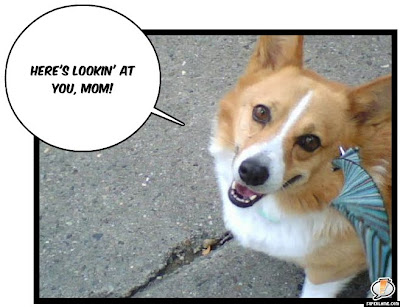 They’ve gone through a whole lot together, including Mom Lesley’s loss a year ago of a beloved sister, seven months pregnant with a son when she was killed by a drunk driver. “Herman has been a short-legged angel to my family and has brought us a lot of joy in this rough time” says Lesley. 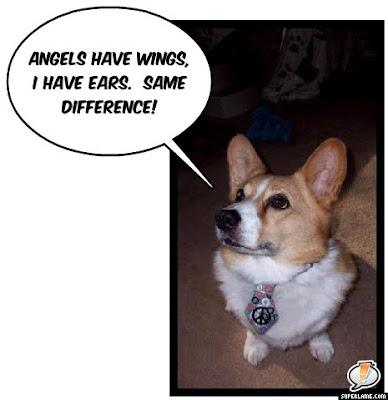 “When he can sense you are sad he jumps up on your lap and refuses to move. I think if he hadn’t eaten all his chewies he would offer me one.
I think really — he rescued me.” 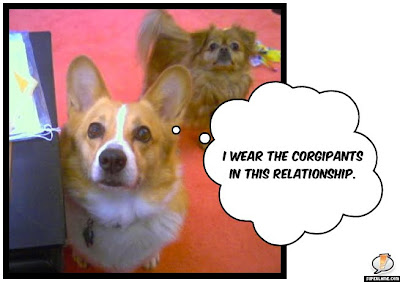 Herman appointed himself herder of the three cats in the household. His live-in girlfriend is a Chihuahua/Pekingese mix named Feo who bosses him around. 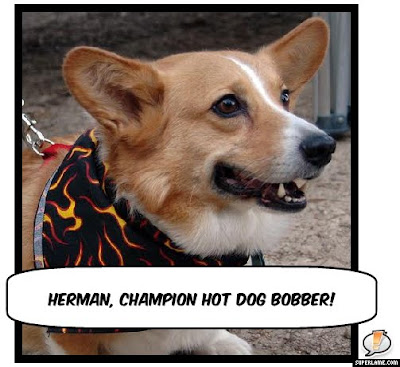 His biggest claim to fame was winning the bobbing for hot dog eating contest at the Corgi gathering in Casper.
His vet has nicknamed him “The Herminator”! 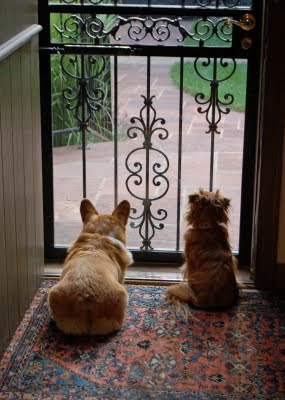 All in all, I’d say Herman is a pretty remarkable dog. In fact, I’d say he’s a hero!
All hail Herman!
* * * *
Feel the CORGI POWER and HEALING and LOVE.

Ten year old Frankie stakes out his favorite spot on the couch. Flooftastic.   Jasper still looks a lot like a puppy, but he ... END_OF_DOCUMENT_TOKEN_TO_BE_REPLACED